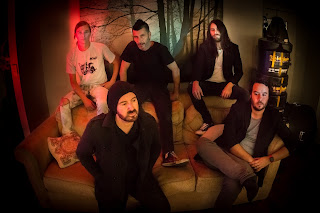 The Girl Folder - Once More Into The Night.

Background - Indie rock band ‘The Girl Folder’ have announced the release of their newest single Once More Into The Night, set to be released on 25th August 2017. Featuring melodic hooks and harmonic vocals the single encompasses the true sound of the band, as put by the band themselves

“There’s melody in everything we do. It’s the only rule, well, unwritten rule that we have as a band. Anything goes as long as it works, but it has to be melodic.”

Inspired by the likes of Arcade Fire and Boy and Bear, their newest single offers a uniquely soothing sound whilst remaining true to their indie rock roots and incorporating influence from all over the world with band members all hailing from different locations.

‘Once More Into The Night’ is set to be released on 25th August and will be available via all major media providers. More information about the fivesome and any upcoming tour dates or releases can be found on their social media pages. Facebook here.

We featured The Girl Folder back in November last year and are more than pleased to share the new video for 'Once More Into The Night'. This is a really powerful indie rock song that builds into a mesmerising chorus, fabulous! 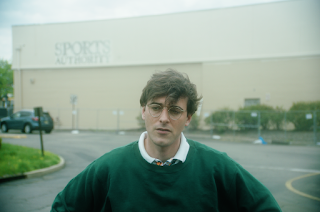 Ducktails - Map to the Stars.

Background - Matt Mondanile’s sixth full-length album as Ducktails, Jersey Devil, is a mature, multi-faceted work that emerged from the New Jersey musician’s return to his DIY roots. Drawing inspiration from diverse sources, including the cosmic jazz fusion of Haruomi Hosono, the LP showcases a huge leap forward in songwriting and production for Mondanile. The album is due Oct. 6 on Mondanile's own New Images label. You can pre-order it here.

Jersey Devil was recorded over the span of two years despite frequently unfavorable circumstances. Mondanile started working on the record in Los Angeles prior to his departure from Real Estate, in a cramped, stuffy warehouse space he converted into a modest studio. A few good friends came to his aid: John Anderson (Girls, Sky Ferreira) helped produce and compose, as well as tracked some killer guitar lines. Malcolm Perkins and Samira Winter sang beautiful harmonies while John da Costa contributed brilliant drum fills. Mondanile also flew over Chi Yoon Hae of the South Korean indie band Parasol to play bass.

However, the songs really became what Mondanile had envisioned after moving back to his hometown of Ridgewood, New Jersey, where he finished writing and recording the material in his mom’s basement. The quiet, familiar space surrounded by wood-paneled walls provided endless inspiration. Once finished tracking, Mondanile would take the commuter train to Hoboken, grab a cup of coffee from Dunkin Donuts, and mix the album with engineer Ernie Indradat at Sonic Youth’s Echo Canyon studio. “Everything felt right: the mini mall across the street, the stock brokers walking their dogs, and the sweet summer smell in the air” says Mondanile about the final days of work on Jersey Devil. Live dates on Beehive Candy's tour news page, Facebook here.

There is a laid back confidence within 'Map To The Stars' a song that is polished and oozes style, whilst retaining enough heart and natural feeling, to ensure it registers well above just being slick. 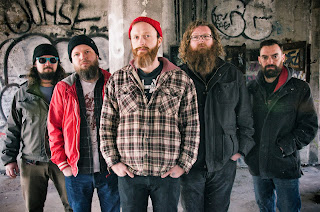 Background - Louisville’s indie darlings Quiet Hollers recruited pro wrestler Kongo Kong to destroy them in the ring for their incredible new music video for “Pressure”, one of the standout post-punk tracks on their new album Amen Breaks that came out July 7th via sonaBLAST!

Regarding the video, Quiet Hollers’ frontman and primary songwriter Shadwick Wilde says, "The lyrics of "Pressure" are some of the darkest I've ever written... so we felt it was important to contrast them with a video that was pure fun. They deal with questions of self-image, depression, masculinity, and how they relate to life in the music industry. In the video, both Kongo Kong and the band are at the mercy of their chosen profession, pitted against one another so that others might profit from their talents.

What better way to talk about toxic masculinity and mental health than through the lens of professional wrestling-- a sport in which those two issues have had far-reaching consequences. It also serves as a metaphor for the life of a touring band. You show up to a strange building in an unfamiliar place, not knowing what to expect or what is expected of you... and sometimes it really beats the shit out of you. We also just wanted to see each other get thrown around by the biggest, baddest dude we could find. Fortunately for us, that turned out to be Kongo Kong, who has travelled the world to perform his art, as far as India and Japan, and was able to coach us through each move.” Facebook here.

Just over a month ago we featured 'Wheel' from Quiet Hollers & that was only a fortnight or so, after our first helping form the bands recent album release. 'Pressure' is just to good musically to pass up on, however it's the video that really deserves watching. Professional wrestlers know what they are doing, chucking a few musicians around in & out of the ring, well that takes performance art to a whole new level...