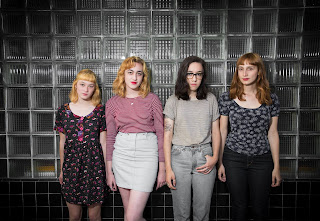 Background - With their respective tongues in their respective cheeks, Sami, Hannah, Eva, and Sinclair of The She’s proudly present to you their second LP - "all female rock and roll quartet". This time The She’s are behind the wheel, self-producing this release with counsel and encouragement from tUne-Yards’ Merrill Garbus.

Lyrically, The She’s deliver a more mature, grounded, and self-aware album than ever before. Their storytelling is cathartic and relatable. Across twelve tracks, The She’s examine themes of guilt, heartbreak, disappointment, frustration, yearning, and acceptance. The She’s effortlessly balance lyrical sophistication and bluntness, like in “Death Dreams” when Sami plainly asserts, “hate how you treat the air like you’ll find your breath in it somewhere.”

Tonally, "all female rock and roll quartet" strays a bit from earlier releases. Drawing inspiration from Thao & The Get Down Stay Down, Sleater-Kinney, and tUne-Yards, The She’s have officially leveled up in terms of sonic experimentation and eccentricity. From the blown-out wall of blistering guitars in “Ashes”, to the trance-inducing ebb and flow of the rhythm section in “Sorry”, to the spacious, angelic build up of vocal, guitars, and percussion in “Holly”, The She’s second LP offers up a plentiful spread of compelling tones and arrangements for listeners to lose themselves in.

"all female rock and roll quartet" is not what long time fans of The She’s might expect. Some time has passed since their last release, and it seems as though they’ve been through some stuff since then. Sonically raw, this album is a vulnerable and honest depiction of who The She’s are now. "all female rock and roll quartet" boasts a new level of confidence and creativity in their songwriting, storytelling, and musicianship; willingly letting moments go unresolved and letting loose ends hang with intention and certainty. Bandcamp here, Facebook here.

'Heartache' is a beautiful swaggering alt rock song, that has a natural live feel to it. Full of hooks and free of any pretentious moments, it's one fine rocker. 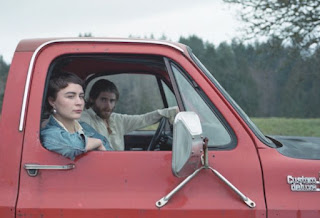 Adding to the starkly naked approach of the record, the group reinvisioned lyrics from McDonnell's mother, Virginia Maurer, for the single “Love Letter.” Riley Kendig, also living with Dunphe and McDonnell, Mirce Popovic joined the band to help arrange and perform the deeply personal songs for this five song EP. Recorded and mixed by Captain Tripps Ballsington, The County Liners debut is nothing short of heartbreaking. Bandcamp here.

My first impressions were, 'Love Letters' sounds like a late seventies new wave song (maybe Television) performed with more modern Americana vibes. I reckon there are enough complements within that assessment, to leave it just there! 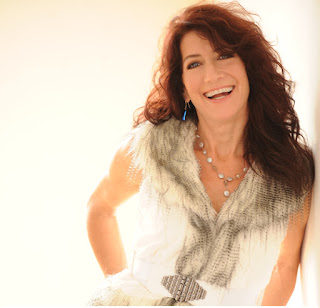 Background - NYC recording artist Valerie Ghent celebrates her newest video, New York City Streets, with a worldwide release on youtube.com/valerieghent and a call for response videos made by anyone who loves New York City.

A love letter to her native city, the New York City Streets video was shot in all five boroughs of The Big Apple, in dozens of locations, many of personal significance to the enthusiastic and rockin’ NY singer/musician/composer. “New York is a beloved and iconic city for people around the globe”, Valerie says, “Whenever I travel people tell me how much they love NYC! So I’m inviting anyone who loves New York City to make your own video with the song, showcase your favorite parts of New York, and post it on YouTube. Show us your “New York City Streets!”

'New York City Streets' took me straight back to The Crusaders & Street Life. It's not a clone of said song, it just has that wonderful vibe and a timeless feel. The video is equally wonderful. 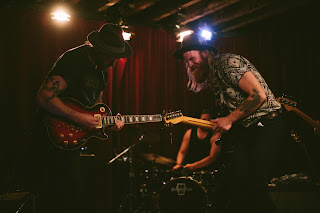 Recorded at Little Red Sounds with Felix Fung And recorded over the course of three long days really pushed the band and producer to their fullest. The band released their first single "Pieces" on October 1st, 2016 followed by a full release of the EP on November 1st.

The anticipation of their EP was strengthened by word of mouth from their electric live performances and off stage antics that has garnered attention from the Fox Cabaret, the Biltmore, Roundhouse radio and headlining Beatroute's Rifflandia stage (last minute) at the Copper Owl.

They have shared the stage with the likes of, Wishkicker, Leisure club, Peach Pit and Dopey's Robe. They returned to the studio this summer to start work on their first full-length LP. Bandcamp here.

With an album on the way the original 'Ponytails EP' is getting a fresh share & is most definitely worth a feature. A collection of fresh indie sounding rock songs, the EP may well be the first step for a good few people to check out what's to follow. 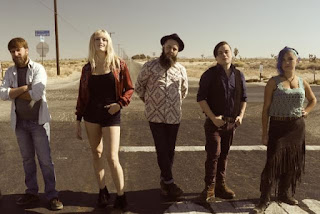 The Sound of Ghosts - Train To Nowhere.

Background - The Sound of Ghosts are an Americana roots musical collective hailing from Los Angeles, California. The five-piece collective of accomplished musicians have crafted a musical experience unlike any other with their unique arrangements and vast variety of influences. A culmination of traditional front porch Americana, folk-laden melodies and vintage rock’n’roll, The Sound of Ghosts have succeeded in bringing their own edge to this timeless genre of music.

The Sound of Ghosts are James Orbison (vocals, bass), Anna Orbison (vocals, ukulele), Ernesto Rivas (lead guitar), Phoebe Silva (fiddle) and Jon Sarna (drums). United they have pushed the boundaries of typical Americana and created an ever-evolving sound demonstrating the diversity of each of their own different musical backgrounds. Included in this are elements of classic rock, musical theatre, country and everything in between, Rivas explains “everyone's different perspective is an essential part to the diverse sound we create”.

The Sound of Ghosts formed in memory of the band’s friend Dave Lamb, who passed away too soon from Leukaemia. Lamb headed an acclaimed band ‘Brown Bird’ with his wife that was named NPR’s folk group of the year. James Orbison was touched and inspired by the impact Lamb had made on not only him, but the community around him. James Orbison fell back into music as a mechanism to cope with his grief, where he consequently rediscovered his passion for writing and playing again. They decided to name their band ‘The Sound of Ghosts’ which was the title of Brown Bird’s first album, as a way to honor Lamb and to be constant reminder of his love for music.

Their upcoming release entitled Delivery and Departure is filled with diverse soundscapes and a multitude of sonic textures. The new music is set to be an immersive listening experience. Anna Orbison explains, “I hope it inspires people to look at the world in a little different way. Notice the things around you… that’s what we write songs about”.

Lead single ‘Train to Nowhere’ is an upbeat folky song with driving guitars, catchy hooks and story-telling lyricism. Showcasing the band’s signature sound of fiddle fueled melodies and soaring harmonies, accompanied by a powerful trumpet solo, it is assured to get listeners up and dancing. "This song is a perfect mix of what we do best”, reveals Anna Orbison. Originally inspired after watching two acclaimed Netflix documentaries entitled ‘Big Easy Express’ and ‘Festival Express', the narrative was built around the ideology of escapism and the importance of adventure. The song symbolizes the journey of self discovery and introspection. Website here, Facebook here.

If Americana in any of it's diverse forms is your thing then 'Train To Nowhere' may well ensure another band become firmly stuck on your musical radar. With a tune this good, that would probably apply to lovers of music way beyond just this classic arrangement. 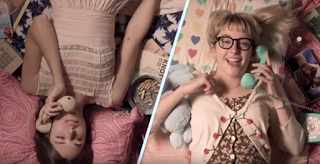 Background - LA-based (by way of Brazil) dream-pop band Winter just wrapped up a tour opening for another female-fronted LA act, Cherry Glazerr. The band has added additional fall dates and will be playing the Desert Daze Festival in Joshua Tree in Oct. The new video for their stand-alone single "Jaded" has been released.

The quartet released their first full-length album, Supreme Blue Dream, via Lolipop Records in 2015. The aptly titled album floats on with a youthful sense of nostalgia and romanticized segues into adulthood. Influences include most of the 90s holy grail of grunge/alternative music (Dinosaur Jr., Smashing Pumpkins, Sonic Youth, Pixies, etc.). Winter aspires to connect others with their inner child by making blissful, beautiful and ethereal pop music. New live dates are listed on Beehive Candy's tour news page, Facebook here.

Dream pop with attitude 'Jaded' is more of a powerful slide towards fresh punk. No wonder considering the bands influences, this is a feisty piece by any measurement.