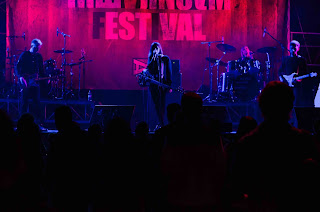 On The Wane - Human Race.

Background - Oscillating between dream gaze and power gaze fusion, Ukraine’s On The Wane brings us their new full album 'Schism', slated for release on November 20, preceded by the first single 'Human Race'.

"Mankind as a race is quite an absurd thing. We strive to survive but we are killing ourselves. We're beautiful and ugly,  lovely and cruel but, anyway, we are not infinite," says Daria Maksimova on this lead track.

In early 2017, the band recorded the 10 tracks that would become the full-length album'Schism' at the studio of the Kyiv-based band Sinoptik (winners of the worldwide music competition Global Battle of the Bands 2016) and under the direction of sound engineer Dima Afanasyev-Gladkykh (a.k.a. Sinoptik).

“For me this album is a transitional state, the first step on the way to something higher. We put a lot of deep thoughts and feelings into this release. A lot of work has been done. This is definitely the best we ever did, and I can only hope that the next release will be even cooler,” says Anna Lyashok. WEBSITE, FACEBOOK, BANDCAMP.

On The Wane move with ease across differing genres and styles with the forthcoming album 'Schism'. Therefore 'Human Race' the first single and one of the ten tracks that make up the collection, doesn't tell the whole story. What it does do is give an indication of the bands power and intensity, where atmospheric sounds and potent musicianship are everywhere. 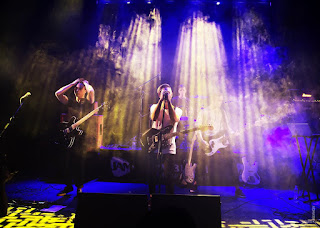 In 2016 Indytronics won 2 competitions: ‘Battles Of Students Bands’ and ‘Irish True’ by Tullamore Dew, winning the possibility to play concert in Dublin, Ireland. In summer Indytronics went in Ukrainian tour, playing in 6 cities and at two festivals: ‘Woodstock Ukraine’ and ‘Z-Games’.

Indytronics - musical expeditors of the sun and foggy mountains, sand savannas and oceans, who see beautiful in simple things, creating a dazzling mix of psychedelics, indie and electronics.

In April 2017, Indytronics won huge all-Ukrainian competition 'Indie Fields' - conducted by the recording studio 'Istok', Music Hub and Atlas - the group became number 1 among 500 participants from all over the country. Brand new EP is coming out in Autumn 2017. In summer 2017 Indytronics played at the biggest festival in Ukraine - Atlas Weekend. FACEBOOK.

We featured Indytronics back in March & commented then that they are a band worth checking out further. 'Alien Sun' helps us along the way & it is another engaging, melodic indie rocker. The EP is eagerly anticipated. 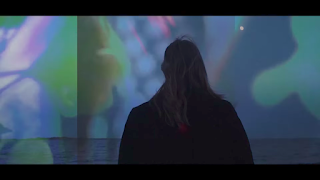 Background - Swedish, Stockholm based Marble Mammoth wanders seamlessly between classic genres in a dynamic mix of energetic riff based rock and dreamy, melodic psychedelia. A furious rhythm section, screaming organs and fuzzy guitars greets you on the second single ”Glitter Amongst Gravel” – out October 20th, and give you a taste of what’s to come.

The five track self-titled EP immediately draws your mind to the experimental side of early Tame Impala or even classic rock acts like Led Zeppelin, and we find our self as much in the late 60’s as in the present.

"Marble Mammoth is in many ways defined by an endless search. So it only feels natural that the EP sound the way it does. The songs were written in a state of emotional turmoil, and it wasn't until afterward, with some distance, that I really understood what they were all about." – Tobias Bergholm (singer and guitarist)

With band members that have previously played in bands such as The Unisex, that has shared stage with The Libertines, and Dollhouse, that’s been touring the world and done collaborations with Mike Davis (MC5) and Nicke Andersson (The Hellacopters/Imperial State Electric), this is nothing but a pleasant new acquaintance on the Swedish and the international rock scene.

”Glitter Amongst Gravel” is out on all digital platforms yesterday, with the full EP to follow in November. FACEBOOK.

'Glitter Amongst Gravel' has a deep bass groove that along with the feisty drum arrangement drives the song along. The music builds with power into a full on rocker mixing fabulous rock vocals with some definitive guitar licks. Old school classic rock with a refreshingly modern twist. 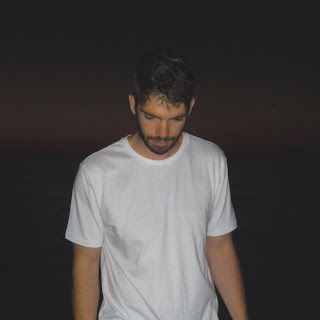 Background - Hoult has the rare knack of sounding both dreamy and sharp at the same time. This, married with vital yet wistful song-writing, concocts his imaginative brand of guitar pop.

‘Pharmacy’ builds from an affecting intimacy into a song with a grand scale possessing folk-tinged anthemic choruses: reminiscent of Bombay Bicycle club and Frightened Rabbit rippling with personal lyrics that tap into wider themes: “Pharmacy summarises the feeling of frustration when you cannot help someone you care about.” Says Hoult “Darker themes run through the veins of this track, yet the energetic and cheerful instrumentation represent the mask a lot of people wear on a daily basis.”

Hoult better known as Sam Fowke is a singer-songwriter / producer from Gloucester, now based in Cardiff.He released one single entitled 'Red Handed’  under his own name last year, it quickly racked up over 7000 plays. He now returns under the new moniker Hoult with his most affecting and ambitious song yet. FACEBOOK.

From the opening chords a dreamy vibe mixes with a determined beat on 'Pharmacy' a song that has a whole load of hooks throughout. 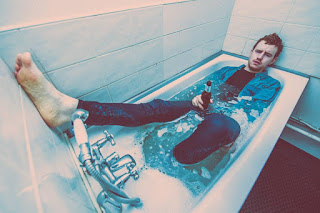 Background - Ali Horn releases his new single ‘Bloom’ on November 10th via Liverpool based The Label Recordings.  His second single after the release of ‘Days Like Today’ in February, ‘Bloom’ is 4 minutes of spiralling, psychedelic guitars and echoing vocals from the Strange Collective guitarist.

"It was the first track that I wrote away from Strange Collective in recent years that I actually thought was any good, first taking form in my basement bedroom come studio the original demo was 9 minutes long” Ali explains.  "This was then shortened for our live shows and then even more for this single version that we did last month in Parr Street Studios."

"I guess in essence it's about loneliness, sitting around out of my head thinking about where all my friends and loved ones were, sending them love and good vibes and hoping they were doing the same" FACEBOOK.

I would have been tempted to feature this song simply because of the promotional photo that accompanied it. However 'Bloom' has no need for any props, it's a gorgeously dreamy and multi layered song that just gets better and better as it builds into something quite special. 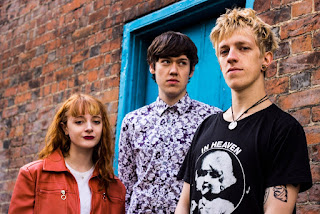 Background - Garage rockers Gaffa Tape Sandy have announced the release of their brand new single Beehive via Antigen Records, the fittingly triumphant finale of their explosive performance on the BBC Introducing stage at this year’s Glastonbury Festival.

Manic, thrilled-packed and seemingly precision-tooled to get crammed in your cranium, Beehive is the sound of every guitar band you’ve ever loved getting hopped-up on mountains of sugary treats, chasing their own shadows down a steep hillside and smashing gleefully into each other.

The Bury St Edmunds outfit’s brand of giddily frantic, high-octane hyper rock ‘n’ roll has already landed them support slots with acts including IDLES, Peace, SuperGlu and Get Inuit, whilst a flurry of upcoming tour dates will see them further establish their burgeoning live reputation.

Produced by George Perks (SuperGlu), Gaffa Tape Sandy’s Beehive was released yesterday via Antigen Records and will be available on all platforms. WEBSITE, FACEBOOK.

Despite sharing half this websites name 'Beehive' is most definitely featured on merit. It's a fabulous melting pot of ideas crammed into three minutes of crazy upbeat music and lyrics that are just amazing. File under Ones To Watch Out For, & do just so.