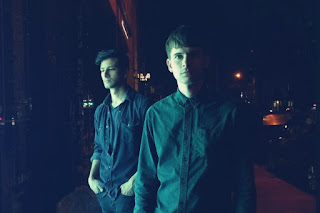 Empathy Test - Everything Will Work Out.

Background - Empathy Test recently shared their latest single "Everything Will Work Out". The track is from their forthcoming EP 'Everything Will Work Out' (out Nov 3rd) and also appears on their new LP 'Safe From Harm' (out Nov 17). The duo explains that their latest single is about "hooking up with your ex and then waking up in the morning and realising you're not going to get back together, but it's okay; it's for the best". On November 17th, the band will be releasing two debut LPs, 'Losing Touch (Remastered)' and 'Safe From Harm', both of which contain remastered versions of previously released material as well as brand new tracks. You can pre-order the EP via iTunes, Amazon and Bandcamp, and pre-order the LPs here.

Empathy Test was formed in 2013 by childhood friends Isaac Howlett and Adam Relf. Sharing a mutual love for all things sci-fi, the London-based duo draw inspiration from ‘80s movie soundtracks, ‘90s guitar bands and underground dance music. Their name, borrowed from Ridley Scott’s 1982 sci-fi masterpiece, Blade Runner, gives a clue to the DNA of a band that, since its conception just three years ago, has self-released a string of meticulously layered, life-affirming Synthpop tracks that have won them both critical acclaim a legion of dedicated fans worldwide.

‘Everything Will Work Out’ represents a bold new sonic statement from Howlett and Relf, who, in a now wholly oversaturated synth scene, have used their considerable talents to form an enthralling, standalone identity. Shedding the dark, melancholy nightscapes of early tracks like their debut, ‘Losing Touch’, which has now had over half a million plays on Spotify, this new single finds the band stepping into the light, rocking the kind of chorus you wouldn’t be surprised to find on a new Haim album. Packed full of hooks and constantly evolving, Everything Will Work Out is the perfect final taster for new LP, ‘Safe From Harm’.

Fiercely independent, the band remains unsigned, having already turned down their fair share of record deals in favour of crowdfunding their twin debut albums via PledgeMusic. The hugely successful campaign is now 575% funded and counting, showing the huge weight of support they have behind them. Despite the lack of label-backing, they’re also turning in the kind of Spotify streams you would expect from the latest industry-backed buzz band, with their last single Bare My Soul already having racked up 70K+ plays. WEBSITE. FACEBOOK.

The vocals are notable from the beginning as they drift above a rich synth layered musical soundtrack. 'Everything Will Work Out' is a refreshing electro pop song with bags of feeling. 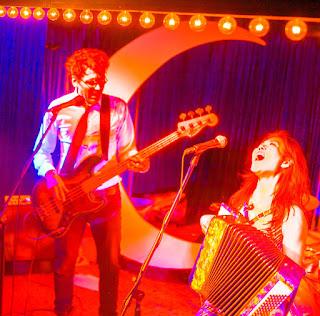 Background - Lusterlit today share thier new video for the song Flight from the List Of Equipment EP. Directed by Deb Magocsi, it is inspired by The Fortress Of Solitude by Jonathan Lethem and is filled with images that conjure the magic, the Brooklyn, and the altitude of the story, not to mention Ms. Josephine Baker.

Lusterlit is having a video release show today Friday October 20th at 7PM at Communitea (11-18 46th Rd, New York, New York 11101).  They will be sharing the bill with Frank Olson Twins, Neil Kelly and Jheremie Jacque, all of whom will also be premiering new music videos as well as performing.

With their songs created for Bushwick Book Club, BBC founder, Susan Hwang and BBC contributor and producer, Charlie Nieland, have joined forces to perform as the new, literature-inspired duo—Lusterlit.

Both vocalists and multi-instrumentalists, Charlie and Susan alternate lead vocals and harmonies while supporting each other on guitar, bass, synth, traditional Korean drum and accordion. WEBSITE, FACEBOOK, BANDCAMP.

The brand new music video for 'Flight' adds further character, interest and identity to what is a funky and fabulous song. We featured the EP earlier this year & really recommend a listen at the very least. 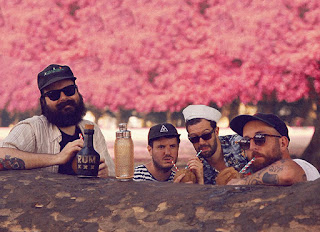 Background - "Mcbess is an illlustrator and musician originally from the south of France, living nowadays in London.

From playing drums, saxophone and percussion in a jazz band in Cannes as a teenager, to being part of multiple rock bands in London, it’s been quite the journey.

During the winter of 2014 Mcbess recorded Seabass in the south of France, between two family dinners, a way to capture the almost post-apocalyptic mood that resides in Cannes during the rest of the year in this dormant resort.

Giving birth to “mcbaise”, becoming a sandbox to create some smooth tunes with the right amount of 'weird.'" BANDCAMP, FACEBOOK.

There is a gentle and lazy feel to '610', a cool and laid back rocker that mixes melodic hooks with some bluesy vibes. If you like this track then check out the other twelve songs on their album 'Windowsill', I think your in for a very welcome surprise. 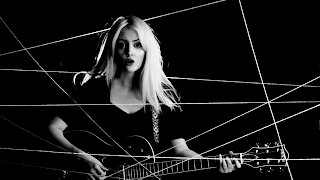 Background - Louise Connell is a singer-songwriter from Airdrie, near Glasgow. Previously performing and releasing her music under the name Reverieme, she has earned a considerable reputation as an outstanding songwriter, with a particular knack for framing intelligent, literate lyrics in haunting and beautiful melodies, delivered by “a voice that would melt iron” (Ravechild).

Recently, her work has come to the attention of legendary artist and designer James Marsh. Famous for his wonderful illustrations for records by Talk Talk, Jamiroquai and many others, James drew inspiration from Louise’s newest songs to create a series of beautiful designs for her forthcoming releases, which will be the first records released under her own name Louise Connell.

These will be a series of three 6-track EPs, each of which will reflect a slightly different aspect of Louise’s writing and performance. The first EP, Squall will be released on October 20th, with parts 2 and 3 (Echo and Rale) following in January and March 2018 respectively. WEBSITE, FACEBOOK.

We featured Louise Connell in February last year when she was using the Reverieme moniker & it's a pleasure to share another beautiful song from her with 'Ilo'. Her gorgeous vocals are accompanied by a refined musical arrangement and the good news is that there is plenty more to follow. 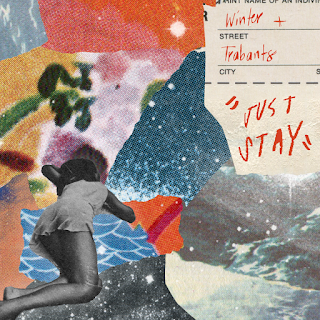 Background - LA-based (by way of Brazil) dream-pop band Winter recently wrapped up a tour opening for another female-fronted LA act, Cherry Glazerr, a show supporting Colleen Green, and a show at the Desert Daze Festival in Joshua Tree in Oct. Their stand-alone single "Just Stay" featuring Trabants has just been shared.

The quartet released their first full-length album, Supreme Blue Dream, via Lolipop Records in 2015. The aptly titled album floats on with a youthful sense of nostalgia and romanticized segues into adulthood. Influences include most of the 90s holy grail of grunge/alternative music (Dinosaur Jr., Smashing Pumpkins, Sonic Youth, Pixies, etc.). Winter aspires to connect others with their inner child by making blissful, beautiful and ethereal pop music. FACEBOOK.

'Just Stay' is a soothing and lush dream pop meets indie rock song. Melodic and flowing, it's very catchy and the accompanying old home movie footage (I'm guessing that's what it is) is fabulous. 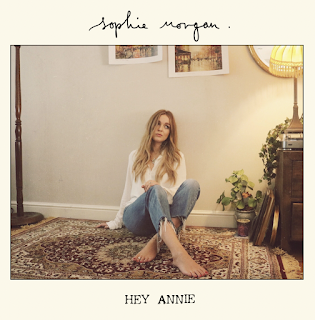 Born in Liverpool and raised in Rainhill and Widnes, Sophie began playing piano aged 6 and wrote her first songs aged 9. Brought up on an early musical education of Nick Drake and Van Morrison, and later introduced to Joni Mitchell and Carole King, Sophie released her first single Marionette last year and followed this with Quietly, picking up BBC Introducing and BBC 6Music support along the way.

After a chance meeting with The Verve’s Simon Jones, whilst singing in church at a friend’s wedding, Sophie began recording in Simon’s Chester studio alongside Davide Rossi (Goldfrapp, Coldplay, The Verve) and it was there that the Annie EP was produced.

Hey Annie is the perfect introduction to the EP. It is a folk-tinged track with a delicate animated melody and a warming honeyed vocal. The EP is shaped by Sophie’s musical influences and is a body of work that is ahead of her young years. The video is a relaxed affair and shows Sophie and her tight-knit group of musician friends performing the track together in retro inspired footage. Sophie says;

“It encapsulates my earliest musical years, marking the end of the first chapter and the beginning of the next. The EP features the playing of all the musical friends I have made so far and is a real family affair recorded between all of our houses. I can feel that warmth and homeliness in the imperfections of the recordings - like the squeaking of my old piano stool or the creaking of the floorboards in my living room.” WEBSITE, FACEBOOK.

'Hey Annie' is a gently melodic song where Sophie Morgan's vocals are full of feeling. The band deliver a superb soundtrack, with high quality musicianship, as can be seen (and heard) on the 'live' music video.