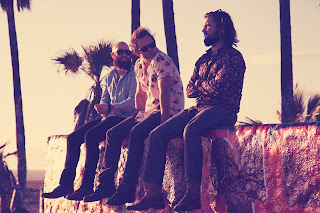 The Rebel Light - Where Did All The Love Go.

Background from The Rebel Light - We wanted to share with you our new music video for our song 'Where Did All The Love Go', If trippy psychedelic vibes is your thing then this is your jam.

Also, KCSN in Los Angeles and EQX in Vermont just added ‘Where Did All The Love Go’ into rotation. Both stations play some of the best damn tunes on FM radio, So naturally, we were pretty excited to hear that our song has been added to their playlists.

Los Angeles trio The Rebel Light have already been turning heads on both sides of the Atlantic. This exciting new band’s sound already oozes a confidence that feels both effortlessly fresh yet wonderfully familiar. The Rebel Light have already pulled in comparisons to bands such as The Shins and Temples and draw heavily on their influence of the sun drenched sound of 60’s California pop. Website here, Facebook here.

It has been over a year since we first featured The Rebel Light, with the track 'Where Did All The Love Go'. Well they now have a music video for the song and as they are also getting noticed on FM radio I thought it deserved a second share. Upbeat and with a hippy, trippy, sunny feel, let it brighten up your day! 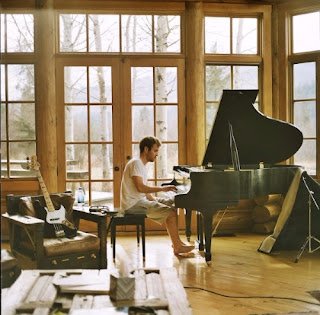 Background - Indie rock outfit, WYO, is back with the second single from the forthcoming record, Untamed.  This driving, powerful track titled "Falling", describes a bittersweet romance that is not destined to last.

After attending film school in New York, Andy met multi-instrumentalist, Scott McKay Gibson, and the two began composing music for documentaries, commercials, and short films together in Wyoming. Perhaps this explains the reason that WYO's music has a way of evoking such striking visuals that stir the imagination. The pair began delving into Andy's original songs that would soon become this debut album. They teamed up with Los Angeles-based producer, Brad Wood, to provide a fresh ear to finalize their work.

'Falling' is a smooth indie rocker with vibrant guitars and a driving beat. Add in the refined vocals and the melodic hooks and we arrive with a fine teaser for next years debut album. 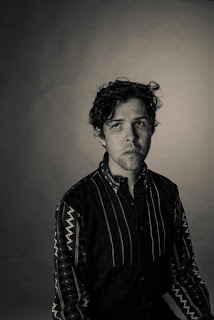 Background - What is “quick reflex”? It’s words written on a baseball-cap that my brother used to wear. A couple years ago I started wearing it and not knowing what the phrase referred to, I started to imagine the hat as a time machine. The song travels through the ‘20-something autumn moons’ of my childhood. In the pauses between the lyrics, I see flashes of my brothers and I making films, practicing kung-fu moves, and all the imaginary landscapes of my youth." - Luke Kuplowsky

What Kind of Animal  an 8-song collection of poetic musings is out November 28, 2017. The first single from What Kind of Animal is the beguiling “Quick Reflex”, an airy and loping anthem for the suburbs of Etobicoke, Ontario. Recalling the patient and deadpan delivery of Leonard Cohen and Bill Callahan, Kuplowsky’s gentle croon is deceptively tuneful and melodic.

The song pairs a lilting tropicalila beat with Kuplowsky’s signature nylon string guitar, tracing a string of fragmented memories from a childhood baseball cap. With a nostalgic gaze, Kuplowsky muses on one’s relationship to physical artifacts and their connection to one’s sense of identity and history (“In the bosom / of my family home / ancient relics / seen twenty-something autumn moons / video camera / full as the memory put in ya”).

LUKA is the project of Canadian singer-songwriter Luke Kuplowsky and his collaborators. Guided by the nuanced production of Stephen Prickett and percussionist Evan Cartwright (Tasseomancy, Andy Shauf), LUKA is defined as much by its unique lyrical voice as it’s constant exploration of folk, pop and experimental traditions. Bandcamp here, Facebook here.

The vocals are central to 'Quick Reflex' as they feel so personal and honest. The musical arrangement is also beautifully structured and the accompanying harmonies add even more beauty to the song. 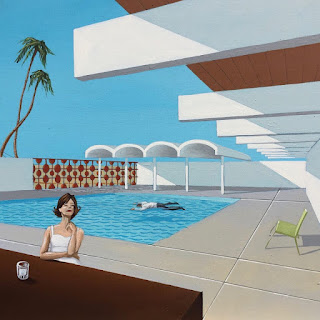 Background from Area Resident - This new music was recorded at home between split shifts -- I’m a traffic reporter with CBC Ottawa.

Many songs draw from my experiences as a journalist for more than two decades -- stories I’ve covered, murders, runaway wallabies, a man who smuggled gold out of the Mint in his bum, etc…

This track in particular is inspired by the home I grew up in along the Ottawa River in Pembroke, it’s mostly about all the mistakes you make and how you never want to admit to learning from them.

Did you know? Delano was US President Roosevelt’s middle name. Roosevelt is my favourite president. I really enjoyed writing these and hope you enjoy listening. Bandcamp here, Facebook here.

'Riverside' is a fine alt/indie rock song which grows in power and is produced to a very high standard. Each musical element is distinct, the vocals add some melodic vibes, & there is an air of fresh enthusiasm about the track.