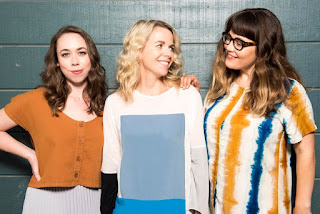 I'm With Her - See You Around.

Background - I'm With Her, the band of Sara Watkins, Sarah Jarosz, and Aoife O'Donovan, have announced the release of their full-length debut, See You Around, out February 16, 2018. “See You Around”, the title track from the album, is available everywhere now. Co-produced by Ethan Johns (Ryan Adams, Laura Marling, Paul McCartney) and the band and recorded at Peter Gabriel’s Real World Studios in Bath, England, See You Around is a 12 track LP filled with finespun narratives and breathtaking harmonies – full track listing is below. Additionally, I’m With Her has announced an international headlining tour that will kick off in March 2018 and bring the band to major cities across the world including Los Angeles, Paris, London, and more.

See You Around presents a warmly textured, yet stripped-down sound layered with lush guitar tones and crystalline harmonies. The album is comprised of 11 originals, penned by the band in Los Angeles and Vermont, plus the never before released Gillian Welch-penned “Hundred Miles.” With each member playing guitar and handling various aspects of the instrumentation— including fiddle and ukulele for Watkins, mandolin and banjo for Jarosz, piano and synth for O’Donovan—the band cut most of the album live, performing just a few feet away from each other in the tracking room. All through See You Around, I’m With Her exhibits a refined musicality that reflects their deep musical roots.

After years of crossing paths in their intersecting scenes, I’m With Her came together by happenstance for an off-the-cuff performance at the Telluride Bluegrass Festival during the summer of 2014.The multi-Grammy-Award-winners have individually released nine solo efforts, co-founded two seminal bands (Nickel Creek and Crooked Still), and contributed to critically acclaimed albums from a host of esteemed artists. The band has garnered tremendous acclaim for their unique blend of instrumental interplay and indelible harmonies.

"We all feel immensely fortunate to be in this band together,” says I’m With Her. “As longtime friends and fans of each other’s music, it’s been wonderful to realise that writing and collaborating together fits so seamlessly into our lives. And now, we’re so excited to get to tour and share the work we’ve done as a band with our debut album, See You Around." WEBSITE, FACEBOOK.

I'm With Her just oozes class with 'See You Around'. The music is highly crafted yet restrained allowing the superb vocals & harmonies to hold centre stage. February feels like a long time to wait for the album, this song suggests it will be worth each week. 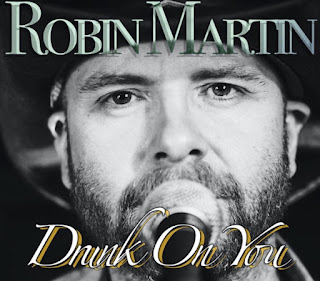 Robin Martin - Drunk On You.

Background - Robin Martin is a recording artist from Northern Ireland. While making a living from cover bands, Robin always had a passion for American country music. “The first singers voice I remember as a child was Willie Nelson singing "Yesterdays Wine" while traveling to the north coast to visit family.”

Robin has recently teamed up with the very talented song writer and producer Paul Mahon from Croc Recording Studio' to record his song "Drunk On You" After shooting the video Robin and Paul decided that this would be a partnership worth pursuing.

“With the help of my beautiful wife Karen, we will share our love of country music with anyone who wants to share the journey with us." FACEBOOK.

American country music has travelled well across the Atlantic to Northern Ireland care of Robin Martin. 'Drunk On You' is a natural helping of classic Americana, considering how many folk from Ireland made the journey west decades ago, music like this might well be part of Irelands heritage. 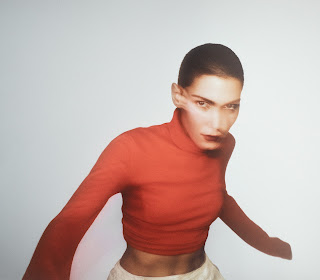 Background - 'Greed Wears A Disarming Face' is the first track to be released from Soho Rezanejad's debut album 'Six Archetypes', which is due out 19th January 2018 via Silicone Records.

The single marks the first in a series of videos, which will be themed around a different Archetype from the record. Speaking about the concept, Soho says "“The first passage in the video relates to the record’s overarching narrative and title, Six Archetypes. Apple seeds rest in my hand while I sleep, searching for my mother in a dream — a reference to the orphan complex that Carl Jung writes about. He thought that children orphan themselves by abandoning their heritage for the pursuit of a particular quest, one which in no way fits their parents' or caretakers' expectations.

In a different sense, one can become orphaned from society. An idea or ideology can become so common that the mass establishes a system of expectations: one person's idea becomes the people's image. So what choice do we have other than to be orphans? I am drawn to this archetype because it possesses qualities shared by all visionaries of the world. Inasmuch as the orphan relates to being alone, it's also about the obsession for breaking and challenging systems.”

Soho Rezanejad’s Six Archetypes is an exploration of humanity’s essential postures, and a bold statement of the artist’s range. The album is at once an opera and intimate ledger. Like in any good theatre, gestures within this album suspend not only reality, but a division between the universal and the particular. FACEBOOK.

A thought provoking song title such as 'Greed Wears a Disarming Face' left me hoping for something a little different. A rhythmic and atmospheric piece with gorgeous & almost pleading vocals, above a dark and sombre soundtrack, yes this is a little different, it's pretty special as well. 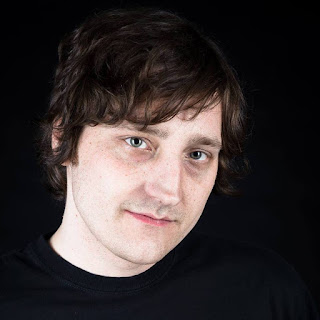 Background from Jason S. Matuskiewicz - Here's a song from yours truly, me, Jason S. Matuskiewicz, Esq. This is a song about similar formative trials--experiences that are, in a way, mutual to my girlfriend and me. It was written while she was undergoing intensive chemotherapy and was essentially bed ridden for the majority of the time.

To watch someone that you don't just love but love more than you ever imagined yourself capable of loving someone is a profoundly challenging experience. My only outlet is song. So, I wrote an EP and this is the opening track. And my friend let me record it at the studio he heads.

This song explores the alt folk and alternative styles that I have always loved, but band members have not embraced as much as I have, which is the magic and the frustration of collaboration. It also features Adam Kruckenburg, my band mate in Shapes on Tape, and Justin Craig, our producer, who produced the track and drums on it.

The major third garners The Pixies comparisons, my team of experts has determined. I hope you like it.  FACEBOOK.

'Battle Born' may have come from extreme and difficult circumstances, I suppose from an artistic point of view, that situation fuelled the emotional charge in the vocals, and passion across the song. I'm still trying to figure out if that's a good thing or not, I guess plenty of music has come from intense pain and concern. If this seems a little deep, it's because a relative & friend faces this treatment very soon. Art from angst, on reflection this is a fine song. 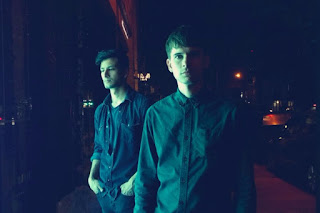 Empathy Test - All It Takes.

Background - Empathy Test shares new LP track "All It Takes".  Empathy Test will be releasing two LPs, Safe From Harm and Losing Touch (Remastered), next Friday, November 17th, both of which contain remastered versions of previously released material as well as brand new tracks. You can pre-order the LPs here.

Empathy Test was formed in 2013 by childhood friends Isaac Howlett and Adam Relf. Sharing a mutual love for all things sci-fi, the London-based duo draw inspiration from ‘80s movie soundtracks, ‘90s guitar bands and underground dance music. Their name, borrowed from Ridley Scott’s 1982 sci-fi masterpiece, Blade Runner, gives a clue to the DNA of a band that, since its conception just three years ago, has self-released a string of meticulously layered, life-affirming Synthpop tracks that have won them both critical acclaim a legion of dedicated fans worldwide.

The twin debut albums, Safe From Harm and Losing Touch, represent the culmination of four years' work from Howlett and Relf, who, in a now wholly over saturated synth scene, have used their considerable talents to form an enthralling, standalone identity. Starting out with the dark, melancholy nightscapes of early tracks like their debut, ‘Losing Touch’, which has now had over half a million plays on Spotify, the duo's sound has continuously evolved, propelling them towards the genre-defying territory reserved for the likes of other UK acts like Editors, Hurts and White Lies.

Fiercely independent, the band remains unsigned, having already turned down their fair share of record deals in favour of crowdfunding their twin debut albums via PledgeMusic. The hugely successful campaign is now 600% funded and counting, showing the huge weight of support they have behind them. Despite the lack of label-backing, they’re also turning in the kind of Spotify streams you would expect from the latest industry-backed buzz band, with their last single Bare My Soul already having racked up 85K+ plays. BANDCAMP, FACEBOOK.

We featured Empathy Test less than a month ago, however 'All It Takes' is gorgeous and deserves to be shared immediately. Electronic pop of a very high calibre. 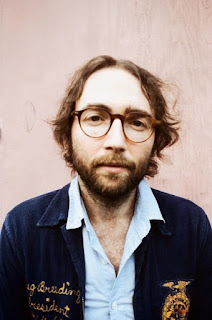 Background - Kentucky based newcomer Willie Breeding will release his debut album ‘Big Sky’ in early 2018.  With influences ranging from Lee Hazlewood to The Strokes, Marty Robbins to A Tribe Called Quest, "Big Sky" is first and foremost an album of well-crafted tunes. The melodies are rich and wavy, complementing well the lyrics of someone torn between their years in New York City, and their generations in Kentucky.

The first single to be take from, ‘Prague Spring’, features a guest vocal from Caitlin Rose.

Detailing the story behind ‘Prague Spring’ he explains "One night in Prague, 1962, the son of the Italian ambassador met an actress they called, “The Czech Bridgette Bardot”.  Their adventures were like a black and white noir. Bullets were drunk out of martini glasses. Official diplomatic vehicles were stolen.  14 years later, my wife was born"

"I knew I wanted to make these stories into a song.  The melody came first, but it was a hard story to tell in song form, and I didn't want it to be spelled out and specific like a folk song. I just wanted it to evoke what I imagined the feeling to be. I called Caitlin because she's one of my favorite lyricists, and I thought she would enjoy the story. I felt too close to the material working on it myself. Later, when I was showing my wife the lyrics Caitlin and I had written, she instantly came up with the last line of the song, which I took as a good omen" FACEBOOK.

With an eclectic range of influences mentioned above Willie Breeding set expectations high and with the help of Caitlin Rose on 'Prague Spring' delivers a fabulous song. If the pass mark is wanting to hear more, then it's A+ and as soon as possible please.