Background - Jordan Klassen is thrilled to unveil his new music video for the song, “Dominika.” “Dominkia” is off Klassen’s new studio album, Big Intruder, out now via Nevado Music.

Klassen says, “For the ‘Dominika’ video I wanted to make something that was playful like the song; silly in an honest way. We were inspired by a lot of late 80s/early 90s music videos where it felt like the artist just shot a bunch of footage of them hanging around and lip syncing.”

Big Intruder is an album about growing up and making adult decisions. The eleven tracks, which Jordan Klassen wrote, recorded and produced himself, venture away from the whimsical soundscapes of his past work and exude themes of growth and maturity, both in lyrics and sound. Klassen previously strived for a cinematic sound, avoiding drum kits but tried to embrace the idea of  'band' on this record. Big Intruder speaks to the dilemma of the overwhelming array of choices available in life, and the doubt and caution that become excuses to avoid commitment. The resulting songs are intimate and personal, guided by a sense of honesty and vulnerability.

Jordan Klassen is a decorated songwriter in his own right who has spent more than a decade quietly crafting music that has been deemed 'unsentimentally sincere' and 'whimsically hopeful'. He recently released his EP, Curses, which was an assembly of brooding pop songs that continue in it's predecessor's exploration of mental illness and hushed vulnerability since his 2016 LP, Javelin. Writing about his life experiences is one of the essential elements in Jordan’s creative process – particularly events that he had deemed as his failures. FACEBOOK.

'Dominika' is refined & melodic with a mature indie pop feel to it. The video is an imaginative nod to music promo's from days gone by, even so it's the song that stands out as hook after hook dig in. 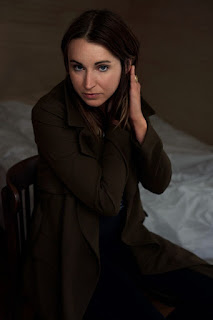 Background - The new single from Holly Miranda entitled "Exquisite" features T.V. On The Radio's Kyp Malone. “I’ve always been a proponent of not making the same record twice,” Holly Miranda says. “Some people find a niche and go with that, but I need to try something different every time.”

That’s more than apparent on “Exquisite” first new material released by Miranda since 2015.  More than just an artistic step forward, it’s a whole new way for her to make music. “This really is the most collaborative record I’ve ever done,” she says. “It’s first time I’ve shared so much of the writing and the production, the meat and bones of making an album.” This song finds Holly bridging the gap between 2010’s experimental synth laden release The Magician’s Private Library and her stripped-back, soulful self-titled record.

Miranda grew up between Detroit and Nashville, two music towns that would influence her own journey in a very profound way. She began playing piano at the age of six, taught her self-guitar at 14 and moved to New York at 16 to start her professional career. For nearly 20 years, she’s been performing, writing and producing with some of the best talent in the business. She has performed with the likes of Karen O, Lou Reed, The XX, and Lesley Gore. She released two records with her band The Jealous Girlfriends and has co-written and produced a mass of other projects. FACEBOOK.

'Exquisite' is a delightful collaboration with Holly Miranda joined by Kyp Malone. The duel vocals are astonishing, the song exudes atmosphere and feeling & the production is of a very high standard. 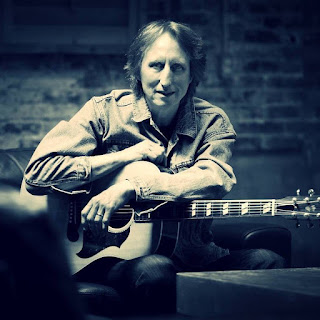 Background - A trip to the cradle of North American music was a signpost of the journey to the Buffalo Hotel. Geoff flew South to the cities of sound: Muscle Shoals, Nashville and Memphis. "When I got back home I wasn't just inspired, I was altered," Geoff remembers. Echoes of this experience permeate the musical tapestry, most pointedly with the harmonies of The Sojourners, a soulful trio of male backing vocalists who impart an ecclesiastical aura of Southern gospel.

Sepia-tinted panoramas and meticulous song craft: Across the breadth of the 12 songs that comprise his latest release Buffalo Hotel, singer-songwriter Geoff Gibbons breathes life into lyrics with facile economy, metaphoric ease and an ear for conversational proximity.

As verses turn the pages of the stories, Gibbons drops the listener directly into the dramas as he silhouettes a vibrant cast of characters in sheer authenticity. Backed by players from a tight community of first call studio musicians, Geoff's soul deep vocals are imbued with experience and empathy. Against the intimate grain of his voice, the players reflect his themes with subtle flourishes and stellar musicianship.

From Vancouver, BC, Canada, Geoff is a full time working musician and a producer-engineer who has lived his life immersed in music. Geoff Gibbons avows that the tales he tells on Buffalo Hotel are based on real stories that he needed to turn into songs. "As writers we have worlds inside of our brains and there's always something we've not experienced. 'What If I had done this? If I was there what would it feel like?' There's an element of that -- like a lush dream that permeated my consciousness. This is who I am. I have always been true to music. I'd like to have this music come out and affect peoples' lives; to haunt them in the best possible way." FACEBOOK.

The opening song on 'Buffalo Hotel is 'Ain't Goin' Back' and it is typical of the wonderful tracks that follow. Soulful Americana might be a starting point, the album explores differing styles, however always present are the natural heartfelt vocals & the influence of musical styles that can be found much further south of Vancouver. A fabulous collection of material, from a genuine and creative music professional.