Cole Phoenix - Have You Ever Seen the Jane Fonda Aerobic VHS? - stop.drop.rewind 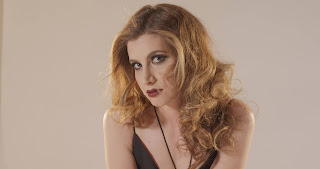 Cole Phoenix - Back Back To Me.

Cole Phoenix has worked in feature films such as The Ruins alongside Shawn Ashmore and Jena Malone and Bright Flame, currently in development which Cole wrote, produced and stars in.

Nominated for Best New Top 40 Artist of the Year in 2015 at the New Music Awards alongside Sam Smith, Iggy Azalea, Meghan Trainor and Charli XCX. “Back Back To Me” is a contemporary party song with cheek, mixed with old school sass and brass. WEBSITE, FACEBOOK.

'Back Back To Me' is a rich combination of styles that includes soulful musical grooves and refined pop vocals. Powerful, upbeat and melodic, this is a catchy, engaging song. 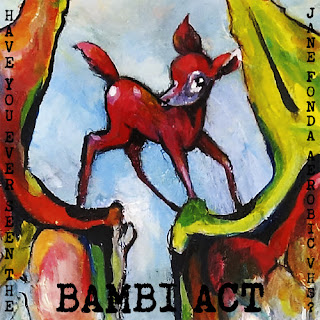 Have You Ever Seen the Jane Fonda Aerobic VHS? - Bambi Act.

Ekku Lintunen likens his songwriting to crafting surreal movies. Starting with a picture in his mind, he throws out lyrical phrases to create this image for the listener. Enough is held back though that there are more questions than answers. Like all great films, the listener interprets as they do.

Never is this more apparent than on Bambi Act, a dark vaudevillian modern fairy-tale – Lintunen offers his interpretation: "A man falls for another man. Man goes for a sex change operation, and now as a woman, charms her beloved; soon, we can hear their wedding bells. Happiness proves to be false, and she's ultimately rejected. Shocked by this dreadful event, unhappy incidents occur, and through wrong choices she ends up on the street turning tricks with her decaying body. What's your interpretation?..."

The trio have carved out a unique sound for themselves, opting to use keyboards instead of guitars. This is after Lintunen and drummer Janne-Petteri Pitkälä, on seeing the film Drive, instantly decided to form an 80s synth-pop band as a side project to the garage-rock act they were in at the time. When Susse Stemma-Sihvola came in on vocals, bringing her scuzzed out bass tones with her, it ended up being garage-rock with a twist. FACEBOOK.

Less than a month since we first featured Have You Ever Seen The Jane Fonda Aerobic VHS? we now have 'Bambi Act' a sub two minute blast of fabulous garage rock. Last month we said of the forthcoming album "This is a high octane collection of music, the band are energetic throughout, mixing up some fabulous pop to punk or glam to grunge styles, with catchy upbeat and potent material every time". I reckon this song pretty much confirms all of that! 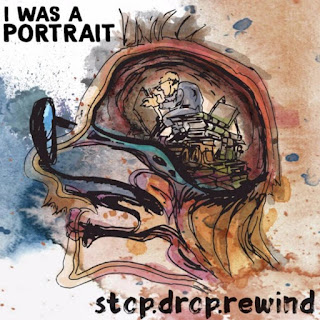 stop.drop.rewind - I Was A Portrait.

They have performed in 12 states, and opened for The Misfits, Secondhand Serenade, Ronnie Winter, Hawthorne Heights, Amber Pacific, Real Friends, The Spill Canvas, among many others.

2016's EP “Polarity” was acclaimed by local media personalities and publications such as Tom Lounges (X-Rock, WLPR), John King (WVLP), the Broken Record Press, and landed them a spot on Pandora. WEBSITE, FACEBOOK.

Opening with some chunky riffs 'I Was A Portrait' is a feisty rocker. The vocals are notable, giving the bands sound some clear distinction. The music is fabulously tight power rock, collectively this is one very stylish rock & roll song.