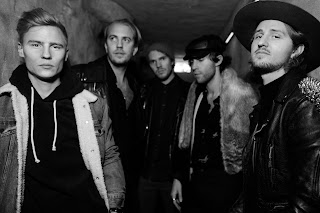 Background - Swedish indie band Join The Riot are celebrating the new year with releasing their brand new five-track EP, “Echo”. The first single, ’Pretenders’, has already been rotating on Swedish radio P3 and picked up by Spotify playlists such as Indie Radar.

"Echo" EP will take you on a voyage deeper into the core soul of the band, immersing in various landscapes, from dreamy arena pop in “Fantasies” and “Bonsoir” to dark epic singer-songwriter ballads like ’Echo’ and ’X My Heart’.

The five Stockholmians Henrik Ljungqvist (vocals), Jonas Engdahl (bass), Simon Santunione (drums), Andre Sund (guitar) and Patrik Berg-Almkvith (keys) met in school and started playing together in 2013 with a vision to make great pop and rock music, inspired by childhood heroes Phoenix, early Coldplay and Empire of the Sun to mention a few. In four years Join The Riot has released their debut album, one EP and several singles, including a feature in the Scandinavian Volkswagen commercial. The energetic indie band has often spiced up their releases working with quite unorthodox methods to find their listeners, sending carrot threats to the media, recording albums in a glass-cage and embarking on crazy China tours.

When Simon has been touring with Zara Larsson the band has played with the backup drummer Leo Sund, who's also Andre’s twin brother. With the original line up, Leo has taken on the percussions instead, making the riot grow even further.Their infectious sound of sunny melodies has started to build a solid fan base around the world and we think it's just a matter of time before Join The Riot gets the global recognition their music truly deserves. WEBSITE, FACEBOOK.

The first of five tracks on the new EP is 'Fantasies' a rich and expansive sounding track. Synths and refined vocals alongside a tight rhythm come together to create a high calibre dream pop song. The band can and do explore other directions across the EP, their overall sound however, remains consistent and pleasing. 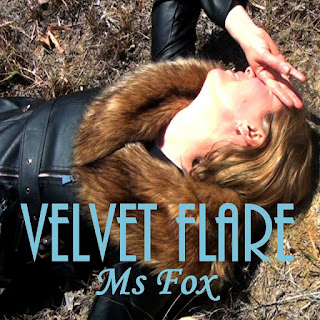 The Ms Fox of the title is a personification of the melting Fox Glacierof New Zealand; the song a lament against global warming.

They have worked with producer Slade Gibson who has also played various instruments on recorded tracks. FACEBOOK.

We featured Velvet Flare back in May of last year and the new song 'Ms Fox' is another very impressive song. Mixing pop and indie rock vibes, the production is distinct and the gentle melody is full of hooks, in what is a top quality piece. 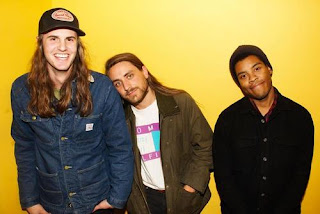 Background - Nashville indie-rock trio The Lonely Biscuits release "Blue Glass", the first single off their debut full-length record The Universe In You, out March 30 via Soundly Music. The Lonely Biscuits have released two EPs to date, the most recent being The San Francisco EP which included their hit single "Talk About" and a fantastic cover of Liz Phair's "Never Said".

After establishing that alt-rock sound in The San Francisco EP, The Lonely Biscuits teamed with Cage The Elephant guitarist Nick Bockrath to produce “Blue Glass”, a driving anthem with creative production that mixes fuzzed out rock with hints of motown esque percussion. "Blue Glass" coincides with the launch of the independent zine, Ordinary Thoughts, curated by lead singer Grady Wenrich.

Grady was inspired by all of the art happening around him from his friends like Cyle and Cain Barnes of The Weeks, Ian Bush of Diarrhea Planet, Grant Gustafson of Blank Range, Mackenzie Howe of The Wild Reeds, Aaron Martin and Kole Sharp of Okey Dokey, Liza Anne, Becca Mancari, Wrenne Evans and more. He wanted to put something together to document this and share with his friends and community.

The Lonely Biscuits formed in August 2011 at Belmont University, where Wenrich and Sam Gidley were roommates and bassist Nick Byrd lived on the same floor. They first started gaining attention on college campuses around the country while they were still students themselves. Since, they've played on numerous festival stages such as Bonnaroo, Lollapalooza, Hangout Fest, Austin City Limits, LouFest and SXSW. In 2013, MTVu named The Lonely Biscuits “College Artist of the Year”. WEBSITE, FACEBOOK.

'Blue Glass' is a very catchy indie rocker with a melodic feel throughout and choruses that are almost anthem like. There is a simmering level of power beneath the surface of this song that suggests the band could explode into a full on rock crescendo at any given moment. 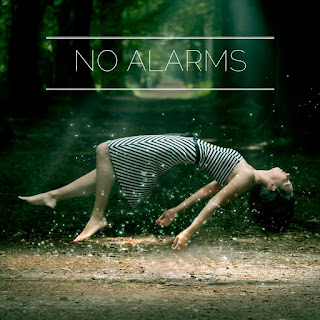 No Alarms - Right is What's Left.

Background - "'Right Is What's Left' is ​​about the little lies we tell each other to paint a false picture of ourselves. Especially early in a relationship or a friendship, before the veneer wears off, we sometimes try to convey a character that we think the other person wants to see, instead of just conveying ourselves.​ ​This is about ​​realizing that the only way to genuinely connect and move forward in a relationship is to convey your actual self and let the other person form their own picture of you​ ​based on that.​ ​" - No Alarms on "Right Is What's Left"

After nearly an entire decade of searching for the ideal sound to share with the world, multi-instrumentalist Andrew Boles made the most important move of his life by relocating to Detroit to bring his music-career to the next level in 2016. Boles decided to shift away from solo-life to a five-piece band, taking on the incredible talents of 4 up and coming Detroit local musicians into the official lineup to play the songs live. Immediately discovering the depths of the bond between them – the songs Boles had written never sounded better; the high-energy melodies and dynamically transformative, wild, synth-drenched indie-pop music of No Alarms became the realized version of its intentions & ambitions.

"What's Right Is Left" is the first single from No Alarms's forthcoming EP, which was self-recorded in both Texas and Detroit, and mixed and mastered by a legend in the industry, Sefi Carmel​ (​Phil Collins, Massive Attack​). The EP conveys the struggles of getting through to friends with serious addictions, codependency, and finally, the overwhelming hope of getting through to the other side. FACEBOOK.

Potent synths and feisty guitars come together to provide a robust backdrop for 'Right is What's Left'. The vocals have a measure of angst and emotion to them, giving the song some real edge. 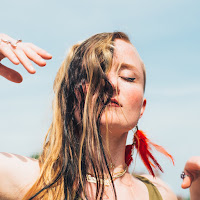 Background - “Neighborhood Boys,”  a song about falling in love with a guy on a bus — but he just gets off at his stop and leaves you with the neighborhood boys....

Erin Pellnat is a Brooklyn-based singer-songwriter whose lovely voice can be tender as well as forceful, but always completely expressive and intimate. BANDCAMP.

It was back in December 2016 that we were introduced to Erin Pellnat at that time she had just released her 'Dream in Color' EP a collection of songs that impressed me big time!

It's a pleasure to be able to share her brand new tune 'Neighborhood Boys' where once again the vocals are distinct and engaging. Gentle and melodic and with charming lyrics, lets hope it's not to long a wait for some more tunes from Erin.