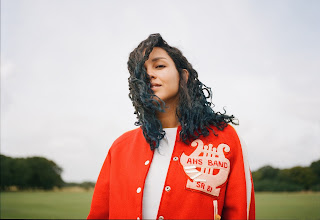 Background - Eliza Shaddad is back with 'White Lines', the first preview from her long-awaited debut album Future.

Eliza Shaddad's singular artistry was not formed in any one crucible alone, her work is the flourishing product of modernity without borders. Born to Sudanese and Scottish parents, she’s the descendant of a long line of progressive artists and poets dating back to the 1800s. She also speaks four languages and holds an MPhil in Philosophy and spent a postgraduate year at the Guildhall School studying Jazz Vocal Improvisation. Not beholden to the politics of indie or commercial regionalism, every facet of her music, from vocals to lyricism to performance and production, is the purest distillation of herself.

Even without the fascinating esoteric trivia that radiates from of her unique background, Eliza is a musician fit for the world stage. Having released two EPs on indie label Beatnik Creative, her music has found acclaim amongst the loftiest tastemakers. On the airwaves Shaddad’s slick songwriting has gained followings from all the key tastemakers across Beats 1, Radio X and BBC Radio 1, 2, and 6Music, along with critical support from publications as diverse as FADER, Sterogum, i-D, Nylon, Wonderland and The Sunday Times to name a few.

Her latest single ‘White Lines’ is the first to be taken from her upcoming album Future, which is produced by her Mercury-nominated longtime collaborator Chris Bond who also worked on her Run and Waters EPs. With it’s chorus-soaked guitars and throbbing leviathan bass grooves, it grips with a vitality and cleverness that’s rarely seen in indie of any period. Nothing feels spare in Eliza’s impassioned performance as she voraciously co-opts a nostalgic love of classic melodic-pop songwriting into her effortless alt-rock soundscapes. On writing the song during a spell of solitary travelling up Australia’s east coast Eliza says: "White Lines is about the jubilation felt on finally being brave, making the right decision, and heading into the great unknown." TWITTER.

Eliza Shaddad's vocals are melodic and smooth on 'White Lines' whilst the music arrangement is faster paced as it adds layers of instrumentation and ups the energy level. Indie pop/rock with plenty of hooks. 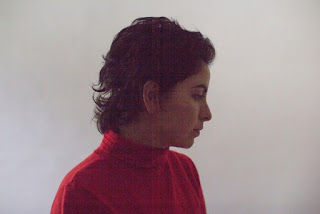 Background - Becca Mancari has released a new recording of her song "Golden" that originally appeared on her 2017 debut album Good Woman. The new version was produced by Juan Solorzano and features harmonies from Mancari's Bermuda Triangle bandmates Brittany Howard and Jesse Lafser.

"'Golden' is one of those songs that just keeps coming back. The story lives on. For this version, I wanted to recreate the song in way that focused on the vocals and felt dreamy like a memory," explains Mancari. "Juan Solorzano produced and wrote the most beautiful strings on this song which help bring the listener to such a special place.

I have been singing 'Golden' on the road with my other band, Bermuda Triangle, and I was thrilled to have my band mates and best friends, Jesse Lafser and Brittany Howard, on harmonies. It's just such a special moment for me, tracked in the same room at Trace Horse Studies. I could not be more excited to share this stripped down version of 'Golden!'" WEBSITE.

The new acoustic version of 'Golden' is gorgeous. The vocals are pristine, the harmonies beautiful, and the music is both calm and arranged to a very high standard. A perfect unwind song to dream away to. 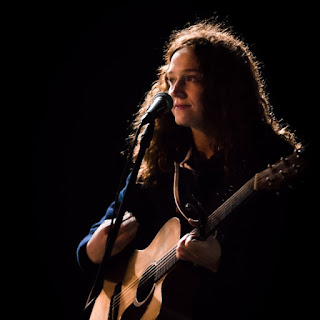 Background - In today's world, the definition of a Folk/Americana artist is constantly evolving. Finding roots in the politically turbulent 60s, folk artists used their platform to highlight hypocrisies and expose wrongdoings whether they be social or political. Los Angeles singer-songwriter, Clare Means, is bringing the activism back to folk music with her new single, "Hollywood Zoo."

She is using her voice to express how she feels about the endless misogyny that is circulating around the city she calls home. "Hollywood Zoo" brings to light the constant state of sexism and mistreatment women in entertainment have had to deal with. Clare knows firsthand saying, "I've had experiences that were unsettling as have many women I know in the industry."

Clare Means is known in the LA music scene for her smoky voice, memorable melodies and thought-provoking lyrics. She’s about to release her fourth studio album, Sidewalk Astronomy, a cohesive patchwork of musings on life in Los Angeles, love, forgiveness, and the recent loss of her estranged father. As Clare says,

"Most of the songs were written over the course of a couple years and were sparked by a variety of moments in my life... the day I found out my father was sick, when I fell in love, when I knew my relationship was doomed, when I got my heart broken, the day my father died, and when I woke up from a strange dream about sheep." Clare’s quirky take on life is fresh and comforting at the same time. She’s a true underdog’s champion. WEBSITE.

Clare Means vocals are earnest, passionate and have plenty of power on 'Hollywood Zoo' a song with a message that is clearly delivered. Indie pop meets rock in a very catchy manner!! 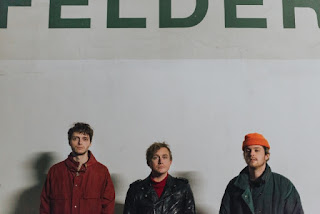 Background - As the good fortune of Omni continues to soar, Chunklet is fortunate to release yet another single by this Atlanta three piece. Omni now shares the second single from Chunklet, "Confessional" on Immersive Atlanta.

"Confessional" follows the release of "Sunset Preacher".  Recorded exclusively for this single, “Sunset Preacher” and “Confessional” are a resounding one-two in the gut reaffirming, yet again, that Omni are far and away one of the best bands going right now.

Frankie and Phillip continue to tighten the screws in their song writing and effortlessly bounding further down the path started by their masterpiece records on Trouble in Mind. Why is it every time you hear new Omni, it just makes you reach out your bowl and say “yes, I’ll have more please!” BANDCAMP.

Feisty and with of plenty of hooks 'Confessional' is hard to pigeonhole. The songs musical arrangement reminds me a little of Television, I think it's the guitar style, however the band carve out a fresh energised sound that is very much their own. Music like this is made to perform live, something the band plan to do very soon. 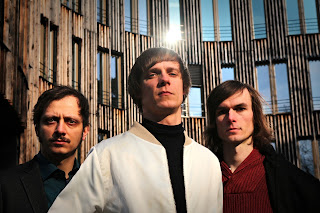 Background - So the world did not end in 2012 after all – but that same year, the German singer and guitarist Tino Bogedaly was drawn to Berlin to discover a new one. The city's rock 'n' roll underground, centred around the legendary 8mm bar, provided what he’d been missing out in the sticks. Inspired by the local music culture – he founded the Mystery Art Orchestra.

What started as a warmer psychedelic sound turned cooler when André Wlodarski joined the band on keyboards and has since evolved into a modern interpretation of post-punk - but without losing sight of its roots. Drummer Bastian Müller is the driving force, giving minimalistic rhythm to varied guitar arrangements while electronic bass and synthesizer add another dimension, echoing and observing the musical scenery from an ethereal distance.

The result is sometimes disruptive and sometimes strangely familiar, almost as if different musical decades have been torn apart and stitched back together in unexpected ways. After several live shows in Germany, England and Portugal, Bogedaly, Wlodarski and Müller have produced the debut album "Prismatic Dream", which will be released on 25 May 2018 on their own label robojim. It seems we can be lucky the apocalypse has been postponed for now. WEBSITE.

One of eleven tracks on the forthcoming 'Prismatic Dream' album, 'Awake' is a very good indicator of the bands style and musical direction. What's more the overall quality of this collection is consistently impressive and very addictive. I am confident to say that if 'Awake' is your thing, the album will be a massive delight. Mystery Art Orchestra are unpretentious, solid and just get on with being a notable rocker of a band.