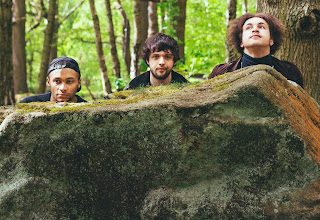 Background - Psychedelic rockers GRDNS share Roulette Love Gun, the third cosmic offering from their forthcoming EP out this summer via Dance To The Radio.

Having fast established themselves within the Yorkshire music scene and beyond, the four-piece will look to build on impressive support slots alongside Gengahr, Husky Loops and whenyoung with their debut festival appearances at Live At Leeds and Gold Sounds in the next few months.

Our third feature for GRDNS this year, again with another track from their forthcoming EP  this time we have 'Roulette Love Gun'. There is a lush and expansive feel from the opening moments as the band tease us again, taking another musical direction and doing so with style. Dreamy alt rock with a dash of psychedelic overtones, on the strength of these three tracks I think it's safe to say the EP is stunning. 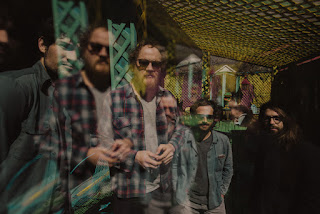 The band have unveiled the first track from the album, ‘Less Than Positive’. Of the song, Michael says "This song's been around and part of the live thing for a long time. I'm not sure how or why it came back around during this session, but it was recorded on the final day. The apartment where we recorded this album has a big spiral staircase in the entrance of the building - we set up drums in there for this one, and hung a mic from the ceiling. Other than harmonies, nothing was overdubbed.".

“There was a musical language that we created; something without a guiding pattern that you could really just jump into and see where things could go,” Michael Nau says of the process of recording ‘Michael Nau & The Mighty Thread’. He’s wildly poetic, especially when recounting his dedication to music, and the work that led to this particular collection of delicately passionate songs. “These things became the vehicle by which we traveled, giving us reason to spend most of our lives in a van of uncertainty.”

The sprawling new album was recorded in guitarist Benny Yurco’s one-bedroom apartment in downtown Burlington, Vermont. Nau and his collaborators had a cool little set up going in Yurco’s spot — drums and bass took over the bedroom, the guitar amp in the bathroom, Nau’s vocals and piano in the living room, and a vibraphone in the kitchen. It’s the first time one of Nau’s records happened all in one place, and “it feels most like a band record than ever before”. Nau and this particular group of musicians held it down together as a true team, which is why Nau named the record in their honour.

The songs on this layered record sound sunny and familiar, like sharing stories and worries with a close friend on a late summer day. In a gorgeous and natural way, he contemplates his own process, those feelings of uncertainty. “Making it too hard just comes easier,” Nau croons on ‘Funny In Real Life,’ an exquisite meditation on creation and self. “Truth is such a beautiful force/And every time we find the chorus/There’s no second-guessing the real/I don’t ever know how I feel.” FACEBOOK.

Michael Nau's vocals are everything Alt Country and Americana needs to set the mood and feeling for these styles. The first taste of the album due in August is 'Less Than Positive' a steady, personal and beautifully natural song that is totally engaging from the opening moments. Without any exaggeration, I am left eager to hear some more... 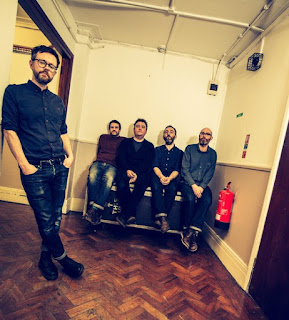 Background - Steven Adams & The French Drops share the video for their new single "Ex Future", taken from the album Virtue Signals, out this Friday, 4 May, via Hudson Records. Anger seldom sounds as enticing as it does on Virtue Signals. It is an album that rails against the iniquities of the world and meshes the personal with the political, without ever smacking the listener around the head. Adams (former songwriter/singer/guitarist with The Broken Family Band and Singing Adams) can’t help but be witty and empathetic even as he rages, and the fury is wrapped inside his characteristically sweet melodies.

Virtue Signals captures the sound of a band finding “its own thing”. Laurie Earle (Absentee, Dan Michaelson & The Coastguards, Wet Paint) plays guitar with a loose, intuitive touch; Michael Wood – who had played bass with The Singing Adams – switches to keyboards here, while Daniel Fordham (drums) and David Stewart (bass) from The Drink complete the band.

Following a few years of performing and recording solo (see 2014’s House Music and 2016’s Old Magick), Adams says he wanted to put together “a band where everyone was following their noses. I’ve been calling the shots for ages now, and now I can lean on these people, make more noise. It’s fair to say we share a lot of the same thoughts and feelings about the state of the world. But mostly we talk about food.”

It’s over 16 years since Adams started making music with The Broken Family Band, generating critical acclaim with each subsequent release and maintaining a dedicated cult following ever since. So, all these years later – having been called a national treasure enough times to fill a pirate’s chest, without ever having become an actual pop star – why does Steven Adams still do it? “I write songs and I play them and I try not to overthink it or to feel reliant on this for anything other than what it is; sounds, words, feelings, and an excuse to hang out with good people. That’s virtue signaling, in case anyone asks.” WEBSITE.

With a deep bass riff and lighter vocals 'Ex Future' begins to build layer by layer, into a polished and addictive alt rocker of sorts. The lyrics add intrigue, the band are as tight as anything and the emotional feel builds with intensity, totally play me again music!