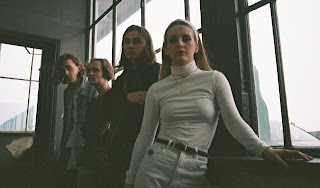 Background - Edging ever closer towards the forefront of emerging British indie music, Brighton’s Thyla deliver another glistening reminder of their boundless potential in thunderous new single Blame. Marshalled by frontwoman Millie Duthie’s soaring vocals, Blame exemplifies a band at the very top of their game with this latest display of euphoria soaked in reverb, brimming with creativity and accompanied by a series of stratospheric riffs and their trademark anthemic chorus.

Spotlighted alongside Pale Waves, Nilüfer Yanya and Sorry in NME’s 100 Essential Acts for 2018, the indie juggernauts have already attracted a whirlwind of online support this year alongside sharing bills with acts including Sunflower Bean, INHEAVEN and Fickle Friends.

Named by Huw Stephens (BBC Radio 1) as one of his Alternative Tips for 2018, the post-punk outfit will be headlining the BBC’s Biggest Weekend Fringe event later this month as well as appearances at The Great Escape where their tenacious live show is sure to earn plenty of plaudits.

Ahead of the track’s release, the band stated: “Blame is about the uncharacteristic choices people make when they’re trying to be like someone else, for the sake of someone else, at a cost to themselves. It’s a neurotic frenzy of guitars with self conscious lyrics about the state of paralysis jealously puts you in; blind anger with no real solution”. TWITTER.

It's our third feature for Thyla this time with 'Blame' another fine song from the band. Last time we described their music as "stylish dream pop/rock with a mixture of melodic vibes and some rock potency". With the latest track the potency is increased, this is one feisty rocker. 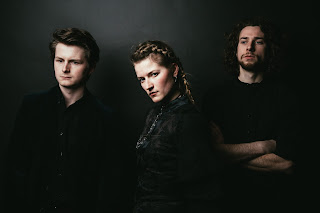 Background - AK Patterson have just released ‘Lady Greyling’, the latest track to emerge from their forthcoming debut EP ‘Shadows’, produced by Charlie Andrew (Alt J, Marika Hackman) and due out on 6 July, 2018 through East City Rockers in partnership with Andrew’s own Square Leg Records. Having supported Alt J earlier this year, AK Patterson will perform at this year’s Great Escape, May 17-19, 2018.

Across a hypnotic, 7 minute span, ‘Lady Greyling’ tracks the struggle of its vulnerable namesake to overcome insistent self doubt. Unfolding from hushed beginnings, the track is - as with recent debut single ‘Shadows’ - anchored by Alex Patterson’s startling, dynamic voice and the nuanced work of bandmates Alfie Weedon and Nat Reading. Speaking about the new track, Patterson says; “Lady Greyling is an imagined character, a fragile bird-like creature who is a vehicle for exploring the trope of being your own harshest critic. As the story unfolds, she conquers her demons by leaping into the unknown, and inhabits the defiant bird of prey she really is.”

AK Patterson has been dubbed a ‘woman possessed’, disappearing to a place of fierce enchantment each time she sings. The foundations of Patterson’s voice - which switches from a whisper to flashes of emotion - were laid growing up in a music-obsessed household in suburban Cambridge. The likes of Jeff Buckley and Bjork were played heavily, alongside a more unpredictable love for Portugal’s traditional Fado singers. A curiosity for the unknown was deepened by travels including a period spent by Patterson living with monks in Japan, where meditation studies were fitted in alongside work in rice paddy fields.

An accomplished guitar and fiddle player, she and her bandmates, Alfie Weedon and Nat Reading, build a rich musical world. Classically trained, Weedon provides backing vocals and versatile double bass playing, having previously spent time in Senegal living with the country’s traditional Griot musical storytellers and poets. Reading’s restless multi-instrumentalism meanwhile, has led him to play everything from Balearic pop to classical guitar with the National Youth Guitar Ensemble. FACEBOOK.

At seven minutes the new song 'Lady Greyling' slowly unfolds into a beautiful and passionate song where the vocals build with feeling and emotion, and the musical arrangement softly ebbs and flows on this gentle and yet epic journey. 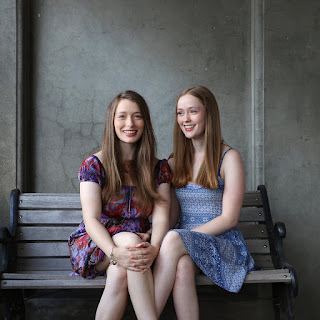 Franny and Zooey - My Love.

Background - Franny and Zooey are a sister duo from Melbourne. As new artists, they are in a formative state of exploration and self-discovery - finding their own voice both stylistically and as a means of expression. Their music is diverse in sound and focuses on using voice and piano to create interwoven harmonies and strong melodies. My Love is the first single from the duo.

My Love tells the story of a relationship that has over time fragmented and broken, now resembling something that is unknown to the couple. Life takes over and the simpler joys of a relationship, once treasured, are forgotten. My Love is the dialogue of a couple trying to communicate, to generate a discussion, but finding each has taken the other for granted, and what they once had is now lost. It’s about losing yourself and your partner, and finding, in the end, that you don’t recognise yourself or the relationship you have created together. The track was recorded by Daniel Morassutti at SAE Studios and produced by Jared Brentnall with additional sound engineering from Andrew Kerridge.

Music has been an integral part of Franny and Zooey’s lives from a young age, where they were exposed to both classical and popular music and studied piano, cello, violin and voice. The girls grew up composing music and writing songs, presenting them in the comfort of their lounge and at school concerts. After finishing school and starting university, Franny and Zooey found themselves with no time to devote to their music. After studying for a year they both decided to take break and join forces in order to pursue their musical ambitions! The name of the duo comes from the title of a book by JD Salinger, and were the nicknames given to them at school by their English teacher.

When Franny and Zooey put their dreams aside to study at university, they realised they lost an essential part of who they are. Their goal in life is to create music that gives people the joy and meaning it gives to both of them. FACEBOOK.

Sister duo Franny and Zooey are an absolute breath of fresh air, as is demonstrated by 'My Love' a gorgeous folk pop sort of tune. This is quality music with naturally melodic vocals and a refined musical backdrop, in fact I would go as far as suggesting First Aid Kit may just have some viable competition here. 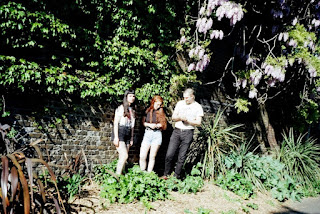 Value Void - Back In The Day.

Background - London-based trio Value Void are announcing the release of the lovesick mid-tempo gem "Back in the Day," in anticipation of their debut LP, expected later in the year on Tough Love. The trio is comprised of Paz Maddio (guitar, vocal), Marta Zabala (drums), and Luke Tristram (bass); three friends with longstanding bar experience and active roles in the London DIY scene, having also played in Los Cripis, Major Malfunction and COP.

"Back in the Day" is a song that looks back to an ambiguous object of fascination. It begins with an insistent riff that sounds as though it could be itching a memory, with the tense verse giving way to an understated yet instantly memorable chorus. Their signature sound is a marvel of songwriting economy, meshing a clear pop sensibility with precise DIY punk.

A narrator, who is conjured by Marta’s lyrics and conducted through Paz’s expressive vocal, puzzles then un-puzzles herself, as she reminisces about an old romantic partner. The premise is that they "are just this weird game", concluding uncertainly that, "without any rules I don't want to play".

Harnessing an explosive energy that befits a perfectly formed punk rock power trio, Value Void nonetheless do so with a minimum of sonic prosthetics, choosing to record live to tape with Euan Hinshelwood at TVT studios in Blackheath. They rely on a stripped-down amplification of their ideas and esoteric technique to create a compelling and visceral sound. Value Void will be touring with Frankie Cosmos in May. BANDCAMP.

Opening with a steady rhythm 'Back In The Day' mixes melodic vocals that have just a little punk feeling to them, alongside a chunky rock background with a hypnotic riff rounding the whole piece off.