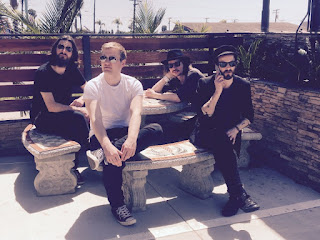 Background - Norway’s Mayflower Madame have shared a new video for their single, "Premonition." This is the title track off the band's upcoming EP, Premonition, dropping on May 18th. The band's 'Premonition' EP will be released digitally and on CD via their own label Night Cult Records as well as on cassette via SpiderChild Records (U.S.) and Black Verb (Germany).

Mayflower Madame was formed in Oslo in 2010. They started rehearsing in a desolate industrial building where they had to share the space with a carwash company. Amidst the gritty surroundings, their hazy, smoke-laden sound seemed to be conceived naturally and the band soon recorded a four-track demo. Just months later, they won the award "Unsigned Band of the Week" on one of Norway’s biggest radio channels. After nearly five years of playing a bunch of live shows across Scandinavia and carefully crafting their sound along the way, Mayflower Madame's debut album Observed in a Dream finally arrived in 2016.

The album proved to be well worth the wait and it's dazzling display of darkly inflected post-punk swathed in shimmering psychedelia earned them rave reviews. Since then the band has toured both in Europe and North America. They have shared the stage with bands like Crystal Stilts, Night Beats, La Femme, Psychic Ills and Moon Duo, which further gives you an idea of their sonic landscape.

The 'Premonition' EP is Mayflower Madame’s first release since their debut and is also a forewarning for the upcoming second album - expected to be launched in late 2018. The band consists of Trond Fagernes (vocals/guitars/bass), Haavard Haga (guitars), Ola Kyrkjeeide (drums) and Petter Marberg (bass). BANDCAMP.

From the opening sirens and chunky bass line 'Premonition' builds in atmosphere as a dark and mysterious post punk song. The vocals add even more depth, the soon to drop EP can't arrive quickly  enough! 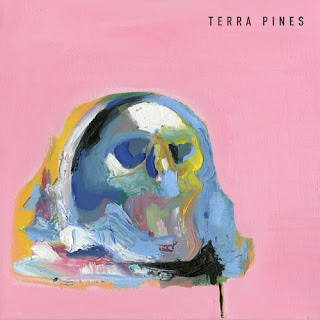 Crafting wholly enveloping music that can just as comfortably sit alongside heavy noise or dexterous indie pop, Terra Pines - Kelly Hanlon (guitar/vocals; also of DEAFCULT), Owen Dengate (guitar/vocals; Ghost Notes) and Cameron Smith (drums/vocals; Spirit Bunny, Tape/Off) - are, as self-proclaimed "mood merchants", more concerned with conveying raw emotion than anything else. Having won ears and hearts to the tune of international airplay from California's DKFM Shoegaze Radio and Reverb Radio in the UK, and plenty of support from local community radio under their former name Tall Pines, Terra Pines unleash their brand of gurgling, boisterous grungegaze with a fresh moniker via their first full-length record.

While bright and noisy lead single 'Kidult' highlights Terra Pines' love of the pop craft, soft-released album cut 'Tiredal Wave' is a weary dissection of ennui, exploding with one last sputter of spirit before descending into quiet again. Terra Pines' inherent love of dynamism and contrast is front and centre in latest instant-grat 'Dream Big', a rambunctious coupling of infectious melodies with heavy guitars and seismic drums that starkly offsets the impassive musings on reconciling youthful hopes and dreams with the reality that things don’t always go to plan.

With the release of their debut album, Terra Pines will embark on their first ever national tour. Witness their ability to create "the most heavily contrasted kind of dream pop aesthetic" (Chris Cobcroft, 4ZZZ) alongside support from their peers in underground noise, punk, and shoegaze scenes like Blush Response, Psychic 5, Concrete Lawn, Pleasure Symbols and many more. BANDCAMP.

We have two of the eleven tracks on Terra Pines self titled new album, 'Tired-al Wave' and 'Kidult' a couple of contrasting songs, that collectively give a fine indication of what the new release is all about. Indie rock meets sludge pop with the occasional drift into shoegaze, whatever direction the band take, the intrigue and addiction is never far off. 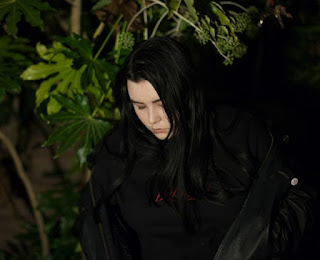 When discussing the 'The Life Illusion', Parker says, "This EP is a collection of songs I wrote when I first moved to London. I worked on them in the studio with Rupert Lyddon and it was the first time I’d ever been in a proper recording studio. They are a reflection of that time in my life and my thoughts and nostalgia around growing up in Australia and then leaving. "

The EP follows the release 'High' which landed a coveted spot on Spotify's Fresh Finds playlist and 'Thighs', her breakout track that has already racked up over 250K streams and landed her a synch on MTV’s Catfish. Hailed by Breaking More Waves as "midnight menacing electronic pop music" with HillyDilly adding "expect a bright future for her", the 21-year-old musician songstress is one to keep your eyes on for 2018.

Born in Doncaster, brought up in Australia, and now living in Hackney, Parker has had anything but a conventional life. Saying her goodbyes to her family in Australia and buying a one way ticket to England to focus on her music career, she hasn’t looked back since. Spending much of last year writing and recording new material and now with four incredible songs under her belt, Parker remains one of the most exciting new artists to emerge in recent years, ready to show the world what this Aussie is made of. FACEBOOK.

We featured the final song from the EP a month or so back and now we have the whole fabulous collection of music to enjoy from the rather talented Parker. From the opening moments of 'Thighs' my expectations were set high and 'The Life Illusion' fulfilled that anticipation with some creative and imaginative indie pop centred music. 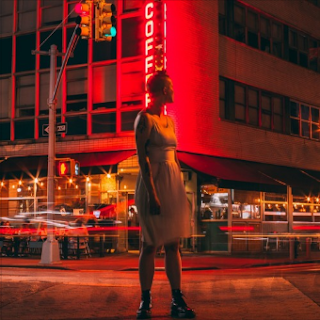 Background - "Pennies" - a song about enjoying the little things in life even though the world has gone mad.

And I still bend down to pick up pennies
Reasons to smile, you don't need many
And I still skip stones
Still balance on the guardrail on that long walk home

And I still bend down to pick up pennies
Reasons to smile, you don't need many
And I still skip stones
Still balance on the guardrail on that long walk home

And I still bend down to pick up pennies
Reasons to smile, you don't need many
And I still skip stones
Still balance on the guardrail on that long walk home.

Both Christopher and Erin Pellnat have been welcomed on Beehive Candy in the past, sometimes as solo artists or as is the case with 'Pennies' performing together. Either way I'm happy, the song writing is always notable, and the musical execution gorgeous and refined. Erin's vocals are captivating, and those musical hooks are once again ready to dig in deep. 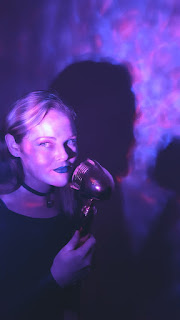 Background - Rose Coyote are a boyfriend/girlfriend duo that have been building momentum with their third album ‘Goddess Cloaked in Stars’. Mostly covers, the duo cover a wide variety of bands and genres, adding their own outerspace sounds mixed with ultra modern electronic production, Rose Coyote have created an atmosphere that cannot be understated.

‘Goddess Cloaked in Stars’ is a sonic exploration that delves into a number of styles showcasing that several different musical sounds can exist harmoniously with one another. With outer space sounds, atmospheric themes and head-nodding percussion, the duo have crafted something highly individual and captivating.

Twelve tracks deep, ‘Goddess Cloaked in Stars’ is a mix of covers ranging from Queen and David Bowie's ‘Under Pressure’, Cat Stevens ‘Father & Son to Blink 182’s ‘Easy Target’, the duo showcase a wide variety of covers including an original as the final track titled '80s Night-Drive Through Hell (Mario’s Inferno). Rose Coyote have an excellent sense of balance with their production and they've  created something truly memorable and engaging. For each track there is a fanvid style music video created.

Bursting with a potent mix of atmospheric energy and remarkable talent to add their own innovative style to these classic songs, Rose Coyote are pushing boundaries and setting themseves apart from their contemporaries. ‘Goddess Cloaked in Stars’ is a vibrant, brave and forward-thinking effort by a band that is worth paying closr attention to. They are working on an all originals album.

'Under Pressure' the second track on 'Goddess Cloaked in Stars' is one of my favourites from this fascinating collection of "mostly" cover versions. Rose Coyote don't so much take the original and put their own mark on it, rather they seemingly turn the material inside out and start their interpretation from there. The result (whatever the real method) is a fabulous and often very catchy album. 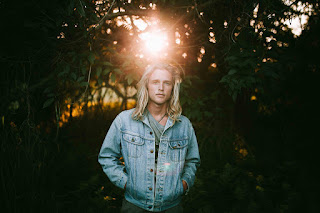 Background - Jackson James Smith is the honesty of an intimate conversation, stripped of assumption and musically personified. Midnight Romance is the second single off Jackson’s soon to be released Spence EP.

There is a certain appeal that comes with honest song writing. Iconic musicians from previous generations created timeless songs with their honesty, creativity and emotionality. Jackson James Smith embodies this in Midnight Romance. Blues movements and melodic nuances, pop vocal hooks and soul instrumentation coagulate into a balance for his musical interest and thoughtfulness towards listeners of multiple distinct tastes.

A song that has been a work in progress over the last four years, Midnight Romance is the culmination of experimentation with songwriting and Jackson’s own personal growth within that time, which have lent themselves to the final work. It is about and for no one and everyone, written not for one person, but for a feeling, for the listener and for the intimacy of connection between artist and them.

The song was recorded with Jared Adlam (Tori Forsythe, Aleyce Simmonds, Athena Joy) whom Jackson met at university and worked closely with in the year leading up to the release at his purpose built home studio. It was mastered by Paul Blakey (Amy Shark, Busby Marou).

The multi-faceted instrumentation and earnestness of Jackson’s lyrics have caused a stir in audiences who have witnessed the in,mate shows Jackson has played – only increasing his desire to reach out to listeners through song.  Jackson is releasing his EP Spence in 2018. INSTAGRAM.

Jackson James Smith vocals are soulful and just a little bluesy. 'Midnight Romance' has something of a classic feel to it, the music is superbly arranged as are the backing harmonies, this deserves the "timeless" tag, it's one extremely good song.