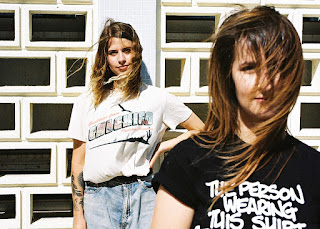 Background - Following shows with Julia Jacklin, Rainbow Chan, Totally Mild, Hatchie and high praise for their deeply affecting sound, akin to "being mown down in a field of violets", Perth chamber/dream pop duo Telete (Teh-leh-tee) announce the wide release of 'Spectator', their surprise debut EP on Friday 22 June. Their new single 'Like Honey', delivering "what it says on the tin" (Nat Tencic, triple j) is out now.

Telete's "dramatic and delicate" heartrending version of a lullaby (Declan Byrne), 'Like Honey' has already oozed its way onto playlists for triple j Home and Hosed, triple j Unearthed, Triple R's Out On The Patio, RTRFM's Out To Lunch and more. Plush with thick synths and strings, the track swirls brightly in waltz time around a comforting, centrifugal sadness.

"I wrote [Like Honey] after an awful breakup last year, and I remember bawling my eyes out as I scribbled down the words. But every time I sang them, they hurt less. There’s a strange comfort in saying an uncomfortable truth out loud: you take something you’ve internalised, a feeling that you carry in your stomach and chest and heart, and you push it all the way back out." - Mai Barnes. BANDCAMP.

'Like Honey' is a gorgeous mixture of chamber and dream pop that is sensitive and engaging, allowing beautiful atmospheric soundscapes to emerge. It's one of eight tracks on the new EP, and I have to say, there is not one track that fails to charm and dig some deep musical hooks in. Telete have something very special going on here, one that is well worth checking out. 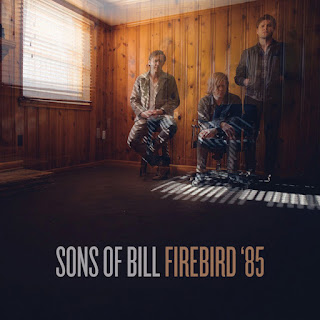 Background - Central Virginia’s band of brothers, Sons of Bill, have announced the release of their new album 'Oh God Ma'am' on 29 June on Loose.

Following the release of singles 'Believer/Pretender' and 'Easier', they have now unveiled new track 'Firebird '85'. "I guess the song is technically “about” a construction worker having a strange redemptive daydream about getting off work. Or maybe he's dead? Still not sure", James tells Uncut Magazine, "I just like the idea of ordinary people, living out their ordinary lives, lost in some grand, cosmic drama inside their own head. It’s how all of our lives are. Just another feel-good song about the inner void."

'Oh God Ma’am', Sons of Bill's latest LP is the band’s most coherent artistic statement to date-- subtle, risky, and sonically ambitious.  Recorded both in Seattle with west coast indie legend Phil Ek (Shins, Fleet Foxes) and in Nashville with Sean Sullivan (Sturgill Simpson) and mixed by Peter Katis (The National, Interpol) the album shows the Wilson brothers moving beyond the galvanic Americana-rock comfort zone of previous efforts, for a more elegant and restrained sound-- a darker, and more complexly layered rock record that manages to be the band’s most emotionally intimate and sonically expansive.  Insistent, dancey rhythms and dreamy, hook-filled, pyrotechnics abound, creating a deceptively anthemic mood around songs that are in and of themselves intensely introverted.

Less than a month since Sons Of Bill first graced our pages we now have the follow up track 'Firebird '85'. The Americana qualities are again notable, albeit this time the band take a more country rock direction, doing so with refinement and plenty of heart. 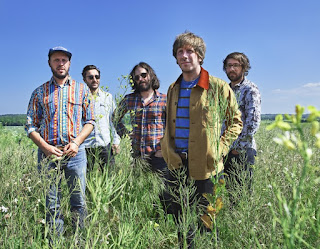 The band shared video for the taster track "Needle" (directed by long-time band collaborator Sam Ford) via Clash, who called it; "a bold, vivid return, one that finds Treetop Flyers pushing themselves further and further". The song is based round a looped section at the end of a record about not wanting a moment to end. As Reid explains; “I had just got out the shower and I was listening to an old Ted Hawkins record. I lost track of what I was doing and heard this noise, I couldn't work out what it was but it sounded like the best drum sound I'd ever heard… with the old school hiss and everything. I thought my flatmates were playing a tune or something. I then remembered I had put the record on and the record had reached the end but had this perfect loop.”

The band was originally formed by Reid Morrison, Laurie Sherman and Sam Beer, who met whilst playing in other projects as part of the West London folk scene. Although their name, Treetop Flyers, will always be linked to the Stephen Stills song, they settled on it as they all felt like outsiders but have stuck together ever since through line-up and life changes. They have most recently been joined by Rupert Shreeve on drums, who has added another dimension to their style and took the songs in uncharted directions that were previously out of reach. On the new record they are also joined by saxophonist Geoff Thomas Widdowson from Loose label mates Danny and The Champions Of The World.

Treetop Flyers follows the band’s two previous critically acclaimed albums, their debut The Mountain Moves from 2013, which was praised by The Guardian who wrote that it; “effortlessly captures the spirit of late-1960s west coast pop-rock: the Byrds and Crosby, Stills, Nash & Young,” as well as Q, who wrote that they; “share with Midlake custody of a brood of Buckingham/Nicks-era Fleetwood Mac licks, likewise the Mac’s mood of unrequited yearning.” Their second album Palomino, from 2016 was praised by Uncut, who called it; “a fittingly great-sounding record, with the band magically tight and melodically assured as they play songs bathed in an evocative ’70s West Coast glow, while drawing on influences including outlaw country, soul and Nigerian psych.” WEBSITE.

It's always pleasing to see country rock music spread it's wings beyond North America, and with 'Needle' the Treetop Flyers not only do that, they do so with grace, style and plenty of natural feeling. This is one very special song, the soulful vibes are everywhere, I am mightily impressed!