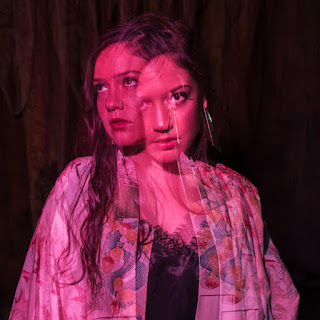 Background - NYC artist Odetta Hartman, who will release her new album 'Old Rockhounds Never Die' through Memphis Industries on 10th August, has unveiled a new song ‘Sweet Teeth’. “Featuring sounds from a construction site, this song depicts a bold young woman defiantly determined to rebuild herself,” explains Odetta. “It’s an anthem to independence, self-acceptance, irreverence, and generally just not giving a f*k about what anybody else thinks.”

Raised by pioneering parents on the Lower East Side of Manhattan, NYC, Odetta’s milieu was a “colourful culture of artistry,” that included early exposure to community activism, renegade film screenings, poetry readings and trips to CBGB's. Inchoate punk and hip hop were aural wallpaper, as were the 45s spinning in the household jukebox featuring her dad’s extensive collection of soul and afrobeat records, as well as her Appalachian mother’s classic country selections. A classically trained violinist with a penchant for back-porch banjo, Odetta combines these variegated sounds of her childhood with her personal passion for folk music and the musicological legacy of Alan Lomax. Lomax is writ large on 'Old Rockhounds...' at least in spirit anyway. Odetta plays all the instruments on this and her debut '222'. TWITTER.

I'm always on the look out for music that is different, unique or refreshingly "out there" so when Odetta Hartman's 'Sweet Teeth' came along, the first thing I noticed was the Cowboy Soul description. That's both a clever and pretty honest description, add the fact that the track is both addictive and original, and a whole lot of positive boxes have been ticked! 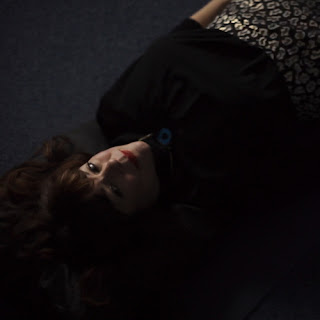 Background - Transatlantic pop chameleon Piney Gir returns with a shimmering new single called “The Great Pretend”, which is a celebration of analogue gear with a sound that nods back to when music was on the cusp of change, just before synth pop and just after punk rock. Channeling Tony Visconti, Julee Cruise and Roxy Music, the song blends angular art rock with hooky riffs and strong melodies. Piney’s lyrics are a little twisted and dark but with an ability to mean two things at once, like a backhanded compliment from Dorothy Parker.

Over the past few months Piney Gir has been touring with Gaz Coombes around the UK, Dublin and Paris and is also one of Gaz’s backing singers. She heads out on the next leg of the tour in June, supporting Gaz’s solo shows. Her live set-up features Garo Nahoulakian, who also plays in Gaz Coombes’ band. Catch Piney on TV tonight as she sings with Gaz Coombes on Later With Jools Holland.

The song was inspired by an eventful night spent at cult author Neil Strauss’s home in Malibu, where he lives in Rick Reuben’s tree house. As Piney explains; “I arrived on a balmy LA night with a full moon and the warm sea breeze lilting over the palm tree silhouettes, it was a real ‘how the other half live’ moment, this place was like paradise, full moon, palm trees. I introduced myself to the bodyguard at the door and took my place at the large table I was led to. There was an ex-prostitute-cum-presenter vomiting loudly in the toilet, there was an artist whose thing was painting large oil paintings of stills from porn films, then there was me and next to me was Matt the founder of Light In The Attic Records.

I tried my first pickleback (https://en.wikipedia.org/wiki/Pickleback) which is a dangerous kind of truth serum, and it got pretty weird; all the while I had this worry that I was some kind of an imposter, what am I doing in this treehouse in Malibu with this glitterati? I sometimes feel like I’ve got little girl lost syndrome, and Neil actually called me up on it and we had a very ‘sh*t got real’ kinda conversation, he had this ability to tap into my psyche in a way that I hadn’t encountered before.  I was telling these people stuff I’d never told anyone and I left confused and elated by this weird night. This song is about that experience and how polarising it was in my strange brain. I knew I would never forget that night, although I didn’t know it would inspire a song, but here it is.” WEBSITE.

There is a gentle understated indie rock feel to 'The Great Pretend', the vocals are instantly pleasing, the musical arrangement clever and almost quirky at times, however it's those melodic hooks that really dig in deep. 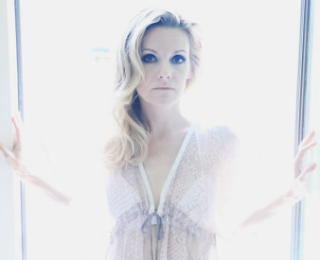 Sarah Sharp - Right Through Me.

Background - Sarah Sharp’s forthcoming EP Dream, produced by one of Rolling Stone's 10 Artists You Need To Know Phoebe Hunt (of Phoebe Hunt & the Gatherers), has just been released, and it captures a moment in time when her life began to upturn after the passing of a beloved artistic ally, Slim Richey.

Instead of resisting profound foundational shifts, she bravely surrendered to the enormous changes and experienced an awakening. Pairing with Hunt was the obvious choice, as "Phoebe is the queen of setting an intention and creating and holding the space to let the universe and the many wonderful musicians in her orbit do their work."

"Everything about working with Sarah Sharp on this collection of songs has felt in alignment with her personal journey.  Vulnerably raw and honest, she is unabashedly proclaiming her inner truth for us all to experience along with her.  Tucked away in a corner of Bed-Stuy Brooklyn, sleeping on my living room floor, she made the journey to play with the group of musicians I have met in NY and trusted me to help bring her songs to life." - Phoebe Hunt.

2018 has already been a game-changing year for Sarah.She is one of the winning recipients of Austin’s prestigious  Black Fret grants which has given her access to financial assistance and an advisory board comprised of Austin’s leading music industry professionals.

Bluesy and soulful vocals and a sophisticated musical backdrop give 'Right Through Me' a classy and funky feel. Sarah Sharp sings with feeling and sensitivity adding even more of a timeless structure to her work. 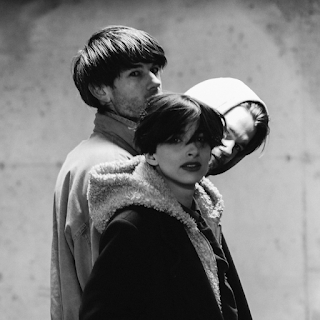 Background - "Health is quiet, loud, strange and pretty. The record is a public confession, a list of probable symptoms, or a thirty-minute long joke about my life as an alien woman. The story of Health is like: if one of your co-workers was a defined manic pixie dream girl to all of your customers, but you knew she was actually a weirdo bitch twenty-four hours a day.

The disconnect between appearance and reality, not just a comparison and contrast of the two ideas: we've delved into that theme in our videos as well as our album design. It can be endearing to be weird, but when you see yourself there, sometimes you feel like you're offending people just by breathing around them.

I keep myself at an arm's length from many things because I like to write about them in silence and isolation; by the nature of the work I love, I can't live in every moment with my loved ones without feeling deep anxiety or gathering ideas for future work. It is difficult for almost everyone I know. I'd say this record mostly looks at the fictional and real life of a person who is me, being that every song touches on my truth, my interpretations of the truth in others, or my assumptions of universal truth and the ways each are affected by my distance between my experiences and my memories, with each step I have taken to come to the current.

In Health, every song is blue and warm black. Dave, Salt, and Late Night Girls all have some red, white, and/or glitter to them. Health is Deux Trois' first venture into product design, filmmaking, heuristic art practice, and music. The oldest ideas in Health are from 2015, the newest ideas are yet to come. I hope the record stays with you as these songs have with us. Thank you for listening." TWITTER.

The two singles from the 'Health' EP are 'Late Night Girls' and 'Dave', two fine examples of the varied and intriguing nature of this collection of songs. Sometimes sounding quite stripped back with a simmering tension not far off, there are more melodic moments and the energy levels ebb and flow, overall this is a strong and imaginative EP, as Deux Trois carve out their own very engaging sound.