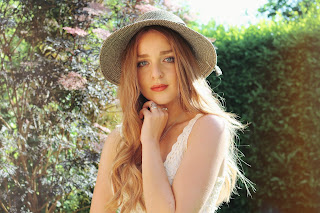 Born in Liverpool and raised in Rainhill and Widnes, Sophie began playing piano aged 6 and wrote her first songs aged 9. Brought up on an early musical education of Nick Drake and Van Morrison, and later introduced to Joni Mitchell and Carole King, Sophie released her first singles Marionette and Quietly in 2016. She followed these with the release of her debut EP Annie and lead single Hey Annie last year, alongside a UK and European tour with The Waterboys, whose track The Whole Of The Moon features on the Annie EP.

Sons & Daughters was written in the same afternoon as previous single Hey Annie, with The Verve’s Simon Jones and Davide Rossi (Goldfrapp, Coldplay, The Verve). It is an emotive folk song which fully showcases Sophie’s warm delicate vocal, building to a gorgeous melody that pulls you in close like a welcome embrace. Sophie says;

“The song itself is quite simple in its nature. I think it had been something I was thinking about for a while... that we are all just somebody's son or daughter. I think remembering that can be quite reassuring. The song is a sort of rejoice, that regardless of the different lives we lead, we all begin and end at the same place.” WEBSITE.

Intimate and personal sounding from the very beginning 'Sons & Daughters' is a subtle, melodic and captivating modern folk song. The musical backdrop is creative as instruments weave around each other, and Sophie Morgans vocals glide beautifully above. 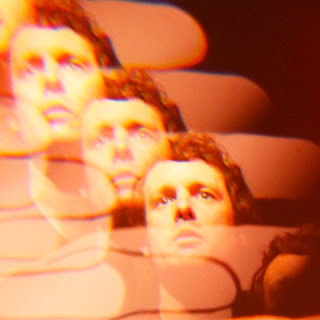 Talking about the show, Dom Thomas describes the Whyte Horses Experience. “We approach each gig as stand-alone event in which we attempt to bring together all of our favourite films, music, art and squeeze it into one evening. We want to create an experience, a night that feels like The Velvet Underground sound-tracking a Stan Brakhage film, or The Glen Campbell Goodtime Hour with an Exploding Plastic Inevitable-inspired lightshow”.

"We’ve invited like-minded special guests to perform songs with us in a quasi TV special format, between songs from our albums Pop or Not and Empty Words. The Whyte Horse Experience is a place to hide away and forget about the outside world for a couple of hours." WEBSITE.

The music is lush and fresh on 'Never Took the Time' a dreamy psych pop song where the vocals are equally melodic and dreamy, and the hooks are everywhere. 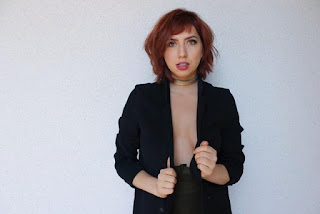 Background - We now have the highly anticipated single from Los Angeles songstress, Beck Pete. Entitled ‘Gently Break It’ the single truly takes the listener on a ride featuring intricate hooky melodies and multiple musical scene changes all with an overall underlying indisputable element of soul. From her emotion-forward approach to sharing across all platforms to her songs stemming from her most intimate moments, everything about Los Angeles artist Beck Pete bursts with every inch of her truth. Gravitating towards unconventional melodies and authentic storytelling lyricism, the songstress curates a unique style of pop songwriting that is always rooted in experience, written from a place of yearning, and always brutally honest.

Inspired by a need to highlight the most vulnerable and extreme sides of the herself in an attempt to accept them, Pete has created an outlet for people to feel a little less alone. Combining the most feminine and masculine versions of herself, along with the most emotional and most overwhelming artistic, Pete finds herself able to thrive in these extremes and seeks to encourage others to do the same.

Fusing contemporary pop elements with rock and roll textures and unpredictable, buoyant background vocals, Beck creates an undeniably distinctive sonic landscape that listeners can truly lose themselves in, and that defies current musical landscapes. Mastered by Joe Laporta (Shawn Mendes, Leon Bridges, Imagine Dragons) and mixed by Ryan Gilligan (Kevin Garrett) Pete’s music serves at a reminder of the importance of the duality of vulnerability and strength. "I hope that every one of my songs facilitate communication. The only way that we will move forward in any capacity is to normalize uncomfortable situations. We need to normalize communication. Normalize feeling. Normalize heartbreak”, confides Pete.

Upcoming single ‘Gently Break It’ thematically sheds light on a situation that is all too common romantically, where a person convinces themselves that they are undeserving of love and therefore romanticizes the idea of playing a victim in an unhealthy relationship. Pete reveals, "I have been that girl, and can’t say that I won’t be again. I’m just hoping that this song serves a reminder of that tendency, and spreads awareness to everyone who hears it that, one, they are not alone in this cycle and two, they can break it by believing they are worthy of something positive and healthy”. Sonically the song truly takes the listener on a ride featuring intricate hooky melodies and multiple musical scene changes all with an overall underlying indisputable element of soul. WEBSITE.

Opening with a feisty bass that slowly and rhythmically drives the song forward, Beck Pete's vocals  quickly add some vibrancy and emotion to 'Gently Break It'. Stripped back and with some natural rock and roll feeling, the addition of just a sprinkling of pop vibes gives this track some real edge.