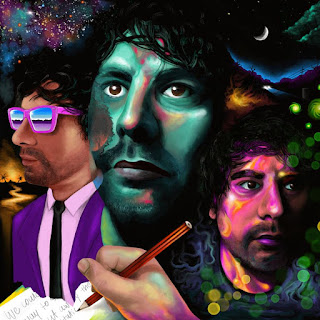 Alex Arpino- I Remember You (Dancing with the Devil).

Background - Alex Arpino has had a rich history in Perth music, with a decade fronting indie pop purveyors The Autumn Isles behind him, he has now set out on a solo escapade by releasing his debut self-tilted record - also to receive a hometown launch this September 1.

Following on from first taster Space Ghost (In a Puppet), current single I Remember You (Dancing with the Devil) heralds an open playing field and showcases not only his songwriter prowess, but Arpino's skills as a producer. Written and recorded in his studio, Alex Arpino handles all instrumental and vocal duties with help from Malcolm Clark (The Sleepy Jackson) on drums and has pieced together an infectious set of songs balancing the line between new wave and psych pop.

A creative force, Alex Arpino has been described as a renaissance man, whether it’s producing large scale urban art murals and delicate portrait work or constructing records, his depth of artistry and attention to detail consistently shines through. On the conclusion of The Autumn Isles in 2015, Alex spent the next few years working on a list of songs that connects to his childhood, the wide-eyed years of discovering the joy of pop music.

As a lyricist he has historically painted pictures in metaphor and existential themes. This work has been far more autobiographical, recollections of lost love, childhood hopes and adolescent adventures. There is a cinematic quality here, no more apparent than with Bright Lights Disaster, a haunting song that suggests a dystopian scene with a longing for connection and solace. Melodies and Self Deprivation a song presented across several acts, a lush foot note to the personal challenges faced in the lead up to the production of this ambitious album. FACEBOOK.

The vocals are distinct, energised and totally melodic on 'I Remember You' a clever, upbeat and very catchy pop/rocker. The video is fun and fits perfectly alongside the song, both are arranged and produced to a high standard. 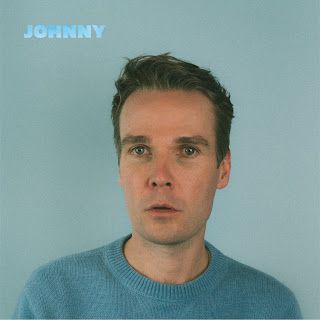 Background - Craving an escape from the endless parade of yoga mats and craft beer culture that defines my native Vancouver, I accepted the invitation of Pat Riley and Alaina Moore (of indie heavyweights Tennis) to record in their home studio in Denver, Colorado. We traded instruments and ideas, and with Beach House drummer James Barone in tow, I came out the other side with the solo EP Johnny, out September 28th.

Lazy Love is just something that came when there was nothing much on my mind. It breezed in one morning and landed on my piano. Just a couple of chords for the melody to dance around on.

There is nothing wrong with being lazy. Especially in love it is a virtue. I finished the song very quickly and made a demo which I sent to Pat and Alaina because it reminded me of them. I suppose that was the birth of this little EP.

For the video, we just wanted to film an honest performance of the song with me at the piano in a white suit. But as the day of shooting dragged on I decided to have a few drinks and I ended up, inadvertently, making the whole scene extra schmaltzy. So where I was going for a sincere John Lennon I think I wound up with more of a drunken Liberace. Fortunately, it suits the song better. I knew from the start that I wanted Alaina to appear at the end like that. Two Alaina angels on my shoulders. TWITTER.

Opening with a striking piano and vocal arrangement 'Lazy Love' gently builds into a melodic and dreamy song that oozes charm. The addition of a soaring guitar ups the power, without interrupting the gorgeous vibe this piece creates.