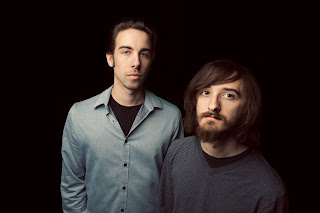 Background - NYC-based The Soft Underground may hail from the outskirts of Manhattan, but have been hailed as modern decedents of the touchtone bands from Seattle’s 90’s alternative scene.

Formed in 2010 by drummer, Andrew McCarty and guitarist, Charlie Hickey, the band quickly began to write, perform and record original music. Their mode of working involved perfecting their musical beds and then casting the correct guest vocalist for each song, working in the rock genre in a similar way that French electro innovators Air recruit collaborators for their tracks. Guests have included Nick Redmond (Star & Micey), Brannon Barnett (The StoneCoats) and Rick Steff (Lucero, The Afghan Whigs, Hank Williams Jr.)

What emerged from these collaborations was unique yet accessible to the mainstream, and their debut album, 2015’s Lost in Translation, garnered positives nods from The Big Takeover, Music Street Journal and Alt Nation. The latter was quick to nail down their dynamic combo of solid hooks and rock riffs, noting the potential for radio ready singles.

Their forthcoming sophomore follow-up, Morning World, is a much more personal work which continues their penchant for eclectic variation. They labored over the recording process for over two years, insuring their melodic, dreamy and diverse esthetic evolved beyond their debut. The resulting recordings could be described as alt art rock in the vein of Deftones, Father John Misty and Stone Temple Pilots - a solid rock foundation that integrates big band swing, jungle electronica, shoegaze and punk. WEBSITE.

'Ghosts' is a refined alt rocker that mixes pleasingly distinct vocals and a slick soundtrack together, and adds in some delicate harmonies and subtle melodic hooks. If the sophomore album is this good throughout, it's gonna be something very special. 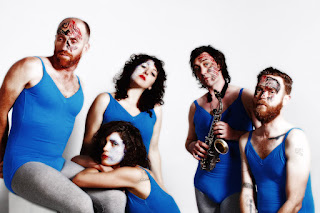 Appearance number five on Beehive Candy for Earth Girl Helen Brown, this time we have a new music video for 'Set the Woods on Fire'. Musically it's another imaginative and massively catchy song, on that front they are so consistent, and the video adds just a little more message and some intriguing dancing as well. 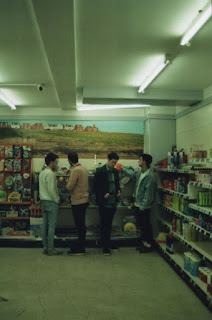 Silent Forum - How I Faked The Moon Landing.

Background - Cardiff's Silent Forum are a combination of shadowy post punk and the more accessible side of indie rock.

The band are releasing their new single How I Faked The Moon Landing on 10th August on Libertino Records’ ‘Singles Club’. A music video for the single has just been made available.

How I Faked The Moon Landing is the first track to be released from our debut LP produced by Charlie Francis of R.E.M., Future of the Left and Ultravox fame.

How I Faked The Moon Landing’s video was filmed in Barry Island by filmmaker Jaydon Martin - it features the band on jubilant form, surprising the locals in Barry’s famous arcades.

'How I Faked The Moon Landing' opens with some addictive, rhythmic vibes, that suggest this song is going to be rather hard to ignore. Once the vocals commence and the band subtly take things up a notch, it's all apparent that Silent Forum have developed one engaging and resplendent sound. Whether it's indie rock, post punk, alt rock or whatever, it is without doubt an impressive track that guarantees further investigation of anything else they already have to offer.