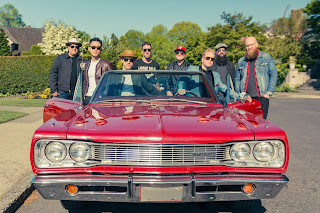 The West Coast Feed - You Belong To Me.

Since the Seattle, WA-based band’s formation one short year ago, The West Coast Feed has filled clubs and theaters by word of mouth, drawing audiences to an experience of sound and sensation that makes sitting still impossible. With their highly anticipated self-titled full-length debut, founding member/guitarist and accomplished recording engineer Matt Woll polishes the sweat, grit and energy of the band into a sonic studio shimmer.

Jesse Butterworth’s résumé includes fronting an award winning, label- signed band with a #1 radio hit, on their way to the proverbial big time. But in the middle of a sold out show in Los Angeles, Jesse’s flying leap off the drum riser resulted in a compound leg fracture, and the sudden end of a dream.

He compares the experience to dropping off a cliff and a total loss of momentum. But after relocating to Seattle he met a kindred musical spirit in Matt Woll and the two friends formed The West Coast Feed. “We called up the best players that we knew,” and over a two-month period there would be a new member each week, expanding exponentially from two members to their current eight-man lineup.

Philanthropic support is a central theme to the band’s mission as they have partnered with two non-profit organizations for benefit shows: charity:water, and All God’s Children International. The latter group, an organization that cares for orphans and facilitates international adoptions, is especially close to Jesse’s heart, as it provided a path for him and his wife to adopt their Ethiopian-born daughter Harper. Their adoption journey is captured in the band’s lively debut single “You Belong to Me.” WEBSITE.

'You Belong To Me' is a little rambunctious, hugely slick and can comfortably have the term 'timeless' attached to it. Rock and Roll with plenty of classic Soul is performed vocally with a sense of urgency and passion, whilst the band have that consummate professional sound, whilst still knowing how to party and enjoy themselves. 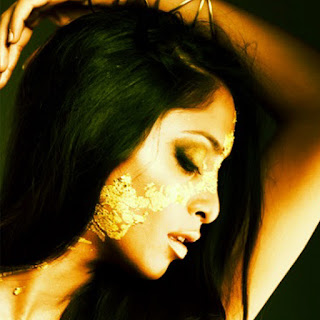 Background - Chantitown has released an enchanting video for 'Mother of Sun'. The London-born, former Performing Arts student has been writing and experimenting with sound since an early age, realising her ever-ambitious true calling at just 13 years old. Chantitown grew up in a household filled with musical influence and received her first musical lesson whilst at still in school, whilst knowing that her passion for music was a “soul-connection that ran deep” , and vowing on this ever since.

So naturally, Chantitown took the time to research, and self-educate herself on the vast plethora of musical genres the world had to offer, including classical, folk, urban, rock, etc. But this is no limit - only until her introduction to poetry, did Chantitown truly find her place in ultimate expression, by contributing her own inward thoughts and words as sole influence to her songwriting capabilities.

Chantitown is heavily influenced by accomplished or legendary songwriters such as Joni Mitchell, Carol King and Tracy Chapman, to the electronic trip-hop hypnotics provided by Massive Attack, Portishead, and MGMT. Chantitown can be stylistically compared to Bat For Lashes, Lorde or even Cat Power for heartfelt, yet raw and immersive presentation, compelling vocal delivery and intriguing instrumental backdrops.

Her music is one that tells a story, evokes intense emotion and delight drenched in empowering, earnest lyrics, put together in an almost dream-like fashion which transports you to an ethereal plane of existence. Chantitown’s music is nothing short of majestic, leaving you ripe in anticipation whatever is next to come. WEBSITE.

The vocals are simmering with feeling on 'Mother of Sun' as they melodically work they way into your world. The music gently supports the emotional journey of this song, occasionally adding extra layers, and the video gives the piece an additional level of mystery. 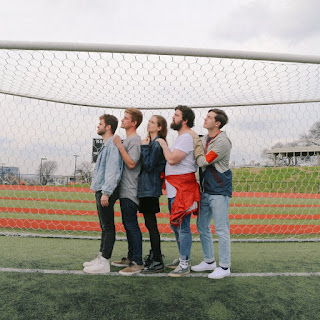 Background - The Pressure Kids, a Nashville-based indie rock five-piece, just released a new single, "Fever". It got added to Spotify's last New Music Friday playlist, and racked up over 40,000 plays in its first weekend.

The Pressure Kids are an incredibly DIY outfit - in the best of ways - and have been hustling in Nashville, playing shows and recording music independently, since they formed during their freshman year of college in the fall of 2013.

They've been post-grad for a year now, and "Fever" is the first piece of a new collection they've been working on - it marks a really exciting chapter for them, WEBSITE.

We featured The Pressure Kids once before in 2016, describing them as playing "Melodic indie rock, with really pleasing vocals and harmonies." Clearly that was no one off as 'Fever' ably demonstrates. The band have a more refined feel to them, the hooks are constant and a soft yet upbeat lilt makes for a gorgeous feeling throughout. 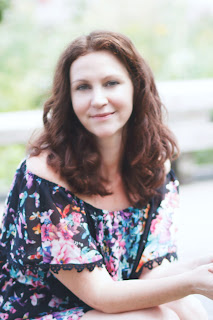 Background - Heather O’Neill was born in Ireland and raised in the suburbs of Chicago, living in 18 other contrasting environments before the age of 30. This deeply varied experience of the world shaped her into a truly modern gypsy, a lifestyle that naturally informed her music – a provocative blend of singer-songwriter blues, marinated in a gumbo of soul, rock and folk.

O’Neill began recording in 2004 and has since released two LP’s and one EP. Initially inspired the punk femme ethos of the 90’s, Heather eventually settled into stripped-down, acoustic-based songs for her first albums, a format which came in handy as she canvased the Midwest and gigged around LA, NYC, Seattle and London. These releases and subsequent tours were rewarded with press, international podcasts and nods from hometown tastemakers like Radio One Chicago, drawing comparisons to Erykah Badu and Ani DiFranco.

Her newest EP album, Transmute, is an honest outpouring concerning the ineffable and often bittersweet emotions inherent in the metamorphic human experience. The alchemic process one goes through, in hopes to vibrate higher, is often plagued by darkness, along with a lion’s share of beauty. “It’s about realizing that certain behavior no longer feeds you, but struggling with the innate attraction to those dark aspects along the journey” Heather concedes. “Like Mercurius from Roman mythology, I try to ‘enjoy my time equally with both the good and the wicked.” WEBSITE.

Chunky bass riffs and a constant beat give the music a stripped back and potent feel on 'Nicotine and Neon'. Heather O'Neill's vocals add the melodic dimension, giving the song character and at two and a half minutes duration, it's over before it's begun, ensuring a second spin is mandatory at the very least. 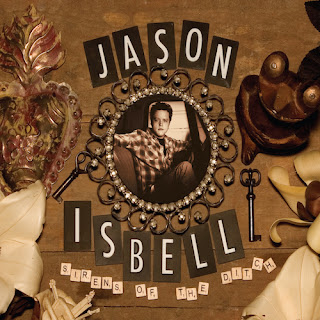 Background - New West Records is set to release Jason Isbell’s Sirens Of The Ditch (Deluxe Edition) this Friday, July 13th, 2018.  Originally issued in 2007, Isbell’s solo debut was met with critical acclaim upon its release with SPIN calling it “...a gorgeously whisky-soaked country-soul masterpiece,” American Songwriter declaring it, “...a decadent debut,” and Pitchfork stating that it was “...a strong debut full of the kind of confident, charismatic songwriting that just can’t be taught.”

Co-produced by Isbell and his former Drive-By Truckers bandmate, Patterson Hood, Sirens Of The Ditch was recorded at the legendary FAME recording studio (Otis Redding, Aretha Franklin, Wilson Pickett) in Isbell’s hometown of Muscle Shoals, AL.  “A lot of old soul musicians came through here in the late ‘60s and ‘70s and helped define the Muscle Shoals sound, so that influence was always in my environment, but on this record I really tried to capture that,” Isbell stated in the album’s original press release.

On Sirens Of The Ditch (Deluxe Edition), Isbell is joined by Brad Morgan of the Drive-By Truckers on drums, and former Drive-By Truckers member, Shonna Tucker on bass.  Several musicians pop in for cameos including the iconic Muscle Shoals Rhythm Section players David Hood (Patterson’s Father) and Spooner Oldham on “Down In A Hole,” John Neff of Drive-By Truckers on “Dress Blues” and Patterson Hood on “Shotgun Wedding.”

We are sharing two of the unreleased, bonus tracks 'Crystal Clear' and also 'Racetrack Romeo'. The first is a laid back, bluesy rocker that gradually gathers momentum and a few more rock and roll layers of sound. The latter track has something of a ballad style to it, the natural rock vibes and passion are again present the only question I have is an obvious one, how were these not included on the original album?