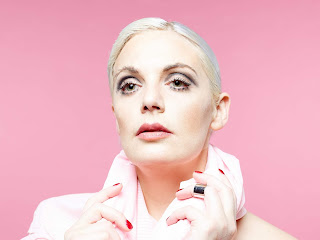 "One & Two is a restless song about how communications bend and warp, especially in this new frontier, where nothing is as it seems." The term “dream grunge” is not one that’s used often...unless you’re describing Los Angeles band Psychic Love. Fronted by “queen of the underground,” Laura Peters, Psychic Love embodies the true meaning of indie rock wholeheartedly.

Self-described as Nirvana Del Rey, Psychic Love’s first EP, “The Hive Mind,”  has garnered exciting critical acclaim. Noisey dubbed the release “one of the more promising and refreshing debuts in a sea of staple LA psych and surf rock.”

Laura isn’t just a front woman. In 2015, Peters started the underground venue Vega’s Meat Market out of a converted Echo Park storefront (it was once a butcher shop), and co-founded Play Like A Girl, a music collective that presents a monthly, all ages showcase at The Echo, featuring female and female identifying acts.

Whether it’s bringing the underground music world to the forefront of Los Angeles culture, or creating addictive pieces of music, Laura and Psychic Love are a lifeline to the alternative music scene in Los Angeles.

The description Dream Grunge makes more sense having listened to Psychic Love and is ably demonstrated with the new song 'One & Two'. Melodic pop sensibilities are immersed in a deeper musical surrounding where they cleverly combine, add in a coach load of hooks and you have a very creative piece. 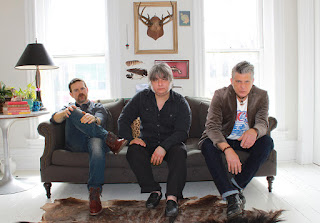 The Differents - It's All Too Beautiful (album).

Hallwas and Garrity were then joined by Gary Stier, who took on bass duties and began writing new material with the group, in 2015.

Over the years, the band has played hundreds of gigs, have opened for the likes of Wayne Kramer and Soul Asylum and released three albums before their long-awaited fourth LP, It’s All Too Beautiful, which was recorded by Adam Yoffe.

Their music has strong roots in 60s and 70s R&B and rock ‘n’ roll and has drawn comparisons to The Who, Small Faces and The Replacements.

As albums go 'It's All Too Beautiful' packs plenty of variety. From fully fledged natural rock and roll through to more refined slower pieces The Differents have come up with a selection of songs that keep you guessing what's next in store. The musicianship is highly crafted, the vocals lend themselves to pretty much all the styles the band create. Yes there are comparisons as mentioned above, yet this feels original and the music is fresh and consistently catchy.