Showing posts from September 9, 2018
Show All 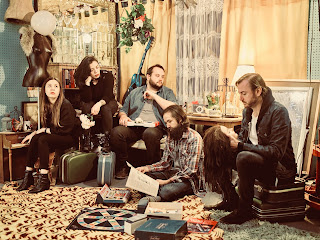 Curtsy - A Better Pet. Background - “A Better Pet” combines unforgiving rhythmic momentum with captivating melodies to evoke the self-destructive apprehension that too often plagues the insecure romantic. It's about an individual who picks fights in their first relationship because they're more comfortable with chaos than coming to terms with the idea of needing someone. The video concept revolves around freedom from insecurity--allowing yourself to enjoy life with the people you love in a no-rules territory. We want to enjoy life and have fun with no strings attached. Sharing these kinds of moments with the people we love is the greatest feeling in the world. These are nights where we feel free and have more fun than we've had in a long time. Curtsy is an indie-rock five piece consisting of Austin Knecht, Crystal Napoles, Kai Dodson, Tamara Simons, and Jonathan Palmquist. Curtsy was formed when Austin Knecht (vocals, guitar) auditioned as a lap steel player for a
Post a Comment
Read more

Vulgarians - The Buoys - The Arthur Brothers 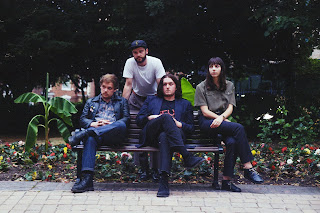 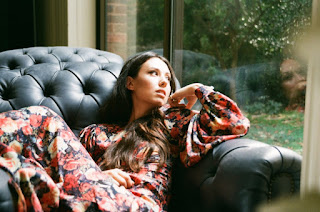 Frigga - Flower Flower. Background - Frigga the British-Norwegian artist formerly known as Sasha Siem - returns with her most cosmic and sensual single to date, ‘Flower Flower’. Conceived in her home studio in Brooklyn NYC shortly after giving birth to her son, Dylan. The song was recorded in Queens Park, London with the UK producer Danton Supple.  ‘Flower Flower’ is a bold celebration of desire, the human body and the pure pleasure of being alive. With her wizard-like word-play, Frigga courageously leads us into the darkest and most challenging of truths while at the same time being radically celebratory and empowering.  Using sacred objects - (crystals, runes, tuning forks etc.) - to create unique percussion sounds and beats, the album also marks Frigga’s return to her first instrument - the cello. Recorded at 432 hertz - otherwise known as ‘the Love Frequency’ - the vibrations and sounds of the record are intended to ‘awaken, restore, uplift’. Frigga studied music and poetry at
Post a Comment
Read more 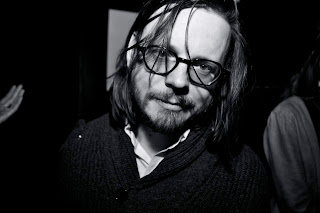 Joey Sweeney & The Neon Grease - On Monday. Background - The somewhat humourous new video for “On Monday” is one of the stand-out tracks from Joey Sweeney & The Neon Grease’s debut album Catholic School. The album is officially out digitally now through Burnt Toast Vinyl and The Giving Groove, with the vinyl edition to follow in late October/early November. All releases on The Giving Groove include a charitable component, and the release of Catholic School is no exception… half of all profits from album sales, both digital and physical, will go directly to Rock To The Future, a non-profit organization that provides music education for Philadelphia’s underserved youth, at no cost to them or their families. Sweeney & Co will also be celebrating the album’s release tonight in their native Philadelphia with a proper album release show at Everybody Hits. Over the past 25 years, Joey Sweeney has become a staple of Philadelphia’s influential songwriting and literary scene… he
Post a Comment
Read more
More posts