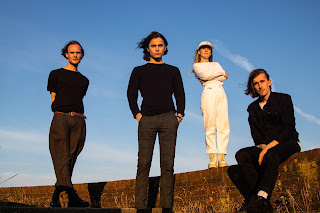 Expertly masterminded by frontwoman Millie Duthie’s commanding vocals, Candy strikes a much more sombre tone than their previous material with a series of carefully constructed guitar parts and dreamy intervals capped off with another trademark anthemic chorus.

Earmarked as one of NME’s 100 Essential Acts for 2018 alongside Dream Wife, Nilüfer Yanya and Pale Waves, the quartet demonstrated their potential in the first half of the year sharing bills with Sunflower Bean, INHEAVEN and Fickle Friends as well as encouraging displays at The Great Escape, Live At Leeds and Dot To Dot.

Praise from all corners of the press, widespread support on the BBC Radio 1 airwaves (one of Huw Stephens’ Alternative Tips for 2018) and recent shows alongside Slaves have only added to the growing excitement surrounding the band heading into what promises to be a busy autumn period.

Discussing their forthcoming release, the four-piece stated: “You know when you have impending doom and you have no idea why because there’s nothing specifically wrong that you can put your finger on, and your dreams are messed up, and when you wake up you wonder what they mean? That’s what Candy is about”. TWITTER.

Thyla appeared a few times on Beehive Candy early on this year and make a fine return with 'Candy'. A refined and beautifully structured indie rocker the vocals are charming and power up with intensity when required. Surrounded by some notable alt/indie rock musicianship, the debut EP is eagarly anticipated. 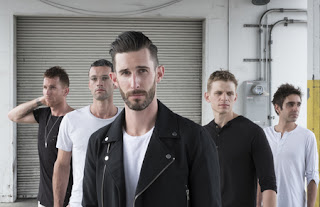 The Brevet - So Long.

The video for “So Long” was inspired by the tv series Westworld and acclaimed film Get Out. Video director Sarah Thacker, who was recently featured in the Hollywood Reporter, said, "the piece takes inspiration from both Westworld and Get Out, sort of riffing off concepts presented in those films and putting a retro modern spin on them. Aric and I liked the idea of the video being a lesson in looking for love and purpose in all the wrong places, before finally taking over and righting your ship."

Legs is The Brevet’s third studio album and stands for “L”ike “E”very “G”reat “S”tory. Staying true to its acronym, The Brevet’s upcoming album contains all elements of a memorable tale; reflecting the band’s growth and maturity leading up to the explosive new record. Damm explains, “Our band has been through an evolution these last couple years.

We absolutely love the writing and recording process, but somewhere along the way, our focus shifted more towards touring and performing live, and the music we were creating just naturally started to reflect that energy...We’re writing in a way we want to write now. I’m not trying to follow trends; I just want to write from my heart.” Legs is a powerfully charged work, full of gritty soulful vocals and distorted guitar riffs. WEBSITE.

Opening with a potent and almost rasping soulful vocal piece 'So Long' is a dynamic, powerful and heartfelt song. It's also something of an alt rock anthem without sounding contrived or pretentious, rather the band are just totally into the piece which naturally conveys itself. 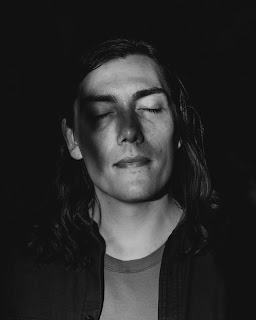 Background - Valley Maker, the folk project of Seattle songwriter Austin Crane, will release his new album Rhododendron in two weeks, and today he shares the video for his new single "Beautiful Birds Flying," which was produced by Chaz Bear of Toro y Moi and the video directed by Movie Company (Joseph Kolean and Zach Gutierrez).

Austin says; “Beautiful Birds Flying was the first song I wrote for the album that would become Rhododendron. I wrote it almost immediately after hearing about the horrific Mother Emanuel Church shooting in Charleston, South Carolina – which is a city I love in the state where I grew up. It was meaningful to record the song a few years later with Chaz Bear, who I went to college with at the University of South Carolina. The song wrestles with the presence/recurrence of violence in the world and how to respond to that – feeling tendencies towards escapism, while also acknowledging an inevitable rootedness in places and patterns that are complicit.”

On Valley Maker's second full-length album, Rhododendron, songwriter Austin Crane sings about movement - from one kind of belief to another, from place to place, through time. This new record from Crane, a Seattle-based musician and PhD student in Human Geography, reflects both the rootedness and rootlessness that shapes his songwriting on the precipice of his third decade. Like his noted inspirations Jason Molina, Bill Fay, and Gillian Welch before him, he speaks to the strange and transitory ways we mark time through our lives. Years pass and fold in his cosmic American songs.

Rhododendron, which also features the previously released singles "A Couple Days" and "Light on the Ground," is out on October 12th via Frenchkiss Records. WEBSITE.

'Beautiful Birds Flying' is a beautiful song, simple as that really. The music is expansive and yet uncluttered, the vocals and harmonies are exquisite and the melodic hooks just keep on coming. It's folk music at the core, it's also surrounded by fabulous and relaxing vibes.