February 24, 2019
With a steady rhythmic vibe The Curls interact beautifully in terms of musicianship, add in the melodic dual vocals and this psych pop song is extremely catchy. We featured Wovoka Gentle a couple of times last year and their return with 'Sin Is Crouching At Your Door' where psychedelic vibes are everywhere on this charmer. The Underground Youth deliver some solid rock and roll where the distinct vocals swirl above the momentum adding some angst and emotion. Malihini offer us some refreshingly creative lo-fi pop, where the hooks gradually work their way in deep. It's getting on for a year ago when Post Louis were featured here twice, and the new song is another good one, where the musical textures are fabulous as are the vocals and harmonies. 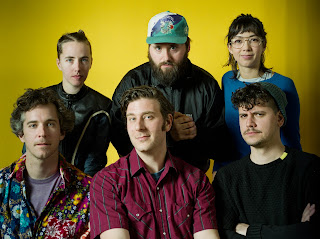 Chicago, Psych-Pop band The Curls have shared their new single "Isn't It Funny". The track features experimental artist Sophagus on lead vox and is one of the band's first songs solely written by their multi-instrumentalist Jen Marhsall. It was produced by long time collaborator Michael Mac.

The sextet group, led by vocalist and guitarist Mick Fansler, is comprised of Jenny Marshall on keys/trumpet/saxophone, Rami Atassi on guitar, Anna Holmquist on vocals, Matt Puhr on bass, and Carl Swoveland on drums. As they continuously experiment with blending genres, their music has been labeled Psych Pop, Art Rock, Nu-Angular Guitar and even Hardcore Experimental Power Adult Contemporary.

Following their 2017 debut full-length album Super Unit, The Curls will be releasing their sophomore album Bounce House out April 2019 on Diversion Records. The Curls are slated to play their first SXSW shows in March. 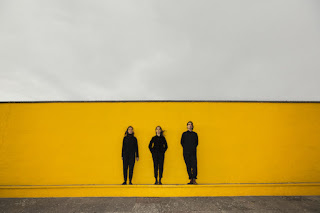 Wovoka Gentle - Sin Is Crouching At Your Door (Radio Edit).

After releasing singles '1,000 Opera Singers Working in Starbucks', which was included in the official soundtrack of FIFA 19, and 'Peculiar Form of Sleep' at the end of last year, they share a new track from their upcoming debut. Of 'Sin is Crouching At Your Door', a psychedelic piece of cinematic experimental pop, the band say : "It could maybe be seen as the soundtrack to a sense of dread, a sense of being out of control. Tuning all the strings of your guitar to D and thrashing as hard as you can to try and regain the feeling that things can make sense. You then look within yourself, though, only to find desolation and destruction disguised as creativity; the metropolis has been bombed by individuals, and the only escape hatch down below leads to the middle of the waste land. Hopefully you don’t end up where you began."

The track comes accompanied by a video directed by Lies Scheps. The director said: "Working on this video with Wovoka Gentle, it was the song's build up of energy that immediately drew me towards it. As we all loved the idea of working with a dancer to emphasise this energy, we brought in choreographer Franka Marlene Foth to work with us. The band and I share a love for colour, so we turned the video into a playful outburst of colour and movement". 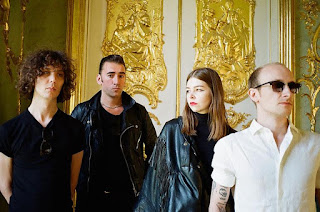 On March 29th, Berlin via Manchester outfit The Underground Youth  will be releasing their ninth album, Montage Images of Lust & Fear, on Fuzz Club Records and it’s undoubtedly their most sincere work in an extensive, decade-long discography with which they’ve picked up a cult following across the globe – made evident in their millions of YouTube streams and relentless international touring. Following the album announcement just over a month ago, The Underground Youth are now sharing the second single from the album 'Last Exit To Nowhere'. Talking about the track, vocalist/guitarist Craig Dyer explains: "In an album divided between images of lust and fear, 'Last Exit To Nowhere' deals with the latter. Like the civil unrest and violence on the streets, as reported by the news, it's raw, fast and aggressive."

‘Montage Images of Lust & Fear’ is The Underground Youth’s most intense and honest record yet - in the ambitious songwriting and live recording (a first for the band), as well as the lyrical subject matter. Talking about the album, Craig explains “Montage Images of Lust & Fear is inspired by the succession of experiences we are increasingly dealt by the  media. Sex, violence, love, suspicion, desire, distress, etc. The album acts as a montage itself, the subject of each song dealing with an aspect of either lust or fear. Like flicking through the channels on a television. Until in the end you are overcome by white noise. Static.”

In its rawest moments (‘The Death of the Author’, ‘Blind II’), The Underground Youth’s haunting post-punk melancholia recalls the abrasive banshee-like noise of The Birthday Party and Suicide; jagged, shrieking guitars twist and turn as Craig Dyer’s dour vocals jerk from morose and impassioned to macabre screams. Though this is an album of two sides; the more intense and challenging songs punctuated by heartfelt and solemn ballads (‘Too Innocent To Be True’, ‘This Anaesthetised World’) that are aided by the additional lap steel guitar of Kristof Hahn (Swans) who plays on six of the album’s nine songs. 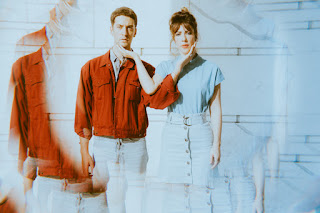 Lo-fi pop duo Malihini, a.k.a. Rome-based Giampaolo Speziale and Federica Caiozzo, have unveiled their new track 'If U Call', taken from their forthcoming debut album 'Hopefully, Again' (out through Memphis Industries on 8th March). ‘If U Call’, produced by Richard Formby (Ghost Poet, Wild Beasts) sees a lover’s plea get a stark domestic reality check (“If you call, my heart will go on dreaming / But my mum is betting that you won’t come”), as Federica explains:

“The song is about the beginning of a relationship, with grown-up behaviours hiding teenage feelings. She speaks to herself, asking him not to play games, and she doesn't want to be taken for granted. We wrote the synth refrain on the little toy Yamaha we used to write half of the songs on this album and recorded the vocals after a few drinks. It felt totally right and we tried to preserve that mood on the following recording sessions at Giant Wafer studios with Richard.  We played around on the modular synth with Richard to add some deep bass and replaced the original toy synth with our Korg faux horns”.

Malihini, which means ‘newcomers’ in Hawaiian, deal exclusively in the music of lived experience and time-honed emotional intelligence, their disarming musical universe never less than distinctive, yet resonating with a confessional, modern European pop sophistication of a kind elsewhere purveyed by the likes of Charlotte Gainsbourg, Jose Gonzalez and Our Broken Garden. Listening to the ten co-written songs that grace Malihini’s exquisite debut longplayer , 'Hopefully, Again', can sometimes feel like eavesdropping on a couple’s intimate emotional dialogues, such is the ingenuous honesty of the duo’s writing. Yet combined with their minimal, yet opulently textured arrangements crammed with subtle melodic hooks and an embarrassment of earworm choruses, they transform the personal into the universal with a delightfully unforced eloquence. 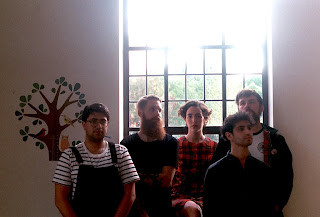 As spring starts to emerge, Post Louis have revealed a brand-new nostalgic pop gem, Ghostwriter. Originally a secretive late night phone recording by Robbie, this is the only Post Louis song for which he wrote most of the lyrics. The track then grew limbs when he shared it with the band. Robbie’s brother, guitarist Andy, sings lead vocals. His warm, sonorous, slightly ironic delivery embodies a pop sensibility and marks the track out as unique among Post Louis’s output. Bright 12-string guitars are layered with overdriven electrics while Mattis and Adam’s snapping rhythm parts underpin the track, crunching like gravel underfoot. On the recording Stephanie’s voice gently joins Andy’s as the band flirts with the form of classic male/female duets. As the song continues, her lines soar above his, exorcising the ghostwriter.

Discussing the song, Robbie said: “We sometimes think of Ghostwriter as the tracing or impression left behind by the rest of the tracks on the album we have been making. This ghostwriter is hiding in the shadows, shot through with hope and self-doubt, striving to tell someone else's story as a means of staving off his own collapse. It's a song about what it is to fabricate a life.” The lyrics reflect this, highlighting the interdependency between the writer and their subject: “ This past year I’ve been the ghostwriter who hides and slides and thinks he can cope I know my subject, my servant owes me everything but maybe that’s not enough”

Previously Post Louis released two EPs and a standalone single to immense critical acclaim. Following this and a European tour, they retreated to work on a long-player. This is a slow-burn, collective project built on intimacy, trust and patience. Robbie and Andy are brothers. Stephanie’s brother helps to produce their music. Mattis works at the beautiful, cavernous Norwegian church seen in Post Louis’ press shots. A base for many local musicians and a hive of performances and creativity, the church has been home for both Mattis and Adam and acts a second home and studio space for the whole band.