February 25, 2019
We have featured Fragile Animals just once before back in 2017 and the new song 'Come Down' makes for a pleasing return, as the trio mix indie pop and rock styles together in a dreamy manner. In December we shared the video for 'Passing Observations' from Tullycraft. We now have a couple more music videos from the new album (The Railway Prince Hotel) of which we previously commented - "the band seemingly tear their way through the album with some highly original indie pop songs, that consistently have the bands unique and adorable sound". Another band making their second appearance on Beehive Candy is Pure Bathing Culture. Their honed and polished indie based music has feeling, originality and plenty of variety. 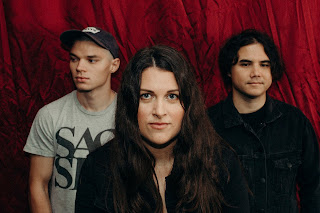 For the particularly observant followers of Australian indie music, Fragile Animals have proven to be a rare treat coming out of the Sunshine Coast and seemingly ready for the big stage. Since 2017 when they released their first single 'Signals' and subsequent EP Light That Fades, their star has steadily grown and led to this point. 'Comedown' precedes a full EP release and is a subtly hooky highlight of the piece with an uncanny familiarity that ropes you in immediately.

Frontwoman Victoria Jenkins says of the song: "It was a song I’d sing in my head while I was gritting my teeth or dead-eye staring my way through my day job. It was written about how it feels coming down after something good happened with the band and having to fall back into ‘reality’. I seriously hate that feeling."

'Comedown' is the second track lifted from their forthcoming second EP (due for announce in the next couple of weeks) and is yet another meticulously executed affair  produced by local Sunshine Coast producer Elliot Heinrich (Ayla, High Tropics) at Heliport Studios in Buderim. It's simply the perfect follow-up to their previous efforts and subsequent achievements. It's anything but a retread of paths once followed. Instead, it's the graduation with flying colours every band looks to strike upon. It's a luscious layering of shimmering guitars with Jenkins' subtle yet hooky melodies at the forefront - part indie pop, part shoegaze paragon. 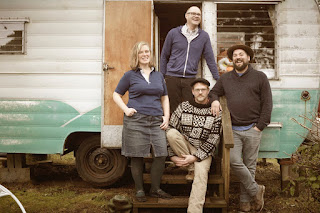 Tullycraft - It's Not Explained, It's Delaware / Has Your Boyfriend Lost His Flavor on the Bedpost Overnight?

Tullycraft is known for writing indie pop anthems. Over the years they've penned a handful of songs that practically define the twee movement in America. The chorus "Fuck me, I'm Twee!" was the refrain that launched a thousand t-shirts, “The Punks Are Writing Love Songs” introduced bratty punk to hummingbird twee, and "Pop Songs Your New Boyfriend’s Too Stupid to Know About" encapsulated an entire music scene in a single song. And yet despite this, for most, the band exists somewhere near the edges of obscurity.

Occasionally they receive a nod, like when their song “Superboy & Supergirl” was featured in the critically acclaimed Netflix series The End of the F***ing World, but these spotlights don’t tend to happen as frequently as one might think.

While the mainstream has largely ignored Tullycraft, their status in the indie pop underground is undeniable. Formed in 1995, they are considered to be one of the genuine pioneers of the American twee pop movement. Touring relentlessly during the last gasp of the truly independent indie-underground, they influenced countless young bands. They were once called “the Johnny Appleseed of Indie Pop - making their way across the country, leaving new bands, promoters, zines and record labels to sprout up in their wake." In recent years the band has stopped performing live, instead shifting their focus to their personal lives, while still writing and recording music together.

The Railway Prince Hotel is Tullycraft’s seventh album, their first since 2013’s Lost in Light Rotation. This new batch of songs sees Sean Tollefson and Jenny Mears continue to share most of the vocal duties, while long time musical stalwarts Chris Munford and Corianton Hale create most of the music. It would be selling Tullycraft short to say that The Railway Prince Hotel picks up where their last album left off. These new songs have a modestly different sound, somewhat due to the fact that long-time drummer (and original Tullycraft member) Jeff Fell, doesn’t make an appearance, but also because of the fresh approach the band took to recording this record. Equipped with lyrics, vocal melodies and rough bass lines (provided by Tollefson) the band composed many of the new songs from the ground up in the studio. This was an untried approach for Tullycraft. The result is an extraordinary album of 12 ultra-catchy, whip-smart gems that take aim at everything from failed relationships to the danceability of Billy Joel songs.

Throughout the album the music has an exciting urgency which is likely attributed to both the band’s spontaneous recording process and the enthusiasm each member brought to the new material. Are the wonderfully snarky, self-referential indie pop lyrics still here? Of course they are, this is Tullycraft after all. A deep dive into the lyrics uncovers an embarrassment of obscure indie references to be discovered. It’s hard to imagine a band or artist genuinely hitting their stride on their seventh outing, but much like Achtung Baby (U2’s 7th album) or Blonde on Blonde (Bob Dylan’s 7th album) somehow Tullycraft has hit the sweet spot between deliberate and daring. The result is a truly great batch of songs. With standout tracks like “Passing Observations,” “Has Your Boyfriend Lost His Flavor on the Bedpost Overnight?” and the much too short “Lost Our Friends to Heavy Metal” – the question needs to be asked: Could The Railway Prince Hotel be Tullycraft’s true masterpiece? Honestly, it very well could be. 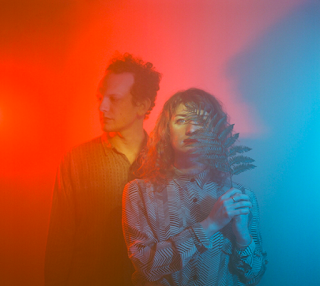 Pure Bathing Culture have announced their first original release since 2015. New album Night Pass will be released April 26 on Infinite Companion. The highly anticipated, third studio album is the most distinguished demonstration of this Portland duo's intensely unique musical identity to date. Over the course of their young but eventful career, vocalist Sarah Versprille and multi-instrumentalist Daniel Hindman have done more than establish a sound; they've honed a sonic virtue.

Night Pass emerged from emotional tumult as the band parted ways from their label and team in quick succession. In a perplexing professional moment, the duo discovered a safe haven in the studio of friend and producer Tucker Martine (REM, My Morning Jacket, Neko Case, Spoon). With Tucker, Sarah and Daniel transformed dramatic change into creative power. The indie pop pioneers' spirit of resilience beats through ten impassioned tracks, exploding into songs like “Devotion,” a danceable canticle in praise of partnership.

Beginning in May, Pure Bathing Culture will embark upon support tours for Lucius and American Football before headlining a run down the West Coast.

Night Pass is preceded by hard-earned reputation. Pure Bathing Culture have worked with legendary producers Richard Swift and John Congleton, toured extensively with Death Cab for Cutie, The Shins and Lucius by headliners' personal request, and contributed to studio albums for Damien Jurado, Foxygen and Jessie Baylin among others. Tennis' Alaina Moore perfectly articulates the band's level of indie world renown: "As a fan, I can’t even feign objectivity … they have made a cult following out of the biggest names in indie."