February 08, 2019
We have two very fine songs from Emily Jean Flack which feature her gorgeous vocals set against some Celtic musical influences, along with some superb electronic touches. Julia Bardo creatively merges elements of folk, rock and classic pop with her splendid vocals adding even more hooks to this charming song. And The Kids were featured around three weeks ago and return with another track just ahead of their album release, a melodic rocker that builds anticipation for 'When This Life Is Over' even more. IV League have some real edge on 'Lose Me' a notable alt rocker with depth and emotional power. 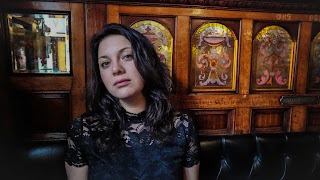 Canadian, Emily Jean Flack’s passion for traditional Irish music has led to her most accomplished work yet, showcasing her gorgeously pure vocals and the Celtic music she has grown up with, whilst injecting uber-cool electronic textures - a genre-spanning mix which defies expectation and delivers on every level.

Throwing Shapes is the forthcoming EP from Emily Jean Flack, five tracks which see her demonstrating her place as one of the artists to watch in 2019. Bridging the traditional sounds of her homeland in Ontario and those of her current home in Limerick, yet still sounding utterly fresh and contemporary.

Vocalist, musician, songwriter and dancer, Emily Jean Flack, has spent her life being surrounded by music and musicians but has always been keen to express her influences in a way which is entirely her own. Honing her craft whilst studying for a Masters in Traditional Irish Music at the University of Limerick, her musical lineage is impeccable, daughter of Denise Flack, member of the ground-breaking Celtic pop band, Leahy.

“Although I come from a traditional instrumental folk background, I’ve always listened to so many other styles of music. And my own music has always been more personal, more modern and more contemporary. Being in Ireland is wonderful in the sense that it’s so culturally rich, but there is a ferocity and sense of independence within the music. It’s not cute or quaint. It’s quite raw and organic. Ireland has offered me an environment to openly make the music that moves me,” - Emily Jean Flack. 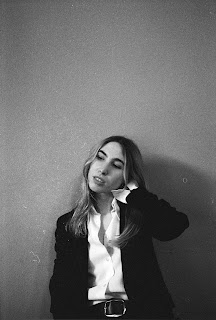 Singer-songwriter Julia Bardo has released the video for her debut single Desire, which follows the release of the single via Someone Great Records/PIAS last month. Manchester based Julia Bardo is one of a kind. An old soul with a captivating mysterious air, her wistful nostalgia-soaked sound pays homage to the introspective pop and folk of the 1960’s but with contemporary lyrics which stem from her romantic daydreams and poetic visions.

Desire balances feelings of discontent with a cheerful melody and silky vocal, rousing conflicting emotions that keep you coming back for more. With its folk, pop and old-fashioned rock ‘n’ roll influences, it’s a modern-day single with a difference.

The retro-tinged grainy video, which features Julia herself singing the track in various locations, is filmed in a Super 8 style by video maker & cinematographer Ed Stone and director Beck Clewlow. Julia says;

“I wanted to make a video that created images for my sound rather than the story behind it – a visual representation of my sound. Me and Beck have very similar taste so it was easy to accomplish my mission”. 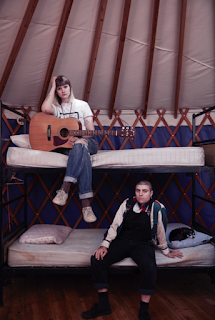 And The Kids - Butterfingers.

And The Kids have shared a new song from their upcoming album When This Life Is Over out February 22 on Signature Sounds (Lake Street Dive, Josh Ritter, Dustbowl Revival).

Known for their scintillating live performances, And The Kids have shared stages with Blondie, Shakey Graves, Lucy Dacus, Caroline Rose, Rubblebucket and more, often times by headliner's personal invitation. The band will embark on a tour with Slothrust this February, followed by a national headlining run in March including two hometown shows in Northampton, Massachusetts.

Today's release follows "Champagne Ladies," an indie rock ode to the impending end of life and "No Way Sit Back," an indie rock attack on the media's effect on minorites. 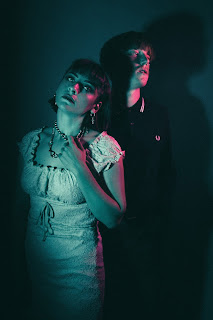 After smashing airwaves over summer with latest single ‘Lose Me’, Melbourne alt-rock darlings IV League have unleashed an equally badass clip, indulging their penchant for the dramatic and enforcing their reputation for producing “some of the most exciting indie-pop in the country” (Purple Sneakers).

Collaborating with friends to make the clip, the result is an eerie, hypnotic affair that perfectly captures the track's themes of mental warfare and self-identity struggles, while also putting the band's visual aesthetic at the fore.

Front woman Isabella Venutti explains that she fully embraced the chance to take the creative helm - “The inspiration for the music video came from a lot of films dealing with women and the occult such as 'Valerie and Her Week of Wonders' and 'Suspiria' as well as aesthetics that we are drawn to in general.

“We worked in collaboration with two close friends to make the video and I think having creative control was really important as we had a really clear vision for how we wanted the clip to play out. We didn’t focus too much on a narrative arc, we just wanted to play with our aesthetic inspiration and give a sense of emotional turmoil in a theatrical way.