May 29, 2019
We don't often link to Spotify however as it's my only source for Sara Lew and her fabulous new single 'Sunday Morning' from the album of the same name, I feel rather obliged to as her music is just so good!

We have a couple of tracks from Genuine Leather's new '2011-2019 Demos, Singles and Live' collection, the band sharing a fine mixture of songs along those lines, as the two we have selected should demonstrate. 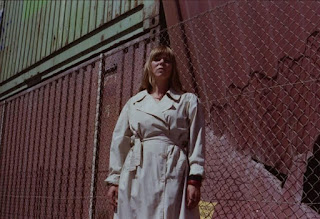 Sara Lew has just released her new album ‘Sunday Morning’ and the title track from it is her new single an epic electro-indie exploration inspired by a visit to Scotland. Sara Lewis Sørensen, who recently expanded her artist name from Lew to Sara Lew, now presents her new album Sunday Morning. Centred around Sara’s expressive vocals and intense melodies, ‘Sunday Morning’ is released on May 24th via Copenhagen-based label HUN SOLO Records.

The eight songs on Sunday Morning take the listener through existential human considerations, all wrapped up in beautifully lyrical sounds and dreamy rock electronica melodies.

The title song ‘Sunday Morning’ describes an encounter with the nature of Scotland, and its exemplification of calm and durability. Sara says: ”Sunday Morning is a story based on a special experience I had when I was visiting The Outer Hebrides in Scotland with my family. The scenery was magnificent.

We lived in a house surrounded by endless mountains full of mystery and surrounded by the Atlantic that daily shifted between the ebb and the flood in the most beautiful way. At ebb the seabed emerged as the finest light sandy beach. I went for a walk out on the sand and suddenly I stood in the middle of a rainbow. The song is based on this experience and describes images from this nature around me. And from there also a line of thoughts built on a relation to and history with another human who had finally found peace and new life.”

On ‘Leave The Shed’ Sara encourages a close friend to dare to step into the unknown and away from the safety net surrounding her. Singles ‘You Said’ and ‘Does Anybody Listen’ show her skill at building the relationship between relevant text and impressive musicality, an ability born of years of song writing experience. 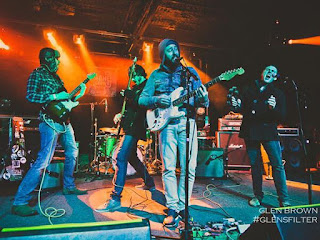 Genuine Leather - Top Of My Heart / Feel It.

Genuine Leather is the brainchild of Texas-based Chris Galis whose been a fixture in the burgeoning Austin scene since 2009. His previous project, Gorgeous Hands, was championed by local press and developed a minor following before the members disbanded to pursue other opportunities. But there was no turning back for Galis. His brain was switched on with visions of distorted, Beatle-esque seventh chords and sweet 70’s California rock.

Genuine Leather was formed by Galis in an attempt to exorcise these creative impulses. The self-produced debut single, “The Viper,” immediately got picked up by the Austin blogosphere, with glowing reviews in The Deli Austin and Pop Press International. Offers for gigs and house shows followed, catching Galis off guard as he had not anticipated forming a live act. To accommodate a live show that would properly reflect the recordings, Galis enlisted 5 of his most trusted compandres to share the banner of Genuine Leather and away they went.

The majority of the band now lives in the same neighborhood in East Austin. Since their inception, they’ve released 2 EP’s, 3 LP’s and tons of B-Sides, all of which have been deconstructed, pulled from and added to comprise the latest release, 2011-2019 Demos, Singles and Live - releasing digitally and on cassette May 24th. The retrospective collection showcases the dynamic trajectory of the band, from ramshackle sessions, recorded while Galis and co. played hookie from work, to newer, more refined material that conjures up the work of Spoon, Mac Demarco and Nick Lowe. 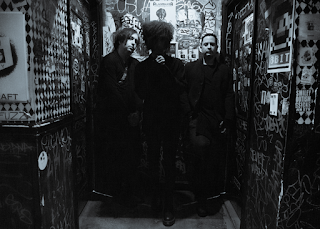 Astari Nite - As If You Were Dead.

Moving and thought-provoking, "As If You Were Dead" communicates the complexity of loss and death, merging the downbeat tempo, and sorrowful lyrics with a dissonant yet soaring melody. The mournful subject matter is enough to bring any listener to tears, but the track brims with hope and a forlorn optimism:

"Memories of you is better this way/To feel what was then when it was yesterday" sings lead singer Mychael. "Knowing that you can never speak to someone ever again is the hardest part when dealing with death. Never hearing that person speak or seeing them smile in front of you again, sure makes for a gloomy day. Nevertheless, one can only mourn for so long. In time, happiness will come in waves yet again and the memories just might stay a bit longer."  - Mychael

The single, mastered by Jackknife Sounds owner and Actors frontman Jason Corbett, will be released on Danse Macabre Records.