The self titled album from Espanola is a festival of guitar driven rockers, with the focus on what feels right and good, rather that an album in pursuit of perfection, which in a sense is also a reasonable definition of what rock was originally all about. 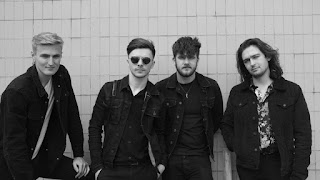 Backed by the likes of BBC Introducing and Fred Perry, Candid are fittingly honest when they come to describing their sound – music to dance to. On their forthcoming single, ‘Concrete Jungle’, they live up to the promise. Taking up the indie-on-the-dancefloor dynamics of their peers (think the pulsating post-punk pizzazz of Franz Ferdinand, the spiky shrugging of The Strokes, the bleary-eyed bluster of Catfish and the Bottlemen), Candid’s new single is a foot-to-the-floor rocker built around fuzz-drenched thrills, infectious rhythms and a soaring chorus.

Like their fellow Coventry compatriots, The Enemy, Candid, made up of Rob Latimer (Vocals, Guitar), Dan Latimer (lead guitar), Sam Baines (bass) and Ben Williams (drums), deal in a brutal emotional honesty funnelled through songs that can be as sharp as they are soothing. And just like Tom Clarke’s Coventry heroes, who have given the band their personal backing, Candid share an unbinding tie to their home city – the title of ‘Concrete Jungle’, after all, stems from the surroundings of the West Midlands area.

Buoyed by a searing, overdriven guitar riff, irresistible drum beats and a slinky bass riff, it has the hallmarks of some of indie rock’s most revered statesmen – think the up-in-arms anthems of Oasis, the summer haze of The Kooks and the juggernaut guitars of Catfish.

It’s no surprise that Candid have already garnered some impressive gigs, showcasing their unbridled energy and thrilling charisma with established acts as diverse as Scouting for Girls and The Hoosiers to The Pale White and RedFaces. They’ve also become a staple of the festival circuit, playing the main stage of Coventry’s much sought-after Godiva Festival last year and now being announced on the main stage of this year's Coombe Weekender, playing alongside The Libertines, Tom Grennan and Circa Waves.

“Juggling university, a part-time job and the dream of one day making it in a band can be quite the challenge, especially when you’re a professional procrastinator,” says the band’s singer, Rob Latimer. “I’d never learn my lesson though, the whole ‘spinning the plates’ metaphor, one would always suffer or ‘drop’, but it was definitely an event that reoccurs quite often.”

On ‘Concrete Jungle’, he and the rest of Candid are really getting the balance right. As the chorus goes, ‘If we don’t look back, how can we move forwards?’ – judging from the sound of their new single, Candid may make nods to the music of the past, but forwards – and upwards – is the only direction they’re headed. 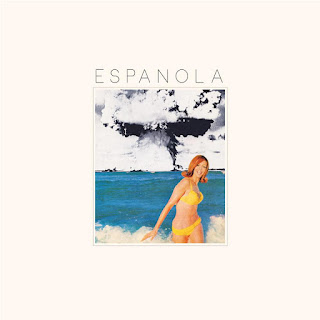 You may not expect such a decidedly “guitar” record from a pedal steel player, but that’s what this is. About half the tracks were cut five years ago in a remote studio on the grid roads of Saskatchewan.

They are presented here as little imperfect representations of what it’s like to learn to make one’s own record after contributing to so many others’ over the years.

Alongside them are some more recent tracks that were bashed out at my headquarters, Baldwin Street Sound.

They’re a testament to my assertion that perfection is a fool’s pursuit. I love putting together a song that feels good; I love taking the standard electric guitar for a spin now and again. I hope both of those things are evident on this record. And I hope not to take 10 years to make the next one. 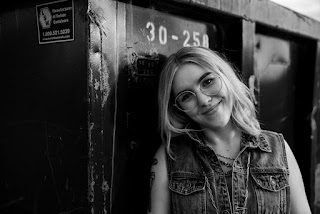 “Beginnings”, the new single from singer-songwriter, Katie Rose, liberates the often crippling weights of anxiety and depression. The single pays homage to a friend who took their own life and draws back a bulky emotional curtain, shedding new light to reveal glimmers of prosperity. Cascading waves of melodic piano and choir-backed vocals shine through concaves of the mind that were once lonely and trapped in the dark. “Beginnings” is out for release now.

“Beginnings” acts as a guide through a tumultuous storm of anxieties. After losing a friend to suicide, Rose reflected on her own experiences with depression and wrote a song telling others what she wished someone would have told her during the darkest hours. The single’s ever-growing volume and profound tempo stand tall like a pillar supporting a broken soul. “Beginnings” starts off with just Rose’s quaint, fluttering vocals and delicate piano, but then crescendos into a full percussive choir of friends coming together. With immense surety, the solidarity extends far beyond the measures of a song. It reaches out to every part of the spirit and mind, offering a hand to anyone who has been left abandoned by hope.

Katie Rose began writing and playing music at just 12 years old and played her first live show in 2011 at age 13. Turning her journey of self-discovery into music, she wrote her first album, Everything Yesterday, when she was 17 with the help of Eric Rickert and Jeff Leonard at Ocean Industries Studios.

Ever refining her solo show in her hometown of Charleston, SC, Rose toured in 2017 with platinum selling artist Howie Day, followed by a tour with nationally acclaimed band, Jump Little Children. She released a live EP, I Am, in 2017. In 2018 she toured with Carbon Leaf, opened again for JLC, and did a mini tour with Vienna Teng. Her last single, "Don't Hold Me Down," was featured on SceneSC's 2018 Sampler. Her upcoming single, "Beginnings" is out for release June 28, 2019.