July 01, 2019
The Side Project featuring Alita Moses have shared their gorgeously unique version of  'Redbone'. The saxophone quartet immediately stand out as different by the very nature of their set up, however it's the final product that matters and this really is something else.

With the brand new album 'Putting On Airs' by Erin Rae she has thrown down a direct challenge to the stereotype of what a Southern singer should be. Well that's according to the accompanying promo piece, however listening through all the tracks, it's fair to say, she has a point. The music is fresh, the lyrics thoughtful and mature, and the sheer diversity of styles (from indie folk to Americana) impressive, for me the answer to her challenge is simple, there are no stereotypes here. 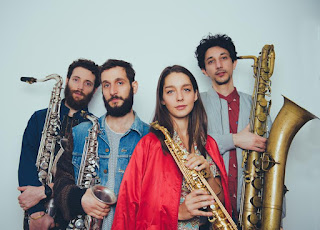 Regarding the song The Side Project stated: "What attracted us first was the old school feel of the song. The magic of The Side Project is that it is a saxophone quartet which means that only 4 saxophones are playing what normally a full band would play. The bass, drums, and guitar - it’s all saxophones which creates this edgy raw groove. We started doing covers featuring different singers from New York and when we decided to work with Alita she suggested the song and it was a perfect fit."​

The Side Project takes on the classical concept of a saxophone quartet and pairs it with drums, bass, and soul singers to create their edgy and irresistible sound.

The band was started in 2013 by Eyal Hai, Alto player and lead arranger for the group. He called his friends, Eden Bareket on Bari, Arnan Raz on Tenor, and Hailey Niswanger on Soprano, and met for the first time at the Bedford L stop in the NYC Subway. They spent a few hours experimenting with different arrangements of Pop and R&B hits, and it was quickly understood by all that this band was unique.

Since then, The Side Project has opened for the New York Philharmonic at the Concerts in the Parks series, performed at The Brooklyn Bowl, The Knitting Factory, the commencement ceremony for the Art Institute of NYC, and many other prestigious venues and private events. They have also been attracting serious attention on social media with their live videos featuring the top singers from the local New York City scene.

The Side Project has one instrumental album out, #ThisPartySax (2015), and will be releasing their second album in July 2019 under their label Rabbit Rabbit Rabbit Records. The album features guest vocalists, covers and original songs. 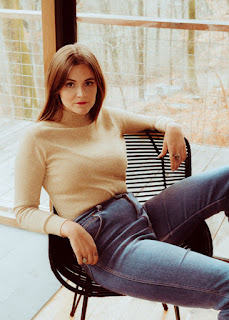 Gifted with a unique ability to fuse musical genres and influences to craft songs that feel fresh and wholly her own, with her new album Putting On Airs, Erin Rae has thrown down a direct challenge to the stereotype of what a Southern singer should be. Both lyrically and sonically, she strikes a fiercely independent chord, proudly releasing a deeply personal record that reflects her own upbringing in Tennessee, including the prejudices and injustices that she witnessed as a child that continue to impact her life to this day. According to Rae, "this album was born out of a need to do some healing work in my personal life, in order to address some fears and patterns of mine to allow my true feelings to come to the surface."

Buoying the release is Rae’s reputation as an enthralling live performer, which has earned her the respect of Nashville peers and music notables alike, including Grammy Award winner John Paul White, who has signed her to his Florence, Alabama-based label, Single Lock Records. Rae joins a Single Lock roster that includes Nicole Atkins, St. Paul And The Broken Bones, and White himself, who said “When I first heard Erin’s compelling voice, I knew nothing about her. It was live, with no intro (she was opening for friends of mine), and I was instantly transfixed. I couldn’t wait to engage, and that’s something I very seldom feel, much less do. I was thrilled to find out her personality was as engaging as her voice and songs, and that she was looking for a home. I couldn’t be happier to be hitching our wagons together.”

Recorded in the dead of winter at The Refuge, a historic former Franciscan monastery-turned-creative space on Wisconsin’s Fox River, the isolated environment created the perfect setting for Erin and her bandmates to track these genre-busting songs, using the chapel and other unique spaces within the cavernous building to explore new sonic boundaries, all while continuing to showcase Erin’s trademark vocals and song-serving restraint first heard on her critically-acclaimed 2015 debut album, Soon Enough.

The unique sound of the record is inspired by the innovative 1960s European production techniques from artists like the Beatles and Francoise Hardy, paired alongside the restraint and minimalism of modern artists like Wilco and Richard Hawley, bridging the sonic gap between classic songwriting and a modern indie-rock ethos. The album was co-produced by engineer Dan Knobler (Rodney Crowell, Tift Merritt) and multi-instrumentalist Jerry Bernhardt. Dominic Billett also served an integral role in the collective that worked together to create the album’s innovative and varied sonic pallet, providing the perfect soundscape for Erin’s soothing vocals, bathing everything in the warmth and purity that has become her trademark sound. 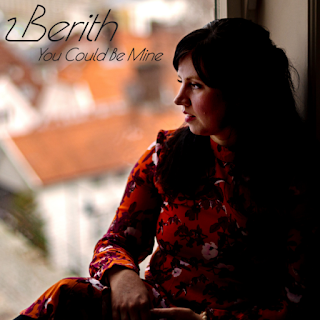 Berith - You Could Be Mine.

Singer, songwriter and bandleader Berith is drawing on inspirations from both her native Norwegian roots, and those of Celtic and American traditions. She is living with her partner and two children where her family of sailors, fishermen and farmers has lived for houndreds of years; just about as far out into the North Sea one can get without a boat.

With her acoustic guitar and melodeon, Berith has been travelling the fjords and weather beaten west coast of Norway since her teens. But only recently has she decided to take a step further, and has partnered with the fine group of musicians that now make up her band. After catching the ear of the Norwegian music producer and writer Eirik Grønner, they have moved forward to record and release an albums worth of material on his new label Demningen ("the dam")

The first single; "You Could Be Mine" is a song about a longing. About having so much to give, but not that special one to give it to. This story includes a neglected child and a wish to make a difference in the world through the loving care of a child.