June 12, 2019
Dana Crowe's new single 'Not Broken' mixes genres (a little country, a little rock etc) yet has a distinct and very pleasing vibe, where her resplendent vocals are backed by a skilled and well arranged band.

Eckhardt And The House feat. Bella Hay serve up some bright rhythmic indie music with 'Lonely' one of those songs that will make those who cannot dance (like me) at least enjoy tapping their feet. 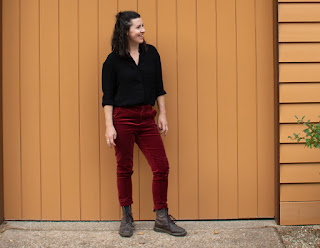 Dana Crowe is ready to deliver her latest single Not Broken. A striking song of confidence and durability, it’s driving classicism is set to carry you to the highway interchange of hope and hardiness.

‘The song has a resilience to it. Life is a struggle and not everything is as it should be or seems but we do what we can and carry on. We’re strong but also vulnerable. We aren’t broken but you can see some cracks. It has a Bruce Springsteen Human Touch kind of feeling. I wanted to get the basics right and have the kind of bones of the song make you feel it and move to with relatable lyrics that have heart.’ - Dana Crowe

In 2017, Dana released her debut Ep Everything, which climbed the AMRAP radio charts for a month as well as the song Darlin Darlin receiving radio airplay Australia wide. Developing her writing style and voice through 2018’s release Peace Of Mind, host on national broadcaster Triple J, Nkechi Anele, described Crowe as ‘full of sass’.

Recorded in Melbourne with producer Alessandro Stellano and mastered in Nashville by Sage studios, Not Broken communicates a well-honed sound of her own, it has a distinctive swagger and incorporates a balanced mix of roots, country twang and rock ’n’ roll while still keeping a pop sensibility. Dana Crowe is on the troubadour’s road, sincere, open and transmissive. She’s currently recording a follow up Ep to be released later in 2019. 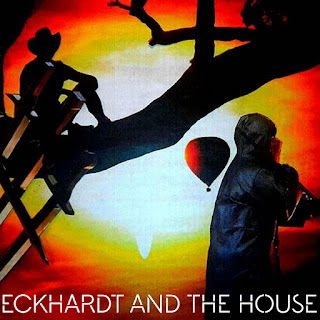 Eckhardt And The House is uptempo and danceable indie music with elements from pop to avant-garde to disco-funk, all twisted up into a signature sound with wild experimentation and disregard for the norm.

For new single Lonely Eckhardt And The House found inspiration looking at the people working in their huge office buildings in the 'Financial Mile', the rapidly developing business district in the city of Amsterdam. While projecting a kind of metropolitan feeling of loneliness on those office types (including the tremendous individuality and all those burnouts in their twenties), Lonely is not a gloomy track. It is a sort of acquiescence to the theme, all singing "lonely on the 3rd floor" in the chorus. The fate of young ambitious people in the big city.

With thirteen singles and an album under their belt, the band scored iTunes chart positions in ten European countries plus Turkey, Brazil, South Africa and Japan, Spotify charts in The Netherlands, France, Italy and Turkey plus airplay in six European countries and the US. Press rolled in from worldwide. Lonely is released 14 June 2019 on BERT music (a division of TCBYML) 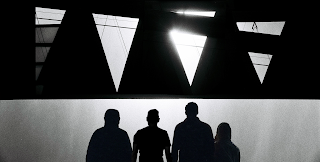 About ‘Little Miss Numb’ “Our main inspiration has always been Eighties and Nineties new wave and English trip-hop,” say NKOS. “Our sound is a development of that stuff with modern electronics. NKOS is multifaceted because it easily goes from dark to light and it does so without fear.”

‘Little Miss Numb’, the band’s debut single on Beatbuzz Records, is indeed dark – dark, powerful and irresistible, sounding like a post-punk Ladytron or a gritty Sneaker Pimps from hell. The bass kicks in like the rotors of a helicopter fleet, joined by a bruising electronic beat and ethereal vocals that are both sweet and swathed in danger. This breathtaking single – mixed and mastered by “Icio” Maurizio Baggio (The Soft Moon; Boy Harsher), with additional production by Jagz Kooner (Massive Attack, Primal Scream) – is how London-based Beatbuzz Records will introduce NKOS to the world.

Initially a pan-national studio-based project, NKOS has evolved into a full band, one set to thrill on stages around the world. Brought together by friendship, the internet and sometimes sheer luck, NKOS comprise four artists from very different backgrounds – and locations – who share a love of deep, edgy electronica.

Singer/songwriter Nancy Natali was born in Australia but grew up in Geneva and Rome, her beautiful vocals honed in bands of indie/alternative leanings. Producer Flavio Manieri perfected his electronic house and pop sonics, filtered through a love for the Cocteau Twins and Portishead, between Poland and Italy, and it was in Rimini that he met renowned producer and DJ Chris Shape, whose studio skills have enhanced many dance-music anthems as well as the acid techno of Franz and Shape. Stoner-psych-rock guitarist Marcus Billeri, meanwhile, lives in Paris.

These diverse upbringings and influences only play to NKOS’ strengths, resulting in a powerful, harmonic mix of synth-based techno, industrial and electro. Their dense, innovative sound piqued the interest of producer Jagz Kooner (Massive Attack, Primal Scream, Manic Street Preachers, Rammstein), who is behind the desk on three of the tracks on NKOS’ debut album.