June 11, 2019
Our third feature this year for Magnetic Skies as their 80's influenced synth pop music continues to shine, this time with 'Hold On' a song with a vibrant upbeat feel and hooks galore.

'Chapter Three' completes a trilogy of EPs from Florida based band Leem of Earth and as we've covered the first two it makes sense to include a song from this one, especially as it's another really fine track entitled 'Wishing Well'.

Ludwig Hart has just released the song 'Rivers, Lakes & Hills' the Swedish artist has a distinct and fabulous voice, and pens some beautiful music as is witnessed with this refined piece. 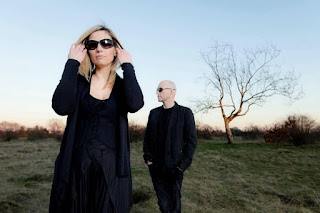 Hot on the heels of supporting Heaven 17, synth-rock band Magnetic Skies are set to release their second EP, “Hold On”, in July 2019 via the independent ReprinT Records label. Lead track, “Hold On”, will be released as a single on 21 June 2019, with a second single, “Refugee”, released the following month on 19 July 2019.

Following on the heels of the duo’s debut EP, “Dreams And Memories”, which received glowing praise, the 5 tracks on the new release showcase the diverse elements of the band’s output, moving from synth pop and rock to ambient soundscapes. The songs feature Kent’s delicate and instinctively melodic vocals set against Womar’s synth backdrops, evoking the emotionally-charged hooks of some of the 80’s defining pop bands, such as Japan, Duran Duran and Tears For Fears.

Opening track, “Hold On”, is all pulsating, vintage analogue synths and bass, with a big, memorable chorus - a song about finding redemption from temptation: “A picture in my hand,/temptation over shifting sand/bring a dream to life/I’m so alone tonight/hold on and save me”.

“We wanted to draw on the feel of some of the great pop songs from the 80s on this track, and also give it a contemporary edge”, Jo explains, “there are deliberate nods to bands like The Human league and Japan, and hopefully that comes through with the synthesizers, the backing vocals and the effects we added to Simon’s voice”. 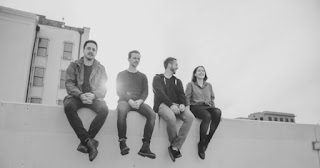 Chapter Three completes a trilogy of EPs from Florida based band, Leem of Earth. Lyrically the final EP wraps up the storyline of an other worldly character named Leem, sonically it follows its predecessors in treading 90s rock band waters. Though it moves from a definitive synth rock sound into something more fluid ala Sunny Day Real Estate, which  is often cited by the band as an influence. There’s a hint of prog-rock, as well, evident on the track ‘Army of Dry Bones’. These 3 tracks were recorded by Chris Taylor and produced by Jeremy Griffith, just as Chapter One and Chapter Two were.

The first track, ‘Wishing Well’, has vocalist LM singing with tense and direct passion in the verses. The chorus quickly builds into a dynamic wail of sounds from the entire band. The lyrics tell of Leem wishing that she was anywhere but the wishing well, a feeling that seems at odds with the traditional fairy tale character, but is right at home on Chapter Three, as the storyteller comes to the end of herself. ‘Dressed For War’ circles the earth with war drums pounding and arpeggiated synths. The guitars are close and the bass holds everything firm. LM sings “…all of this time I’m looking out but blood’s on the battlefield within.” The song ends with the whole band singing out in the final bridge. The closing song, ‘Army of Dry Bones’, is cryptic with ancient and biblical references, it gives melodies to match the spirit of the lyrics: “Our bones are dry, our hope is lost.” The band thunders in a way that is reminiscent of Radiohead circa The Bends, underneath the angelic vocals. As quickly as this whole project began, it also quickly finds it’s close.

Leem of Earth offers this trilogy-ending EP as an other-worldly resolution to Leem’s story: that of a person on a quest, in music and in words. 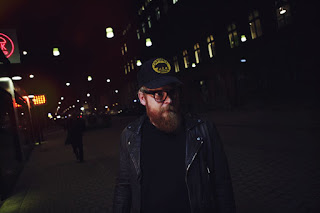 If you haven’t heard of Ludwig Hart yet then now is the time. From Örebro, Sweden, his full-length debut album drops late August. He describes his own music as “get-in-the-car-and-just-drive”-rock. But it is so much more than that. The stunning arrangements, with soaring guitars, synths, and a grand cinematic atmosphere, are reminiscent of 1980’s Jackson Browne and Fleetwood Mac. Singer Michaela Holmberg, the constant duet partner to Ludwig, strives for an inner sense of sincerity in her expression, with a raw and romantic voice akin to Stevie Nicks.

Ludwig Hart is also comparable to contemporary American indie bands, but with a distinct melodic immediacy - and an incredible voice - all of which we think will carry him towards an all-embracing global audience. As if The War On Drugs had idolized Don Henley instead of Bob Dylan.

Several record labels and publishers have wanted to sign him, but the honor fell on newly started Argle Bargle, which is run by the songwriter/producer Stefan Örn together with the artist Tomas Andersson Wij. During last winter, Ludwig opened for several successful swedish artists around the country.

Ludwig Hart has during this year released two singles - “A Dream I Keep Returning To” and “Cowboys” with great reviews. The Swedish blog Rockfarbror describes the artist as “...one of this year’s greatest surprises”. The single “Cowboys” was premiered on the Swedish magazine Savant Musikmagasin and added on Bands of Tomorrow’s weekly Nordic hits list.

On June 7, the third single “River, lakes & hills” was released by Argle Bargle with the debut album releasing in August.

“A couple of years ago I fled town and bought a house out on the countryside. It might be the best thing I've done. Maybe the worst. River, lakes & hills is about daring to let go and to trust your feeling. My very own Streets of Philadelphia.” 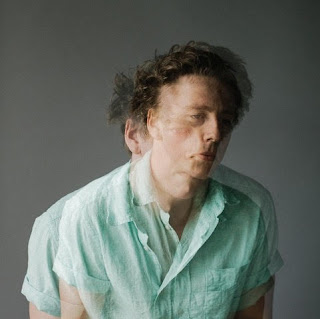 Though he may be a singer, multi-instrumentalist, songwriter, and producer, Kuri chiefly describes himself as “an observer.” His keen insight and sonic curiosity thread together an intriguing framework of carefully constructed and composed alternative on 2019’s debut album No Village [Nevado Music]. The foundation remains rooted in organic performances, classically infused orchestration, jazzy freeform spirit, cinematic ambition, and ultimately inspired observation. “I like to watch, analyze, and create systems in my brain,” he affirms. “As a solo artist, I enjoy the freedom to express exactly what I want by drawing on what I see.”

Born and raised Scott Currie in the city of Abbotsford, British Columbia, he found himself constantly looking outward. The small Mennonite community he grew up in incited “a sense of questioning everything to figure out why we do what we do.” As the youngest of four brothers, mom bought him a drum set to jam with his guitarist siblings. Soon, he transitioned from behind-the-kit to an old piano in the house by the age of twelve.

Scott began writing under the name Kuri in 2017. Galvanized by influences ranging from Robert Glasper and Radiohead to Africa’s Tinariwen and composer John Cage, he arranged an expansive sonic palette informing his signature sound. It’s comprised of an ever-growing arsenal of instruments, including piano, drums, congas, strings, horns, bass, guitar, and more. “Every instrument has its own language,” he goes on. “I try to hone the language of each one. It helps articulate the overall goal.” After entering the CBC Searchlight competition, his songs caught the attention of Nevado Music, and Kuri signed to the label during 2018. Now, No Village strains emotionality through his analytical approach.