June 22, 2019
We have the latest E.P from Little Church titled 'It's Not You' streaming in full below, it comprises of five songs opening with 'Last Night' a gorgeous track that typifies the bands music where various genres merge into a distinctive and refined band sound.

Shiny Glide (aka Antony Venneri) shares 'Innocent Moon' a beautiful, sweeping and natural ballad, accompanied by a fabulous video collage of old film and cartoon clips, that somehow add to the tenderness of this song. 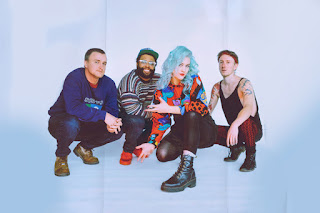 On their latest release Its Not You, Little Church seamlessly merges rock, soul, layered psychedelia, and melody into their own unique form of art pop. Although a studio recording, the EP maintains a strong sense of live energy and showcases the bands musicianship - highlighted by Chelsea's soaring voice with a dose of purposeful edge against Christian's signature counter melody bass lines.

Little Church, the pop/soul/noise band from Chicago, took its name as a quote from a book that ultimately transformed into a metaphor for the band that occupies that name. Through their music, Little Church has connected spiritually and created a small congregation together. Bassist Christian Whiting explains that "[They’re] fairly tight-knit and thinks through the band were able to attain some spiritual fulfillment and we're really just one microscopic and localized part of the connection that the whole world has with music."

Through DIY venues and mutual connections, Little Church was formed within the Chicago music scene in 2016. When lead singer and guitarist Chelsea Foss-Ralston and bassist Christian Whiting first met, they realized they had a common musical vision and lived only four blocks away from each other - so they quickly jumped into songwriting together. It didn’t take them long to add the rest of the band members into the picture. Soon after Chelsea met drummer Khori Wilson at the DIY venue, the Dojo, the band's initial core was complete. Sean McConnell (synths) was later added in the spring of 2018 after serving as their mix engineer on the first Little Church recordings.

Once the band was fully formed, Little Church started coalescing their sound to what they now describe as "a smattering of art pop, rawk, soul, and gentle, gentle Eskimo kisses by a bear-shaped robot that can’t control its voltage." The inspiration and process for their writing and sound is a shared effort between Chelsea and Christian, often with a focus on the interplay between vocal melodies and bass countermelodies. Christian shares that they “primarily write songs built around vocals and bass and then built from there.” This allows them to highlight the primary movement and counterpoints before building the rhythms and textures. Not to be completely premeditative, the band still allows for spontaneous and unexpected elements to find a way into their writing by capturing effortless, fun and improvised moments that eventually get refined. 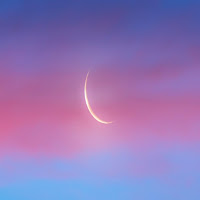 Shiny Glide is pure music and inspiration, as free and natural as a gliding albatross. The music styles ranges from psychedelic rock to blues, from romantic and spiritual ballads to oriental and alternative music.

Shiny Glide is an international artist available for tours and festivals and always open to artistic collaborations and any kind of professional and spiritual support as long as it doesn't hurt peace of mind and creative freedom. 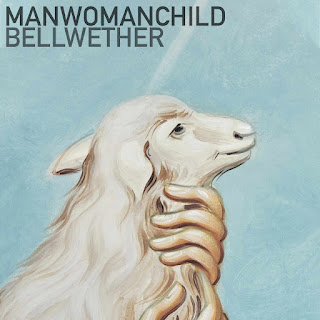 Manwomanchild is a rock band from Philadelphia, Pennsylvania fronted by David Child.

In September and October of 2014, the band released the singles “Wedding Toast” and “Recent History”, followed by another, “The Telepath Returns,” in December of the same year. In March 2015, “The Difficult Years” was released. Music blog “Surviving the Golden Age” described the song’s sound as “LCD Soundsystem being fronted by Ben Gibbard” as well as “hybrid glam rock/chamber pop”. In June of 2016, Manwomanchild released its sophomore album, Awkward Island.