June 08, 2019
Just over a month ago we featured Mirrorball for the first time with the song 'This Time' and they return now with another fine track titled 'Natural World', and once again their dream pop is gorgeous.

Le Module has shared 'Lovers In Twos' where Joe Robbins distinct vocal style and his multi instrumental abilities are impressive, as is the song. 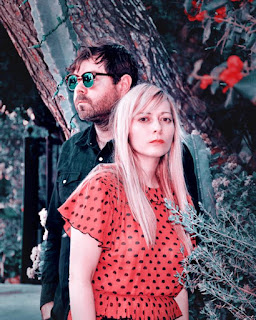 Mirrorball is the newly-formed project of singer/songwriter Alexandra Johnstone and guitarist Scott Watson. Johnstone and Watson are both fixtures of the Los Angeles underground music scene. The roots of Johnstone’s songwriting inspiration date back to first hearing Leonard Cohen’s Songs from a Room, prompting her to “put poems to music.” She went on to front the band Monster, later known as White Dove, as a vehicle for her more minimalist, folk-woven leanings, garnering comparisons to the music of Low and Cat Power. Watson’s musical history dates back to playing in various groups in Silver Lake’s early 2000s indie rock heyday.

Singer Alexandra Johnstone states "“Natural World” is about how life starts to get really weird once you get to a certain age. Old relationships fall apart either through misunderstanding or understanding each other too well. It’s also about losing people to more tragic circumstances and how it feels as if there’s “no reason” good enough for it to have happened.

All of a sudden you feel like a creaky ship whose compass and anchor have been lost overboard. You’re in the middle of stormy seas and now you have to figure out how the hell to get anywhere without any of the navigation you used to rely on.

You start to make all these resolutions to yourself like “I’m just going to stay home and drink tea and read books and live the quiet life”. 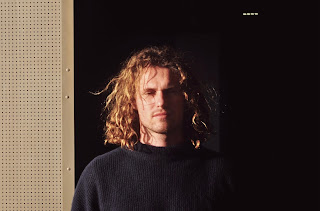 Previously one half of dance duo Pavan, after several semi-legendary parties in the Molten Keys garden studio, the time felt right for a solo project. Le Module sees Joe exploring both his more experimental tendencies, and his talent for traditional song-writing, whilst drawing on the drum machine and synth-based euphoria that made a Pavan party so magical.

Diverging from the mesmerising dance track ‘I’ve Lost Centre’, Joe’s ‘Lovers in Twos’ is a stylish track whose opening sound is reminiscent of Grace Jones’ ‘Island Life’ with its minimal groove. It’s the result of Joe playing a dizzying array of instruments including piano, tabla, the ever-present synths, and trumpet himself.

This intoxicating mix is paired with Le Module’s distinct Yorkshire croon, inspired by the conversational manner of Leonard Cohen and Baxter Dury. “Musing on love, choice, betrayal and regret,” he eventually bursts into song with his soaring vocals.

‘Lovers in Twos’ and its preceding single are shining examples of the diverse soundscapes that Le Module crafts so easily, promising his upcoming ‘EP1’ to be an alt-pop gem. 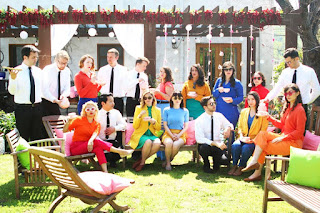 The Silver Lake Chorus - Not Now.

The new original song and video by Lucius written exclusively for the choir, sung by The Silver Lake Chorus is entitled ’Not Not’ the single features melodic and emotive heartbreak and follows the songwriters’ lead, singing in perfectly aligned unison, as Lucius’s frontwomen are known to do.

The Silver Lake Chorus performs choral arrangements of indie music and exudes both the edgy, independent spirit of Silver Lake and the heart of community choral singing. The collective has previously performed original tracks written exclusively for the chorus by artist such as Sia, Tegan and Sara and Bon Iver.

The Silver Lake Chorus is celebrating their Los Angeles roots. Partnering with LA-based artists Van Dyke Parks and Lucius, and producer Luke Top (Fools Gold, Cass Mccombs), TSLC is putting out two new tracks that serve as a delicious follow-up to their critically-acclaimed 2015 debut, which, according to The Wall Street Journal, relied on “the beauty and expressiveness of the voices to make its mark.” The same can be said for Lucius’s “Not Not” and Van Dyke Parks’ “Tabu,” which signal a return to the group’s choral roots after their celebrated 2016 remix album, which earned producer starRo a 2017 Grammy nomination for best remixed recording for “Heavy Star Movin’.”

Upon collaborating with The Silver Lake Chorus for the documentary film Markie in Milwaukee, film composer Morgan Z. Whirledge opined, “The power of multiple human voices, there’s nothing like it. You can use software and you can layer one person over and over again, but there’s just really nothing like getting a bunch of people together in a room. It is what it is and it can’t be replicated.” The Silver Lake Chorus figured this out over nine years ago when they first formed as a Los Angeles-based choir that could also be described as an indie rock band... with twenty lead singers. Their latest recordings are even more stripped down than usual, exposing their raw musicianship and vocal talent rather than slick production value. As TSLC’s music director Mikey Wells puts it, “We wanted the recording process to capture our natural choral sound, to have as few layers between the vocals and the listeners’ ears as possible, so we popped a couple mics in a room and pressed record.” The result: two gorgeous tracks that revel in lush harmonies and playful instrumentation and lay bare the irreplicable power and pleasure of multiple human voices.