June 10, 2019
Rebecca Rego & The Trainmen have a third new album called 'Speaking Of Witches' which is available in full to stream just below. Rebecca Rego has fabulous vocals that lend themselves to rock as much as they do to anything Americana, the band are polished and the songs consistently good, the album is well worth a full listen at the least.

Imperial Daze have now released their Surfaces Sensibles (E.P). Just a couple of months back we featured a video for 'Minding The Haze' - Live from Electric Eel Studio, which is one of the five songs in this new collection, a mixture of psych pop and rock, that is consistently impressive.

Anna Rose first appeared on Beehive Candy in April with 'Nobody Knows I'm Here' and we follow up with 'The Chariot' where her soulful and passionate vocals are again outstanding as is her music.

From Victoria BC we have Bridal Party with 'Too Much' an art pop song that is full of melodic hooks, I like the notion that the band are keen to make pop music that they like, with songs like this that seem quite credible. 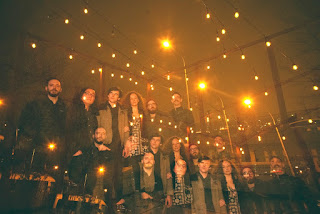 Last year Rebecca Rego & The Trainmen recorded their third full-length record Speaking of Witches at Bon Iver’s April Base studios in Eau Claire, Wisconsin with producer Beau Sorenson. This is their second album with Sorenson, who is based at Tiny Telephone Studio in San Francisco. Sorensen has previously worked with Bob Mould, tune-yards and Thao and The Get Down Stay Down.

Speaking of Witches follows the 2014 debut Tolono, which the Milwaukee Journal Sentinel called "an album worth celebrating, from Rego's smart, attentive songwriting to her earthy and appealing Edie Brickell-like voice” and 2016’s Lay These Weapons Down, for which Smile Politely wrote "Lay These Weapons Down demonstrates impressive range, convincingly spanning several genres. All the while, the album remains cohesive and congruent. An excellent album, it's all there, composed and performed expertly." 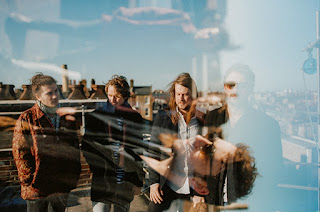 London psych-pop band Imperial Daze have just released their new EP ‘Surfaces Sensibles' via Tip Top Recordings. It follows the release of their debut ‘Solid Fair EP’, which was produced by Rupert Jarvis from The Maccabees and recorded in their studio.

The new EP was co-produced by the band and Rupert Jarvis and was recorded between The Drugstore (The Maccabees studio) and their own studio. A studio they spent most of 2018 building themselves, thanks to a successful crowd-funding campaign and to landing the gig of scoring a big advertising campaign. Built from scratch in a disused giant commercial freezer under a railway arch near Tower Bridge in London, it is now called The Electric Eel Recording Studio, due to the fact that the space was previously used to store eels.

Having shared stages with Mystery Jets, All We Are, The Maccabees, and Matt Maltese, Imperial Daze play a headline London show at The Victoria at the end of the month, with more dates to be announced soon. (Tuesday 25.06 at The Victoria, London). 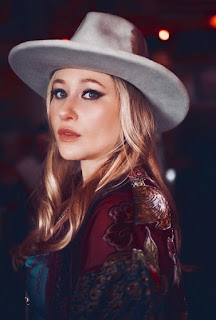 Ahead of her highly anticipated full-length album due later this year and appearance at Nashville's CMA Fest this week, fast-rising singer and musician, Anna Rose, has released a potent new song featuring her unique style of hard-hitting, soulful Americana. Produced by Paul Moak, the deeply honest and soulful track, "The Chariot," is available everywhere now.

"'The Chariot' is a really special song for me," says Rose. "I wrote it with Elizabeth Elkins in Nashville just a few days after one of our musical heroes passed on. Writing through the grief was an incredibly cathartic way to honor this person who had given us both so much inspiration."

The album, written and recorded in Nashville, is Rose's third and follows her praised 2016 EP Strays In The Cut. Two previous singles "Nobody Knows I'm Here," first heard in the NBC hit This Is Us, and "Sucker Puncher" were released earlier this year via White Pony/AWAL.

As a touring artist, Rose has always been a bit of a nomad, believing that home is where the heart is. For this record, home was in Nashville. "Throughout a time of deep turmoil and sadness, I found myself in Nashville a lot, writing not just for myself but for other artists and for film and television. That city slowly began to really feel like home. Working there, making art there… really helped me heal a lot of the wounds that I had collected along the way in my life,” shares Rose. “I’m eternally grateful to the city of Nashville for opening their arms to me. As a bit of an outsider, it gave me a place where I felt like I belonged for the first time really…ever."

“When I sat down with Paul for the first time, I knew something special was happening in the room. He understood not only who I am as an artist but also what I want to accomplish with my music. I am so proud of what came out from us working together.” 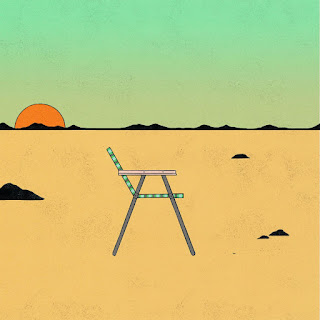 Bridal Party - Too Much.

Victoria, BC art-pop quintet Bridal Party have always had the goal of making pop music they like. Now with the approaching release of debut full-length Too Much (due August 23rd on Kingfisher Bluez) the band find themselves at a critical moment: as songwriters and collaborators presenting their personal vision.

A broad sonic landscape that shares territory with Crumb, U.S. Girls, and early work of The Cardigans, Too Much is due Friday, August 23rd, accompanied by a relentless tour schedule. 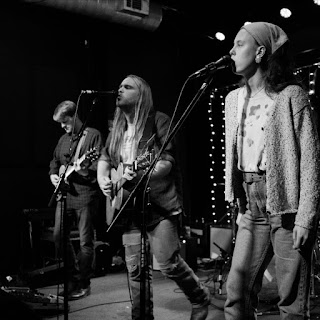 'Good Country Livin,' the fourth album from Athens, GA based Georgia Dish Boys is as much a description of the album as it is a way of life. The songs feel effortless at first, but below the surface are illustrations on the complexities of love in its various forms. Songwriters Seth Martin, and more recently, Olivia Anderson, contribute visceral takes on the subject.

The songs embody small town Georgia life with “Meme,” a tribute to Martin’s 88 year old grandmother. In “What If,” Martin assures the listener that no matter what “I’d still love ya.” The title track, “Good Country Livin,” is an honest reflection of a dysfunctional family where Martin and Anderson admit “half of us are drunk and the rest of us are in pain.”

Songs like “I Can’t Act (Like I Don’t Feel Good),” “Ain’t Losing Time,” and “Put My Records On” work as both geography and feeling, reminiscent of mid-‘70s Neil Young covering Gram Parsons between takes at a Stars & Bars barn session.

The album is a notable contrast from their previous release, ‘Nine Song Movie,’ though Martin’s voice and Rob Hibbs’ guitar are still sharp as ever. 'Good Country Livin’ pours authenticity while showcasing vast creative growth from a group that just wants us all to “be ourselves and do the best we can.” Look for 'Good Country Livin’ on July 9, 2019.