July 26, 2019
Weird Milk have a new release entitled 'Honey, I'm Around' and it's a fabulous and refreshingly unpretentious pop song with gorgeous vocals and harmonies.

'Gold Day' from Hunting is a gently paced indie rock song flowing with melodic hooks and a cool laid back feel.

We have already featured Anna Rose a couple of times this year and the new video for 'Sucker Puncher' is clever and a fine companion for a determined rocker of a song.

In session at the Tapetown Studio's we have Bull and their song 'Eugene' that was first released in May. It's a fine version, the band clearly comfortable in this live setting and giving the piece plenty of natural character. 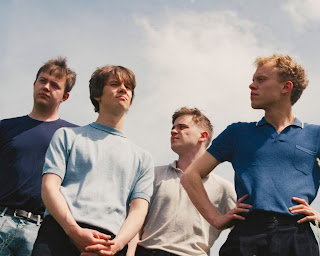 North London’s Weird Milk continue their impressive ascent with soothing new release Honey, I’m Around, once more channelling the influences of The Beach Boys, The Strokes and Rex Orange County to perfection in their own eccentric style.

With high praise following the release of previous single Anything You Want, buzzing across the BBC Radio 1/6 Music airwaves (Annie Mac, Jack Saunders, Steve Lamacq) and throughout the tastemaker community (NME, The Line Of Best Fit, So Young), the baroque pop quartet’s status amongst the emerging indie elite continues to grow significantly.

Discussing their upcoming summery release, the band explained: “This song touches on themes of romance and escapism, whilst cherishing the notion that sometimes it is important to be patient and persistent in one’s endeavours, without lingering in the past”.

Having already chalked off supports alongside the likes of Frank Carter, Pip Blom, Thyla and Lazy Day, the four-piece will be headlining London’s Camden Assembly next month before heading out on tour alongside Trudy and the Romance in the autumn, with further live plans afoot. 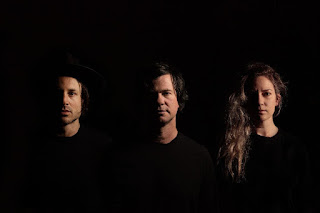 Hunting is barely recognizable as the same band that released a debut album five years ago: it’s gone from a solo project to a trio, from folk to catchy electro-rock, and from wistful melancholy to buoyant exuberance. All this can be heard on the group’s sophomore album, Whatever You Need, due out in summer 2019 via Nevado Music.

Songwriter-producer Bradley Ferguson initially intended the album as a quick follow-up to 2014’s rootsy Hunting LP, but the initial sessions stalled. Instead, Bradley put Hunting on the back burner: he produced an electro-pop LP for Vancouver vocalist Jessicka, and acted as a bassist-for-hire in an array of projects.

Hunting eventually got back on track with the addition of two new members: Jessicka came on board as a full-time backing vocalist, while songwriter Dustin Bentall joined as a co-frontman. “We went back and started the album from scratch,” Bradley remembers. “We decided to approach it in a more organic way. I had been editing it to pop perfection — but then we breathed new life into it and it came together really quickly.”

Dustin Bentall is a well-travelled troubadour in his own right, and he contributed five of his own songs to the recording sessions at Afterlife Studios. Dustin says, “I had this batch of songs that weren’t really going to fit my next record, and I realized they worked seamlessly with Hunting.”

Opener “Scenes from TV Screens” begins the album with muted ‘80s guitars and sly, slinky pop hooks, while “Black Shirt” cranks the distortion with heavy rock riffs, and “Better With Time” is streaked with twinkling synth orchestrations — the result of Bradley’s fondness for spending hours perfecting a single sound. A swooning cover of Sparklehorse’s “Gold Day” is the lone holdover from Hunting’s scrapped prior sessions, acting as a link between Hunting’s early days and their current iteration.

The album’s tone is one of joyful, sonic exploration, marking a big departure from the lonesome folk Hunting used to be known for. “I loved making that first album, but I’m not quite as melancholy as I was back then,” Bradley acknowledges. “I’m a lot more content and life is a lot more solid. I’m not constantly wandering around by myself after some terrible heartbreak.”

That contentment shines on Whatever You Need. With electrifying collaborative chemistry between friends and an anything-goes approach to catchy synth-rock, Hunting has been reborn. 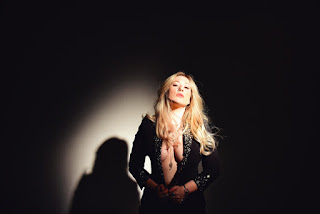 The video for “Sucker Puncher” was directed by Rose’s longtime friend, Émilie Richard-Froozan, who directed Suki Waterhouse's "Valentine,” as well as Hurray For The Riff Raff's "I Know It's Wrong (But That's Alright),” which won Offbeat Magazine’s 2015 Best Music Video of The Year. Froozan’s first feature film, Buttercup Bill, premiered at the Marfa Film Festival.

“Émilie and I grew up together, dancing our asses off to any hit song we could get our hands on, singing at the top of our lungs,” remembers Rose. “We wanted to make a video that felt like that. We’d go on road trips, get lost and make videos, so this was really just an excuse for us to do what we’ve always done for the love of a song."

"It is a song for all of the underdogs out there," describes Rose.  "For me personally, the struggle to be heard in an industry where a songwriter’s work is so undervalued has almost crippled me at times, but writing this song with Justin Glasco felt like a triumph. Truthfully, this whole upcoming record is brutally honest in a lyrical sense and this song felt incredibly cathartic in its writing and production. It’s a testament to the fight I have inside me. I’ve never been quiet, I’ve always been rebellious, I have never cowered to the industry standard and I do not apologize for that." 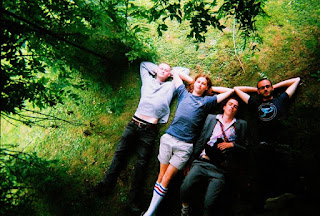 We have a freshly released Tapetown Sessions video featuring York's four-piece Bull. The band got to present their track “Eugene” in a completely different setting during their Tapetown performance:

In the session, the song - written a couple years back and made available on streaming platforms in May 2019 - left some of its ambience layering and sound effects behind, which were all beautifully substituted by even deeper, raw elements and live instruments that Tapetown Studio is well known for.

Undoubtedly, the unique studio facility helped the act highlight their live energy in the best way possible, and the effect of that is this stunning live session that celebrates their union - an ambitious band with one of their best compositions on one side, and on the other, a specialised studio facility filled with knowledge, passion and love for alternative and edgy sounds. 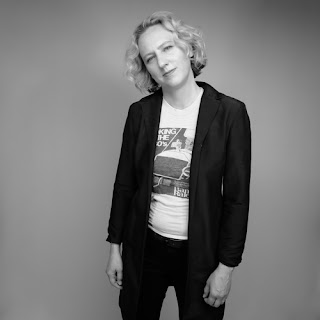 Ana Egge has shared the music video for her new single "Hurt A Little", the second off her upcoming album Is It The Kiss, out September 6 via StorySound Records.

"When you fall for someone, that doesn’t mean that it’s a one-time choice to be with them. Every day you wake up and choose," said the Brooklyn singer-songwriter of the new track which features Buck Meek of Big Thief on electric guitar.

“'Hurt A Little' catches Egge in a vulnerable state, reminiscing over past relationships and laughing at the inevitability of romantic pain," stated American Songwriter. "A soft snare beat propels the song forward as Egge encourages others to power through the pain with her hard-earned relationship wisdom. Meek adds subtle flourishes of rock and pop with his electric guitar."

Is It the Kiss, Ana Egge’s eleventh album, has nine originals along with one cover, all featuring her singularly soulful singing and songwriting which Steve Earle (producer of Egge's Bad Blood) has said sounds “like she’s telling us her deepest, darkest secrets.”

The country side of things is well-represented by pedal steel (Matt Davidson of Twain) and fiddle (Alex Hargreaves) on songs such as the lead single “Cocaine Cowboys” (also featuring Buck Meek on electric guitar), and her affecting duet with Iris DeMent on their cover of Diana Jones’ “Ballad of the Poor Child.”

But despite its traditional roots, Is It The Kiss is something of a soul record as well. The tracks are grounded by the Brooklyn indie-all-star rhythm section of Jacob Silver and Robin MacMillan, the slow grooves are sweetened by horns like molasses (Cole Kamen-Green and Adam Dotson), and at the center of it all is Ana’s guitar, that sounds like it knows something about how Steve Cropper and Curtis Mayfield could delicately, but determinedly, provide a sweetly-beating funky heart. Along with providing the wind and brass arrangements throughout the album, the whole is put togther by multi-instrumentalist, arranger, and producer Alec Spiegelman (Cuddle Magic). Is It The Kiss serves as the follow up to last year's White Tiger, released to wide spread acclaim.