August 01, 2019
Dry Cleaning have released a video for 'Magic of Meghan' ahead of their debut E.P due out in a couple of weeks. Influences there may be but this band still carve out a unique style and sound, kind of indie pop meets garage rock with this song.

Classic Americana with plenty of humorous twists and the juxtaposition of still feeling fresh, somehow Bug Martin has the knack of mixing timeless and modern together, within this really fine new album 'Gutterball'. 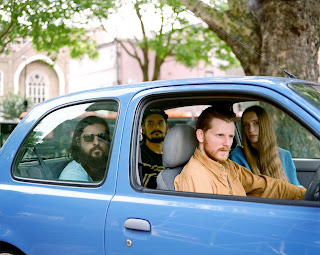 It continues a period of fervent activity from the band who despite having no music online, and have already seen significant interest as early headline shows and a tour in support of NYC's Bodega quickly marked out Dry Cleaning as possessing something entirely different to the rest of the pack - their wiry, excitable post-punk and new-wave paired as it is to surreal, detached vocal narratives in the form of a predominantly spoken word delivery.

Firm friends for years, the band (Lewis Maynard, Tom Dowse, Florence Shaw & Nick Buxton) only started making music after a karaoke party in 2017 inspired a collaboration. They wrote instrumentally to begin with and six months later Shaw, a university lecturer and picture researcher by day, joined on vocals with no prior musical experience. They recorded the six-track Sweet Princess EP before playing their first show only last year.

When they started they knew they wanted to make simple music, direct and uncomplicated. The musical influences were clear - the Feelies, the Necessaries, the B52s and Pylon as a starting point. The garage / rehearsal space had a huge influence on the sound as it was so small and intimate; anything unnecessary was to be left behind. A discussion among the four band members about how to make the prospect of performing as comfortable as possible for Florence (a first timer) ahead of the band’s first rehearsal as a four piece, led to her using her speaking voice. There were several references for this; Will Powers, The Anaemic Boyfriends and Grace Jones among others.

The video for "Magic of Meghan" was made by Sheffield based artist Lucy Vann. Vann investigates, records and reinterprets overlooked behaviours and occurrences in the everyday, in this case through moving image, but she also works with photography, writing, sound, objects and performance. Her work balances between a state of tedium and interest, and attempts to reveal something beyond the immediate surface of daily life. 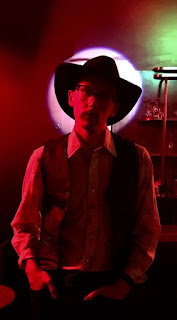 Bug Martin is a storyteller. Born in the basement of New Jersey, Bug is a singer-songwriter who explores inner space to create moody, twangy alt-music conscious of americana, blues, roots, and folk.

Bug's tunes evoke existential and confessional themes, often with tongue planted firmly in cheek. After spending several years germinating in Baltimore's bizarre arts scene where Bug wrote and recorded several self-released albums and EPs, a course has been set northbound once more to a new homestead in Philadelphia.

The new Gutterball, travels cross-genre relaying tales of hapless love and drunken wisdom stumbled upon along the way. 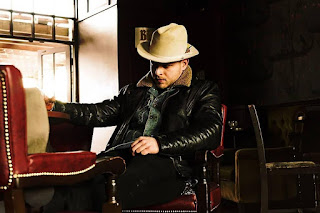 Konrad Sheane is a singer/songwriter born to a farming family on the east coast of southern Ireland. With an impressive two-decade drumming background, he moved to the UK to embark on his solo career.

His music is steeped in the blues with four on the floor bass drums, electronica and great pop hooks. Taking influence from a plethora of rock and blues legends, including artists such as Johnny Cash, Yelawolf, Pink Floyd, his style of blending blues and EDM influences shapes his sound uniquely making work both cinematic and syncable.

Konrad’s latest single, ‘Devil’s Whiskey’ has the ability to transport you from drinking whiskey at your local pub to speeding down a Texan highway on a Harley. The bold and repetitive chorus ‘suck on my gasoline,’ represents a punk/ anti-establishment notion of doing what’s right for yourself and disregarding others disapproval, scepticism, or criticism. Konrad’s husky yet sensitive baritone tells tales of his country upbringing, city life and lust for freedom, his voice digging crevices rich with heartbreak, homeland, and heritage.