August 27, 2019
We have the brand new video for Xul Zolar and the song 'Nightfalls'. Musically it is somewhere between alt rock and indie with a definite experimental feel to the arrangement, the video is a fine accompaniment to a very fine song and E.P.

Fime have a new video for 'Solo / Together' which is a powerful indie rocker with a subtle melody and potent chorus line, it bodes well for the five song E.P due in October. 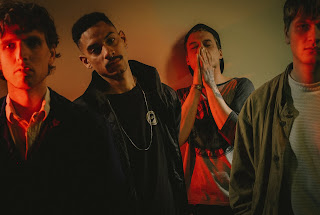 Alongside two recently released tracks: 'Perfume' and 'Nightfalls', the ‘Nightfalls’ EP includes the new single 'Your Ways'. A harmony of analogue and digital, the new single creates an atmosphere that is melancholic yet blissful.

Speaking to the rationale of the EP, the band explain "instead of moving on straight to work on our second full length we opted for the EP format which is a perfect playground to experiment and try things out. One aspect in which the songs of the EP differ from those on our record is that, while retaining electronic elements and influences, the sound is more ‘band-like’. For example while we often used triggered drums and samples on the all of the drums and percussion on the EP are played live and recorded. Another major difference to the last record is that the tracks on the EP are the first ones on which we worked as a four piece. We never follow a strict formula and though the tracks on the EP are in our opinion a clear continuation of our previous work, they are different enough to keep both the listener and us excited."

Since forming in 2011, Xul Zolar have gained recognition for their captivating sound and live presence, including performances at major European festivals Dockville, c/o Pop, Immergut and Incubate, as well as support shows and tours with the likes of Battles, Future Islands, Balthazar and SOHN. Having honed their craft, they have earned the label of being one of the most promising indie acts to come out of Germany in recent years. 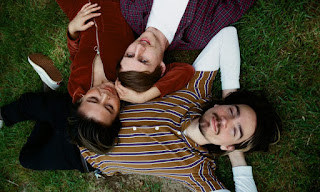 The band channel a slew of 90's influences to maximum effect, and it's made all the more potent by the crisp production, courtesy of Melina Duterte.

Recorded at the groups LA house (which they share with Duterte), "Solo/Together" is buoyed by call & response vocals and enveloping, reverb drenched guitars.

The nostalgic verses move with almost doo-wop-esque romanticism that perfectly juxtaposes the triumpant euphoria of the song's chorus.

Fime are an LA based band comprised of Beto Brakmo, Chase Cook and Maxine Garcia. Their new 5-song EP, Sprawl, comes on the heels of 2018's Outside EP, and follows the bands move from the Bay Area to LA. Sprawl is scheduled for release this October, and see's the band harnessing contemporary influences like Spirit of the Beehive along with classic alternative rock a la Sonic Youth, Pavement, and My Bloody Valentine. 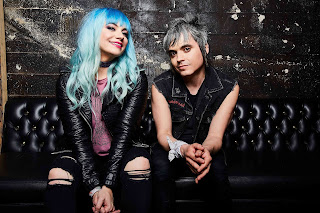 The Dollyrots - I Know How to Party.

Filled with anthemic hooks and super-charged verses the Dollyrots new album Daydream Explosion is out now on Wicked Cool/The Orchard. "I know how to party is a song poking fun at ourselves and making the point that life is supposed to be fun. No one is perfect but everyone can party!" – says Kelly Ogden.

This time around they have decided to join forces with Stevie Van Zandt’ s Wicked Cool Records/ The Orchard for the new album release. A label that evolved out of Van Zandt's weekly syndicated radio show Little Steven's Underground Garage, as it became clear to him some of the best Rock and Roll wasn't receiving the support it deserved. The duos alliance with Wicked Cool began with the singles “Get Radical” in 2018 and “Everything” this spring.