We featured Highasakite a couple of times back in 2016 (doesn't time fly by) anyhow 'Can I Be Forgiven' makes for a welcome return, the beautifully arranged song strands genres as the Norwegian outfit tease us a little ahead of a new album, to be released in two parts. 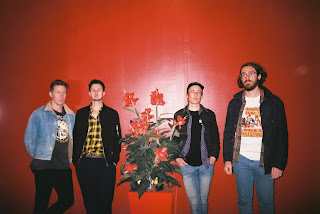 Encouraging listeners to take a look inward while questioning the societal structures that govern our lives, their message is propelled by a unique blend of indie rock and alternative pop, tinged with psychedelia.

In Jake Styles' (vocals, guitar) own words, "'Belly Button' is about a period of time spent away from a loved one. The separation and the feelings of being apart. It is also a celebration of the women who have been important in my life. From my single mother, grandmother and partner at the time when I wrote this." He explains, "It is no coincidence that we chose 'Belly Button' as our first release as it mirrors birth and the women that gift life into this world."

Consisting of four Sydney based musicians, Jack Scott, Clayton Beranek, Jake Stiles and James Swanson, the outfit display a wisdom far beyond their years, running head-first into some of life's more profound questions and welcome the chance to talk about life, death and everything in between.

China Tiger will soon unveil their compelling live show with a single launch at Frankie's Pizza in Sydney on October 30. All proceeds from the show will donated to Black Dog Institute in support of World Mental Health Day, which caught the attention of Tony Hawk who gave the band a heartfelt shout-out. With a performance at Australian Music Week to follow and interstate live dates in the works, China Tiger emerge sure-footed. 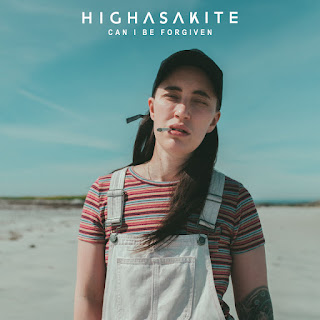 Highasakite - Can I Be Forgiven.

Critically acclaimed Norwegian outfit Highasakite are back with a new single,‘Can I Be Forgiven’, out today, via Propeller Recordings. The genre-defying track is the first excerpt from their upcoming album ‘TheBare Romantic’, which will be released in two parts, Part I due for release on 18th October, with Part II scheduled for release in 2020.

The news comes as a surprise with the band’s latest album ‘Uranium Heart’, released just eight months ago. “After the last album’s tour, we knew that we had some additional music we wanted to record,” explains the band about the release; “we went back into the studio with the whole band and worked on the songs between the summer festivals. We couldn’t wait to share these songs with the outside world”.

Conformity has never been Highasakite’s trademark. The band’s choice to split ‘The Bare Romantic’in two parts - with ‘Can I Be Forgiven’ as the first single - shows a band unwilling to play by the rule book. Having found their soul again by reverting to a two-piece band during the writing process of their last album ‘Uranium Heart’, the new mini-album sees the involvement of former Jaga Jazzistand Puma’s guitarist Stian Westerhus, traditional and fiddle composer Sarah-Jane Summers, as well as their regular live band members’ Øystein Moenand Kristoffer Bonsaksen, with the latter also sharing production duties with Highasakite’s member Trond Bersu.

Having broken all records with their 2014 breakthrough album ‘Silent Treatment’, which spent over two years on the Norwegian Top 40 chart, the band’s 2016#1 Charting successor ‘Camp Echo’,saw them cementing their status as one of Norway’s best musical export, with songwriter Ingrid Helene Håvik’s alternative approach to pop writing earning multiple Norwegian Grammy Awards and widespread acclaim from the likes of Pitchfork, NME, MOJO, The Guardian and Vogue. The same year, the band performed at the Nobel Peace Prize Concert were handpicked by Conan O'Brien to perform on his eponymous talk show and made their USA television debut on Conan in 2017 to perform their single ‘5 Million Miles’.

Known for their extraordinary stage performances, Highasakitehave become a formidable and renowned international live act - topping the bills of legendary festivals including headlining Norway’s five biggest festivals; Glastonbury, Latitude, Roskilde, and Field Day in Australia, alongside sell-out tours spanning the UK, US, and Australia. The band will be back in the UK to play an intimate show at The Garage in London on 16th April 2020.

Armed with their latest release, Highasakite only look set to further their position as one of Scandinavia’s most exciting exports: a reputation that will be cemented with the release of their new single ‘Can I Be Forgiven’. 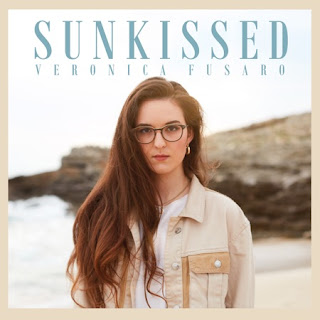 It's out. Now. And available everywhere. Sunkissed. A little piece of my world, an excerpt of my thoughts. Make yourself your drink of choice, lean back, ideally even close your eyes and make the world of Sunkissed yours.

The Sunkissed-Tour couldn't have had a better kick off than at the Mokka in Thun in Veronica's hometown. Thank you to everybody who came by!
To everybody who couldn't make it to this show, there's a whole bunch of other shows across Europe listed below.

With impressive feedback from all over the world, including an interview with Rolling Stones India and a video premiere on Billboard Italy, the Sunkissed EP is starting to make it's first waves. We're excited for everything that yet has to come.