Rorie - The Endangered Species - The Luckies

October 07, 2019
Rorie has released 'Train' the lead single ahead of her debut full-length album, ​'Valley in the Mirror​', due in January 2020.The mixture of synth pop and Rorie's melodic and impassioned vocals is special, at times there is a hint of country music in her voice, which gives the song further identity.

Less than a couple of weeks since we first featured The Endangered Species they are back with 'Mirror On The Wall' another really fine alt rocker. Again the vocals have that natural rock feel to them, the song has a slow pace, however the expansive atmospheric vibe really does give this song some real edge. 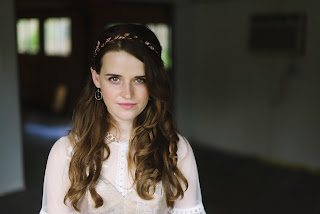 Rorie​ is a singer-songwriter, crafting music that tells stories of heartache and hope. With poetic lyrics and emotive vocals, Rorie’s songs are ethereal, yet grounded in reality. She transports listeners to other worlds while tugging at the heartstrings of what it means to be human. Rorie began writing songs at an early age, but it was a while before she found the confidence to share those songs outside the walls of her bedroom.

She found herself greatly inspired while working for an anti-human trafficking organization in NYC. She wrote a song influenced by her time there and played it at a benefit concert in the city. After being encouraged to share the song on a larger scale, she launched a successful ​Kickstarter campaign to record the song and film a powerful music video that raises awareness about this important issue.

Soon after, Rorie released two EPs: ​‘Singing & Silence’ and ​‘Dawn’​, which were featured in the iTunes singer-songwriter ​New Artist Spotlight​, and reached the top 10 in the iTunes’ Singer-Songwriter charts. During this time, she collaborated with producers such as ​Chad Copelin (​Sufjan Stevens​, ​Andrew Belle), ​Tommee Profitt (​NF​), and opened for artists such as ​Charlotte Martin​, ​Josh Garrels​, ​Elise Trouw​, and more while also playing headlining shows with her band around the East Coast and partnering with renowned American clothing company ​Anthropologie​.

Rorie is now preparing to release her debut full-length album, ​Valley in the Mirror​, in January 2020. With honest songs written everywhere from her living room to the emergency room, the album is the most holistic picture of Rorie’s artistry to date. The music is a vibrant mixture of synth-pop energy and singer-songwriter authenticity. While the subject matter is deep, you may also find yourself wanting to dance. The album was funded by another successful Kickstarter Campaign, and was produced in Brooklyn, Nashville, and Los Angeles with ​Chris Cubeta​, ​Gary Atturio​, ​Jordan Sapp​, and ​Charlotte Martin​.

Her lead single ​“Train” (recorded in Brooklyn, NY with Chris Cubeta and Gary Atturio) embodies the “train of thought” metaphor. At its core, the song is about realizing when your own struggles are greatly affecting those closest to you, and the desire to get on the same wavelength of understanding. The music video, filmed by Open Valve Studios, shows the inside of ​Rorie’s mind as she struggles with finding herself repeating the same patterns, and never actually getting where she needs to go.  ​“Train” is the lead single off her upcoming debut full-length album Valley in the Mirror available on ​January 31st, 2020​. 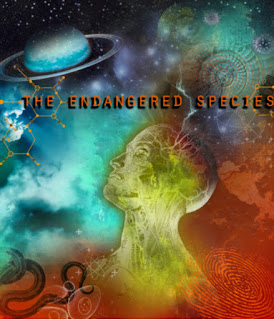 The Endangered Species - Mirror On The Wall.

Atlanta-based, Arizona-born rock band, The Endangered Species, tell a tale of loss, hardship, and redemption on their track "Mirror on the Wall," and forthcoming, self-titled  album, produced by music industry veteran, Joey Huffman (Izzy Stradlin, Soul Asylum, Drivin n Cryin). Music this raw and authentic stems from experience, and brothers and central figures,  Wade and Robin Divver, have had more than their fair share of hard times. On February 12th, 2001, their father was brutally murdered by the Sinaloan drug cartel. The only living memory the brothers have of their father were his most prized possessions: a 1983 Fender Stratocaster and a 1967 Gibson SG. The album arrives October 18th, just in time for their father’s birthday.

Eight years later, inspired by their life experiences and their passion to see the world change for the benefit of all species, the pair officially started their band The Endangered Species.

The brothers state, “‘Mirror On The Wall’ is about self-reflecting on what’s before, what’s now, and what’s to come. As much change as we all hope to find to better the world, we have to accept that history has painted the path before us. Whether we choose to take the chance to follow the same course, or correct and make it more than it will ever be. In the end, no matter what foot you put forward there is only so much time before every reflection fades away. When yours fades, what impact will you leave?” 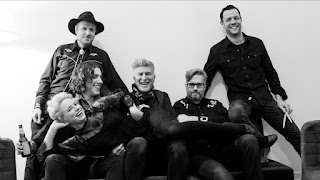 Out of Montreal’s roots music scene comes The Luckies. From dirty twisters, old time country and rockabilly to swampy Americana folk songs, The Luckies are a band that play every note like it’s their last. The Luckies' telltale sound is founded upon twin guitars, pulsing horns, pedal steel swells, gurgling Hammond leads, and sweet vocal counterpoints.

Vocalist Kelsey Roy channels both the raw energy and genteel charm of fifities legends Wanda Jackson and Lorrie Collins, delivering her own style of alternative country and Americana. Roy is backed by an impressive lineup of veteran Montreal music scene players.

"East of Eden" is a labour of love recorded over a two year period. These nine songs were tracked at Montreal’s Seratone Studio, lovingly soaked in spring reverb and tape echo. Recorded by stellar engineer Simon Petraki and produced by the infamous King Kong Girio. Featuring the vocals and upright bass of Canadian rockabilly great, Eddy Blake on the duet "My Baby's Coming Back".