October 08, 2019
We have the new single from Finnish dreamtronica duo Lake Jons entitled ‘Simone,’ a fresh and dynamic song accompanied by an intriguing video, they have also announced their sophomore album ‘The Coast’ dropping 29th Nov.

I know Gambling Hearts home city of Salisbury well and was pleased that 'This Love' is such a fine and powerful alt rocker, more than deserving a feature here. The band recently got back together after some years, it hasn't taken them long to deliver a hook filled piece of rock and roll. 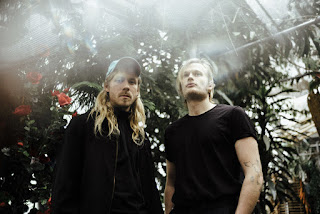 With the upcoming release of their sophomore full-length ‘The Coast’, Lake Jons reconnect with their roots, leaving the city and delving into the viridescence of their moniker’s birthplace, the Towars forest. Thematically, the album is Jons’ endeavour to dismantle life, space and time. They present parts of rough instrumental parts, layering them with harmony-laden toplines, while each of the singles’ overall structure seems to assemble again seamlessly.

“There are all kinds of emotional releases when roaming in the nature far from civilisation,” Jooel Jons says in his short essay on the new album, “In a way ‘The Coast’ is an emotional perspective. There are times when you are simply stuck in that gateway. Looking forward to the oceans or backward to the mountains, you choose. Time is irrelevant as long as you’re moving and evolving. I believe that’s the essence.”

Jooel also talks a little about the new single ‘Simone’, he explains that the concept of the track is how connections can sometimes transcend physical loss; “You know the feeling someone close to you has moved on to another time and space? You’re still feeling these sensations of their presence and wonder if all is not lost after all. Maybe you’re in denial. But you’ll only know if you stop and try reaching out to something that only you sense. From feelings arise experience; that is vital to our feeling of existence.”

Musically, the new cut is a dusty haze of drum machines and lo-fi instrumentation. Jons’ vocal tones break the membrane of the guitar theshold, breaching the surface of the mix, while spectral arpeggios fill silences and late-naughties’ UK garage-esque bass parts dance to the close of the tune.

For their self-titled debut album, Lake Jons retreated to an isolated cabin deep in the Finnish forest during the few summer months of the year that the Nordic country thaws out. The cabin had no running water and no inside bathroom. It’s there, in a state of severe isolation and deep connection with the wilderness that they wrote and recorded the majority of the self-titled album. The aim was to try and examine, capture and represent whatever tenuous connection still exists between the natural world and all its organic elements of randomness and authenticity and the human world. 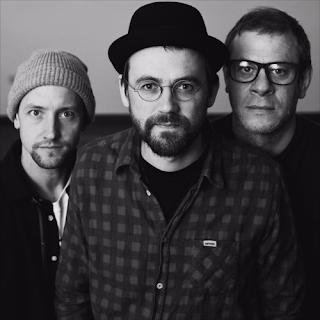 Gambling Hearts are a power trio from Salisbury, Wiltshire who mix angst and melody into a simple, ragged alt/rock sound. Raw and honest, the band’s heartfelt lyricism is reminiscent of Neil Young and Elliot Smith, with the music taking its sonic inspiration from BRMC, Blur and Nirvana. The earliest incarnation of Gambling Hearts toured for a good 10 years during the band’s late teens, early twenties. They played on uni tours, doing their bit for the Rock Against Racism movement, but broke up in 2004. The next iteration of Gambling Hearts started out as guitarist Simon Rowe’s solo project on a small indie label called Carmandie Records.

According to Simon, the only good thing about the record he made with a collection of hired hands and uninterested producers was that “it had blood on the tracks”. Simon called up his old band mates Sam and Will to see if they wanted to start a new band. Living in Salisbury, Wiltshire at the time, they found a great chemistry between then and, as a result of the ever increasing amount of time spent on the road to and from London, decided to relocate to the capital.

Quickly obtaining residencies at The Hope in Angel and the Dublin Castle in Camden Town, they band played all over town, often 2 or 3 times a week, until the big smoke inevitably, inexorably took its toll and the band slowly stopped breathing. Fast forward many years and the guys were living thirty something lives with proper jobs, when a chance meeting in a pub got the guys thinking that maybe, just for fun, they could book a rehearsal room and jam together. Of course it was ragged and raw. Of course the fire that had fed them 10 years earlier rekindled to lick old wounds. Of course they play a gig. Of course they made a record. Gambling Hearts are set to release “​This Love​” on The Animal Farm on 13th October. 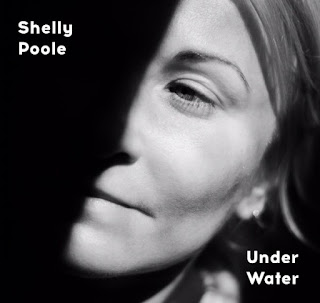 Shelly Poole is a multi-platinum selling British singer-songwriter who has achieved international success in an ever-increasing variety of musical settings.

Shelly’s 2005 solo album Hard Time For The Dreamer entered the I-tunes chart at number 1 in the UK and France and earned her constant radio exposure and copious five-star reviews. The album is having a re-mastered, (with 5 new tracks added) deluxe release in the Summer of 2019 due to popular demand. In 2008 she co-founded the alt-folk band Red Sky July with her husband Ally McErlaine (lead guitarist and founder member of the Scottish band Texas ) Red Sky July have released 3 albums all entering the Official Uk Country charts in the top 3.

They also won the Nordoff Robbins inspiration award in 2013 and have toured with Jools Holland, Sheryl Crow, Steve Earle, and Tom Jones. Shelly is a highly respected award-winning songwriter who has worked closely with and had hits with talents as diverse as Janet Jackson, Massive Attack, Jack Savoretti, Mark Ronson, Gary Barlow, Paloma Faith, Michael Gray, Zucchero, Emmy the Great, Noah, and the Whale, Bryn Christopher, amongst many others. Recently scoring a hit single with Guilty Flowers by Ward Thomas, Sarah Darlings’ Fires and the BBC1 introducing single Dodged a Bullet by Alice Jemima.

Shelly, unlike many other female writers and producers, crosses over with successful tracks receiving support from BBC Radio 1 and BBC Radio 2 as well as at BBC 6 Music and within the self-release Spotify artist community. At the moment Shelly is writing and producing Spotify sensations Hanne Mjoen, Cattle and Cain, Rhys Lewis, and the Wandering Hearts, she has songs coming out this year across every genre from electro through to folk and dance.

Under Water is the first release solo release this decade of Shelly Poole. Indie/folk pop singer songwriter and producer from the UK Alt-Country song that crosses over into indie-pop pushing the boundaries of what UK country music means. She uses traditional instrumentation but over old school breakbeats with indie-pop melodies and lyrics.