November 29, 2019
I realise that today we have more Spotify embeds than usual, so apologies if you don't use their service, this really is just a coincidence. Meres new single 'Cut' is a straight down the line rocker with punchy guitars and her totally rock & roll vocals. === Sunny Gable today releases 'Audience Of One' an album with traditional Americana vibes running throughout, her vocals adding real personal feeling to some beautifully arranged songs, and we have included a video for a solo performance of the opening song. === We have the new single 'Be Me' from Yazymyn Hendrix along with a video for a live looping performance of another song 'Better Days'. The single is melodic, soulful and creative and the live video is both fun and impressive. === A new video from Smoke Fairies was released today entitled 'Disconnect' the duo carve out a distinct alt rock sound with plenty of hooks along the way. === The Big Peach have just shared 'Run and Hide' where the band mix garage rock with some timeless sixties pop sensibilities on this highly likable track. 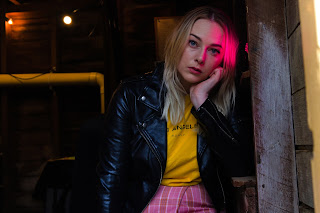 First grabbing our attention with a duo of “sludge rock” singles, Launceston’s indie-rock queen Mary Shannon, aka Meres, returns today with her unadulterated brand of glittering, fuzzed out punk.

Presented as an A/B package, a-side ‘Cut’ was originally recorded as a demo with Ben Simms of A Swayze & The Ghosts in their basement practice-come-studio space. The track retains Meres’ signature bold, crunchy guitar riffs and punch-pop melodies while entering a somewhat more upbeat sonic territory.

Self-described as a “giant weirdo from Tassie that loves making music”, Meres’ first release ‘Hell is on its Way’ debuted at #2 on the Amrap Regional Charts. Follow-up single ‘Feardom’ continued momentum, resulting in a busy year of performing at nearly every festival of note in Tasmania including Falls Festival main stage at Marion Bay, Panama Festival and Party in the Paddock. Lyrically, new single ‘Cut’ approaches themes of fractured  friendships and feeling helpless, with Meres explaining:

“I wrote this song around the time a friend's father passed away. It was written from a strange place of guilt, grown from the expanding distance between us - I wasn't sure how to be their friend like I used to be, almost like I didn’t know them at all anymore.

“It’s about wanting to feel that intense connection with someone again, trying to fight for it, but not knowing where to start. It’s absolutely terrifying to feel like you don’t even know the people that you’re the closest with, you haven't tried hard enough to show up for them... and worse to think that maybe you do, eventually, just need to let people go.”

Meanwhile, b-side ‘Think You Like This’ changes pace as a “solo sad-sack track”. With a disclaimer, “This song was written near the start of my long-term-long-distance-long-drive romance. I don't really like writing love songs in general. I would rather talk about extremely random things like what's on the tele and dance around a lot like a loser. But it was nice to write something simple and truthful.” 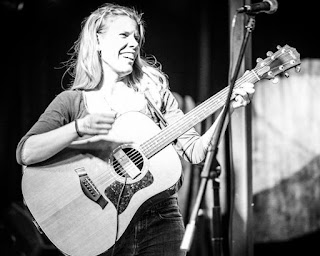 Sunny Gable - Audience Of One (Album).

Colorado artist Sunny Gable released her debut Americana solo album, Audience of One, on Friday November 29th. Harkening back to a simpler time, Gable's music draws on personal stories creating an emotional pull that is honest and vulnerable at its core.

"Audience of One was conceived as I was laying awake the night after I found out about my son Finn’s diagnosis (he was born with trisomy 21 or Down syndrome). I was 26 weeks pregnant and it felt like I had just received a life sentence - at least that’s how the doctors made it feel. The song was an expression of acceptance that my life and my career may never be what I envisioned. I decided through the process of writing this song that I would record a solo album and do it on my own terms and timeline.

The opening song "Rise" speaks of perseverance in the face of adversity - a theme I think is important throughout the album. The songs on the album vary from historical stories like "How to Catch a Northern Star" told from a creative viewpoint to songs of hope, love, nostalgia, and contentment. The last song on the album is my lullaby for Finn, my very special baby, my declaration that I wouldn’t ever want for a life without him. I’d like to think the album has an overall message of hope in a sometimes cruel world." - Sunny Gable.

Audience of One is an exquisite Americana debut from the Gable whose melodies seem familiar like the wind yet mysterious like a coming storm; and whose words create a path through your own feelings and experiences. 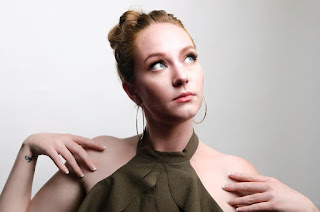 Yazymyn Hendrix - Be Me / Better Days.

Yazmyn Hendrix, London-born loop artist, layers powerfully enchanting vocals, lush harmonies, haunting voice effects and gentle beatboxing. She makes her music in the now - carving something from nothing and making time stand still five minutes at a time. She’s an experimental multi-genre singer and songwriter who write simple songs about complex things; love, life, reality and dreams. Yazmym is synaesthetic, meaning she associates each song, each word and each instrument with colours and textures; this gives her original perspective when writing and performing. In her own words, “Sometimes I find myself begging for my inner self to stay strong and guide me; this outer physical world can be so distracting from the truth we already have within. I see music as channelling of a higher power that connects us all”

In terms of collaboration, Yazmyn has teamed up with Retrospective For Love on the single, ‘Let Me Know’ from their debut album, ‘Random Activities of the Heart’. The track is a carefully crafted groove with lyrics loaded with romanticism and nostalgia, allowing their sound to dabble in delirious deja vu bringing you back to the first time you ever felt heartache. A union of beautifully crafted jazz and soul vibes have enveloped a collaboration with Mrisi. ‘In The Moment’, the first track to be released online from debut EP ‘Mamela’, gathered the attention of many. A live recording from Mrisi’s mother’s house, ‘Mamela’ is a work of resilience and conscience; it has the ability to make us realise how much impact our words can have. Watch this space for more to come from the pair. Last year Yazymn was also offered a space on the stage with Madness, at their House Of Fun Weekender last year after being spotted singing in a jazz club in North London - She sand alongside the bands and even lead a couple of songs! As a big ska fan in her teens, Yazmyn was over the moon to be asked onto stage with the legends.

Having returned to London from Brighton, Yazymn is about to release her debut EP, entitled ‘Saturn Returns’. Jon Gomm says “Quite Very Good!” before giving her a support slot on his UK Tour. Yazmyn has also supported the likes of Dizraeli and Retrospective for Love. She has recently Played at Pride London, Standon Calling, Wilderness Festival in the UK, as well as Pas De Trail and Montagnola Bologna Festivals in Italy. Her social media posts have already been shared by Rag ‘N Bone Man and Shlomo, among others, gaining over 25K views on her first teaser. We are just as excited as them to see what comes next. 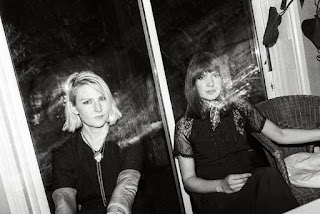 Smoke Fairies have today unveiled their new video for 'Disconnect' directed by Annick Wolfers. The track is the second single from their forthcoming album 'Darkness Brings The Wonders Home' out on January 31st, 2020.

Katherine Blamire talks about the idea for the clip: "The video was a really simple idea encapsulating how your everyday domestic world gets turned upside down when someone gets inside your head - how your normal world goes slightly askew and there is a sense of strangeness to everything you normally go about doing "

Smoke Fairies just played a sell-out single launch at The Social in association with Rough Trade to celebrate the release of a limited edition 7”. The show and single sold out three weeks prior to release and landed at #3 in the UK Vinyl Singles chart, surrounded by Coldplay, Queen and Kate Bush. They will play additional UK dates (below) in February just after the release of Darkness Brings The Wonders Home.  The ladies will also appear on John Kennedy Radio X with an interview and live session on January 28th.

Smoke Fairies are Jessica Davies and Katherine Blamire who first met at school in their native England. For this LP they traveled to Seattle to record Darkness Brings The Wonders Home with producer Phil Ek (The Black Angels, Fleet Foxes, The Shins) and over the course of a rigorous month-long session in Seattle, adopted a purposely intimate approach to achieving a singular sonic tone.

Smoke Fairies were the first UK act to release a single on Jack White's label Third Man Records and was produced by White who also played guitar and drums. Other notable recordings include a cover of Neil Young’s ‘Alabama’ from his Harvest LP which appeared on a special Mojo album to mark the approaching fortieth anniversary of the album.  Jessica and Katherine also contributed vocals to the track ‘Valentina', a tribute to Valentina Tereshkova, the first woman in space on The Race For Space, the second album by Public Service Broadcasting. The band has toured this side of the Atlantic with Laura Marling, Rasputina, Blitzen Trapper and Dawes. More U.S. shows to be announced at a later date. 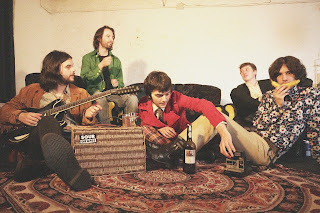 The Big Peach - Run and Hide.

November 29th sees the much-anticipated return on The Big Peach. The Manchester based group will release their latest single “Run and Hide” on Sour Grapes Records. The new single features a heavy dollop of that 60s Rock & Roll music the band have become renowned for. Mixed by Borja Regueira and mastered by the Grammy nominated Kelly Hibbert (Allah Las, J Dilla, Madlib).

This release is the first of a series of four which helps round off a busy period packed full of gigs, appearing on line-ups with Triptides, The Dandelion, Levitation Room and The Blank Tapes. They also played at the Bingley Weekender last summer and created their own festival PeachFest that caught attention of many bands, record labels and promoters.

The Big Peach is a garage rock and roll group from Manchester. Their music gathers a lot of influence from the burgeoning garage and psych scenes of the 1960s and beyond. With influences deep in Laurel Canyon, hints of Tamla Motown and and a splash of Mod from the streets of London.