November 08, 2019
Nature TV return just four weeks after their first appearance here with 'Only One'. Last time we described the Brighton band as "high class indie" and there is no change there with this refined piece. === Taken from her brand new 'Red Sun' album released today by Helen America we share the first song in the collection entitled 'Thelxiepeia'. This is just a small glimpse of things, the musical styles vary greatly, her vocals adding consistent order, the lyrics often demanding your attention. === Chrysalism has a new video for 'I'll kill you, Tomokazu Miura!' this lo-fi and gently soulful song is beautiful. === TJ Roberts has a new single comprising of 'The Party' and 'Midnight Stores' the first is a laid back and engaging track, the latter rocks a whole lot more. === From Meanlife we have the fabulous song 'Ready2Spark' with wonderful dual vocals and an indie meets country vibe.
------------------------------------------------------------------------------------------ 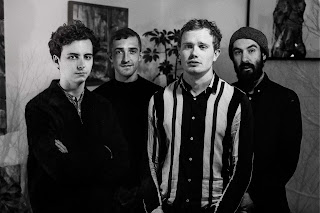 Nature TV - Only One.

Drifting onto the landscape with sparkling lead single She Wants To See You Cry earlier this autumn, Brighton dreamers Nature TV share sumptuous new cut Only One, the second offering from forthcoming EP Emotion Sickness, out 29th November via Heist or Hit (Her’s, Pizzagirl, Honey Moon).

Fresh from a stellar support run throughout the UK with resident do-woppers Trudy and the Romance, the indie quartet are certainly making quite an impression on the live circuit, having already opened for the likes of Swimming Tapes and lined up an EP launch show in their adopted hometown early next month.

With a slew of acclaim across the tastemaker community (The Line Of Best Fit, DIY, Dork, Clash, Gigwise) greeting their latest release, it’s clear Nature TV are carving their place amongst Brighton’s emerging indie elite, and with a wealth of new material ready to drop in 2020, their rise is set to gather pace.

Detailing their upcoming release, frontman Guy Bangham revealed: “As winter draws in, door-to-door heartbreak salesmen Nature TV come knocking. This time they arrive clutching a scented candle, a pack of tissues and the perfect soundtrack to your long, lonely winter nights. Only One sets the mood for wallowing in your failed love life. You’re welcome”. 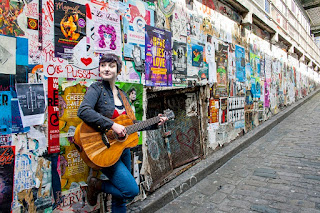 Helen America’s new album of wild imaginings and elegiac protest songs, Red Sun, may be the most astonishing full-length you’ve heard in some time.Its vast expanse of styles and textures, the heights and depths of the poetic and provocative lyrical imagery, and the incredible expressiveness of the vocals harken back to classic albums of the golden LP era and evoke a deep spiritual reckoning in each track.

Red Sun comes out perfectly during autumn 2019, its beautiful folk-hauntology rapturously apt for the season. As when the boundaries weaken between the worlds of the living and the dead, the lines blur here between grief and ecstasy, human and animal, sweetness and grit. Bending genres with amply nodular imagery about spiritual joys and vexations, body horror, and dark nights of the soul, the Seattle-based artist creates fantastic string-and-feedback-fueled freak-pop with highly poetic lyrics, as unique and timeless as song cycles by Judee Sill, Jeff Mangum, Joanna Newsom, John Vanderslice, or Phil Elverum.

America herself is a fan of those serious crafters of, as she puts it, “cerebral and literary and high-concept music but also raw, emotive, and definitely on the acoustic/people-playing-instruments-in-a-room side of the spectrum.” This describes her own science fiction-inspired and Greek-mythology laced anthems and soundscapes, which have a way of creeping under your mind and affecting the substrate of your dreams. Nothing is spare about these songs, though, which make use of a broad palette of sound and feature performances from richly talented players of the Seattle folk-punk milieu such as Kaia Chessen on cello, Scott Adams on accordion, and even the artist’s father, Roger Parson, on bagpipes.

Mai-Li Pittard (of The Debaucherantes) makes a guest appearance with a haunting, passionate violin performance on “There Is No Love”. Multi-instrumentalists Mitchell Wayne Hysjulien and Christy Mooers (known for similar work in Landlord’s Daughter) flesh out the majority of percussion and strings on the album, with Mooers’ distinctive upright bass complimenting distorted guitar chords and acoustic chamber arrangements alike. The album was mixed by Moe Provencher at the Duplex, and the Zen demigod of mastering himself, Steve Turnidge, added his alchemy at UltraViolet Studios. It is a lush, sumptuous buffet of profound and descriptive sound for her vignettes of alternate realities and deeper truths.

All the songs are written, produced, and recorded by America, and the album features a full-color booklet of her delightful and disturbing apocalyptic monster artwork, evoking the bizarre circumstances and relationships extrapolated in her magickal song craft. A multi-media artist of intrepid renown in the underground, from music to comics to gallery art, she has tied them all together in this chimeric debut. With vividly political art-songs and deeply personal dissections of self, Red Sunis visually arresting and a gorgeous listening experience, a portal to a strange and compelling world. 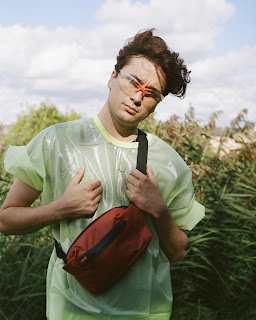 New single 'I'll Kill You, Tomokazu Miura!’ opens with submerged drums, before suitably velvety synths provide a drifting bed for sombrely crooned vocals, it’s night-time music for the broken hearted. The track climaxes with the lead hook of the chorus, a breathless high note backed up by the emergence of glistening guitars provided by Axel Oksby from Jakob Ogawa’s band.

AKA Michal Vojtech, he embraces everyday melodrama – as evidenced by a domestically poetic description of the inspiration behind the track: “My gal would kill me if I told you what this song is about. It’s me at 2 a.m. in the back streets of Hong Kong. And her being stuck to her bed in one of the skyscraper apartments, looking out of the window in the humid city air.

Listening to distant cars honk.  Feeling comfortably sad between all the traffic and people walking. It’s about a movie I watched that night when I came back to the apartment. The quote ‘I’ll kill you, Tomokazu Miura!” got stuck in my head then.” Alongside this there’s a playful twinkle to the themes he chooses to riff on, and creates vignettes out of. As evidenced by previous singles taking on Elon Musk stealing his girlfriend away to Mars, or the wistful travails of a lonely Monday Nite DJ.

A London transplant from Prague, he moved here to pursue music, visual arts and writing. This led to the foundation of visual-arts collective - Peakaboo Luv - with whom he has created video collages for his own tracks and others, as well as shot live videos for the likes of (sandy) Alex G and Elvis Depressedly, and hosted underground fashion shows and art exhibitions that descend into wild parties.

This cross-arts and collective approach to his home-crafted tunes results in something at once unique and recognisable. ‘I’ll Kill You, Tomokazu Miura!’ by Chrysalism is out on this week and was produced by Patrick Fitzroy of London band Heavy Heart. 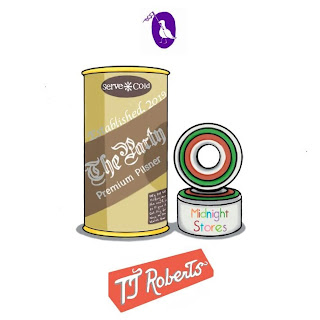 Midnight Stores’ is the sound of your very own Lynchian acid trip in the middle of a corner shop. It’s a bubble-gum horror of junk shop organ and South Wales’ least convincing Roky Erikson impersonator.

‘The Party’ is unashamedly hip-to-be-square, It drags the listener through the trials of the woefully ignorant, unknowingly privileged experience of university house parties.

Finding influence in the equally outspoken art-school and lounge stylings of Roxy Music, Steely Dan and real-life Springfielder Mac Demarco, The Party is a band and live favourite. Candidly uncool and flagrantly honest.

The double A single will be released 15 November on Libertino Records. 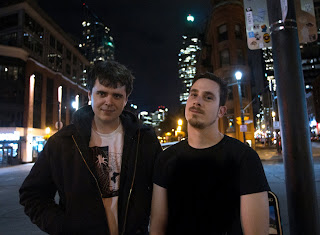 Meanlife have a new single and video, for "Ready 2 Spark". The band tell us: "It's our first new song since we put out our debut album Bad Vibes In The Womb this August".

Meanlife's attempt to write a new classic, this indie-country guitar-pop bop is our first duet, featuring backup vocals by Toronto songwriter Sara May from Falcon Jane. It's also our first song to use pedal steel, inspired by Bob Dylan and The Band, the Flying Burrito Brothers, and Hank Williams.

Finally where do you go for an impartial appraisal "Love this. Great song, happy lyrics, love the swing beat, topped off with a fab video. A winner!" - Jackson's mom.