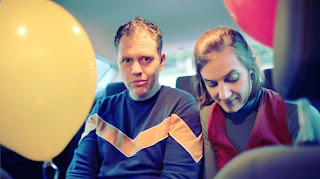 A new video by Paul Mosley and The Red Meat Orchestra for The 1970's has just been unveiled..

It comes from Mosley’s new album ‘You’re Going To Die!’ (out now) which is an album about grief yet filtered through a kaleidoscopic beautiful theatrical pop writing lens.

Shot by Alec Bowman, the video re-enacts the family drives Paul used to go on as a child in the 1970’s. The track reminds me slightly of Nick Cave & The Bad Seeds with a Martyn P. Casey-esque bass motif and wistful spooky synths driving things forward. 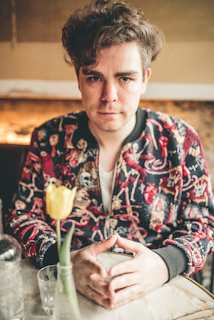 “Equaliza" - The stunning third single release by Angus Munro, out on Counsellor Records 8th November 2019. “This is therapy rock!” Wrote Gavin Docherty in the Scottish Daily Express. He was reviewing the track “Equaliza” on Angus Munro’s debut EP “Mirror Man”, now the third single release by the Scottish based chamber pop-stair.  Gavin adds “but a haunting new ballad about Citalopram - one of the most prescribed uppers in the United States with more than 26 million prescriptions - has got to be a first.  The singer-songwriter is Angus Munro, 31, a breaking indie balladeer …!”.

Like many other young people dealing with mental health issues Angus spoke of his experience - When I was diagnosed with severe depression by my therapist, I was given a list of tasks and roles to tackle in order to overcome it. Exercises, repetitive writing analysis and meditation alongside many others were a chore to undertake. I would get more frustrated with the lack of results I seemed to not be generating. Around this time, I was also going through a rough break up of a relationship.

It was only when I was prescribed antidepressants that I felt myself balance out and see things more clearly. This was a revelation to me and a real turning point on the road to good mental health. However, taking a pill for a toxic relationship was something that remained a fantasy. Likening my dependency for medication to that of being with the person I felt I needed the most led to Equaliza being formed. A tragic love-song lamenting the necessity of antidepressants to that of the need to be with the person I loved.

Equaliza, to me is one of my most personal songs and despite the difficult time-period in which it was written, it remains a time-capsule of the man I once was, and a reminder of how far you have come. Upcoming gig: 15th November 2019: Tooth & Claw, Inverness. 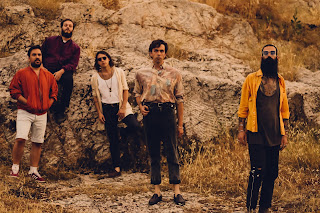 CHICKN have made a video for "She'll Be Apples", from their recently released new album, Bel Esprit. Shot in Athens and it was directed by Alex Brack. "She'll Be Apples" is a psychedelic tinged pop tune that surfaces with shoeagaze attentions, while disguised by the waters of love and ambiguities that ooze from the depths.

Athens-based five-piece CHICKN follows up to last year's WOWSERS sees the Greek outfit exploring a variety of different styles. From art-rock to synth-pop and beyond, Bel Esprit will generously provide you with all the touchy – feeliness you'll ever need. Formed back in 2012, the band started gigging extensively without any discography, media coverage or particular reason building a strong word of mouth among the city's live audience.

Consisting of Angelos Krallis, Pantelis Karasevdas, Chris Bkrs, Axios Zafeirakos, and Don Stavrinos, their music is made up of improvisation, and as well as their tendency to embrace the unexpected. They have developed a large body of artists that they work with and as a result their liquid line-up gets temporarily solidified by their current expressive needs.

There is so much to digest in this album. It's lush, chaotic and colourful. Bel Esprit is a nine track album which contains an equal amount of gender-bender acid pop nuggets.  Weird accessible yet complex and challenging. Get ready to dive into the wonderfully absurdist world of CHICKN! 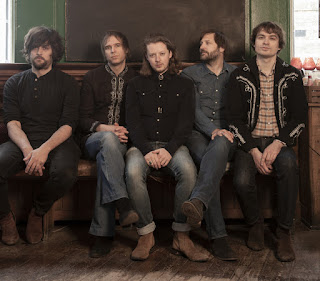 The Hanging Stars - (I've Seen) The Summer in Her Eyes.

The Hanging Stars are delighted to announce their new album A New Kind Of Sky, due out on 21 February 2020. The first single,  “(I’ve Seen) The Summer in Her Eyes” was released yesterday. The song is about lost love and self doubt channeled through two and a half minutes of garage pastoralism. The track is summed up by one of the last lines; “here grew a flower out of a ground made out of stone. Its petals were scattered. Out on the breeze they die.” The song was written by the band’s bass player Sam Ferman and is the first time he has lent lead vocals to a Hanging Stars single.

A New Kind Of Sky is the band’s third studio album and was mostly recorded live at Echozoo in Eastbourne with Dave Lynch. Carrying on their exploration of transatlantic psychedelic folk and cosmic country, the new material blends twelve-string, harmony-laden lullabies with soft rock anthems to create a kaleidoscopic poncho for these times.

The Hanging Stars released their debut album Over the Silvery Lake in 2016, which received plaudits from broadsheets such as The Times and The Guardian. They picked up a good amount of support at 6 Music and “The House on the Hill” scored a much-coveted 10/10 by John Robb on Steve Lamacq’s Roundtable. Their second album Songs For Somewhere Else in 2017 to critical acclaim from the likes of Uncut (Revelations article), Shindig (several features and 4* review) as well as The Quietus and The Line Of Best Fit, plus radio support from Gideon Coe and Bob Harris (they performed an Under the Apple Tree Session for Bob Harris in January 2019).

Whilst playing their own successful sold-out headline dates, the band have also been invited to share the stage with Teenage Fanclub, The Clientele, Wolf People, The Long Ryders and GospelbeacH, as well as playing festivals such as Liverpool’s International Festival of Psychedelia, Red Rooster, Ramblin' Roots, UK Americana Festival and The Long Road Home.

A New Kind Of Sky is the sound of a band who have found their voice. Eclectic yet cohesive, expansive yet intimate, universal yet personal, the ten-songs shimmer with brilliance and furthers The Hanging Stars’ shining legacy.