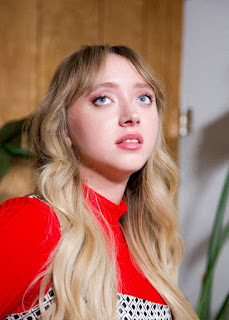 Los Angeles-based folk-pop singer/songwriter Emma Charles has reteamed with longtime producer/collaborator Doug Schadt (Shaed, Maggie Rogers) on her new single, their fourth together, “You.”  With themes of love, companionship and gratitude at the fore, Charles creates a gorgeously evocative vibe with an acoustic guitar and piano--based track with electronic flourishes that evolves into a transcendent showcase for her shimmering vocal talents.

“You” is released digitally on Sky Records, the pop unit of the Resilience Music Alliance. It is the follow up to her last single “Vertigo” which appears on the recent NOW That’s What I Call Music! 72 (released 10/25) as a featured “What’s Next” selection.

Says Charles: “’You’ came around after finding myself really enamored by someone for a long time. I found myself feeling like this person was the only person I wanted to come back to, to talk to, and to be with. After days where I felt like nobody heard what I had to say, and after spending time doubting myself and my abilities, this person was able to bring me back to reality and keep me grounded.” 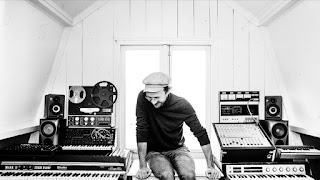 Phonettes is the project around the songs of Amsterdam based singer-songwriter and film composer Daan Hofman. About two years ago he started writing material from scratch with only an analog synthesizer, two guitars and a computer. He sings, plays all instruments, and wrote and produced all the tracks of the EP Algorithm Love, which have been released as singles over 2019.

The tracks on Algorithm Love: Wide Awake is  a mix of an acoustic song with electronics. Analog synth sounds are circling around the whisper of an acoustic guitar in this brittle song about the clear visions that a sleepless night can bring, If the Stranger Things soundtrack was composed by Sufjan Stevens and featured a unique warm voiced singer with whiffs of David Sylvian, this is what it would sound like.

First Delight is a new-wavish synthpop song, celibrating the spark of youth. On the outer borders of childhood, where we were high on life and restless from everything that was to come. Algorithm Love is the title track of the EP. This ballad on romantic love in the age of online dating, floats in an ambient modular choir towards the edges of the dancefloor.

Morning Brings New is the only lovesong of the EP. A deep and smooth vocal is floating over minimalistic patterns, where dreamy choirs finally celebrate the glory of a new found love. Now We've Lost It All takes the listener back to early Pink Floyd 60s days. Make Up Your Mind is a gospel with a twist. Modular synths and minimal beats bring salvation to a troubled soul.

Algorithm Love (EP) is released 6 December 2019 on BERT music (a division of TCBYML). 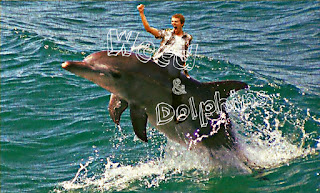 A few years ago a bunch of friends climbed into a local sewerage system to have some fun, drink beers and make photos. But what they found deep in the tunnels turned their whole lives inside out and changed all their plans. To explain their strange behaviour and their sudden regular disappearances from home they teamed up in a band under the name Weed & Dolphins and started to rehearse as a live act for their vocalist’s one-man-band home project.

In 2016 they released a bunch of their early singles on Russian vk.com and started getting themselves into local gigs while reaching their first international audience through Instagram. In the beginning of 2017 the project dropped its debut album - ‘Islandkid cassette’. It was released on cassettes and tagged as ‘cloud-punk’ by Belarusia's biggest art and music magazine 34mag. ‘Islandkid cassette’ summed up the sound and the aesthetics of Weed & Dolphins music of that period. It was a compilation of home recorded playful pop songs with gloomy lyrics behind childish guitar melodies and freaky synths. The production of the album was based on clashing the '80s & '90s post-punk/grunge type arrangements with chopped-n-screwed rap refrains, monotonous spoken word verses and trippy vocal melodies.

The independent Belarusian music guide Experty.by described it as “something between sequenced freak-punk of Atom and His Package and lazy dream-pop of Beach Fossils”. Due to the DIY way of releasing the album and lack of promotion, major blog appearances and management, ‘Islandkid cassette’ didn’t get much international attention as a record. At the same time putting the album on cassette tapes allowed to spread it among retro DIY aesthetic lovers, while positioning the project as an active live band capable of bringing the actual album sound on stage gave Weed & Dolphins a chance to start getting on shows and events outside their home country.

In late 2017 and during 2018 the band did a number of gigs and festivals in Russia, Ukraine, Slovenia, Serbia, Lithuania, Estonia and Hungary with appearances at Ment Ljubljana, What’s next in Music? and Budapest Showcase Hub. In January 2019 Weed & Dolphins performed two showcases at the internationally renowned Eurosonic Noorderslag Festival in Groningen, The Netherlands. To divert attention from what is really hidden somewhere underneath the slums of Minsk, the Belarusian self-proclaimed 'shoegaze-rap project' continues to do underground gigs across Europe.

New single High is the TCBYML debut for Weed & Dolphins, and the first single since their 2017 debut album. The song is about trying to get away from pressure by using illegal substances, getting trapped in an illusionary world, losing your way and staying there forever.