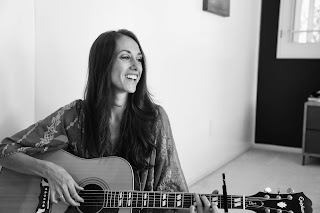 Singer-songwriter Francesca Brown is a California girl, steeped in the sound and visual traditions of the Southwest. Her love for old timey country and folk is offset by an inherent Laurel Canyon hippie vibe and a deep appreciation for the Blues stemming from her shared midwestern roots. All of these influences coexist in her evocative soundscapes, which fall somewhere between Joni Mitchell and Loretta Lynn.

Brown’s early life wasn’t always easy being raised in an unstable environment moving between California and Illinois. Home life was a serious challenge and in many ways Francesca raised herself, waitressing as a teen. “Waitressing was my financial stability, but I also had my dreams,” she reflects. “I never expected to be working in restaurants this long.” Around 2012, Brown’s sister passed unexpectedly, and soon after her mother fell ill with cancer. She became her mother’s primary caregiver while simultaneously raising her infant son. It was a trying period for Brown whose priority was to maintain stability for her son, even though at times she felt overwhelmed with anger and sadness.

Music became her lifeline, and after she weathered the storm, Francesca was able to channel her grief into a debut LP, Collide, and began spreading her classic folk vibes through the California desert and mountain towns. 2016’s Collide was followed by the Whiskey Barrel Blues EP in 2017 and the single “Honey I’m a Woman” in 2018. These were fiercely independent proclamations from a woman coming into her own and were soon recognized with airplay from the likes KCSN and Nic Harcourt's “9 O'Clock News.” “I see that there is such a deep fear for women to really unwind and just be, the way a man can,” Brown says. “I really try to speak my truth as a woman, even if it’s ugly and vulgar. It’s more important to be strong and empowered than to be accepted as pretty and delicate.”

Brown’s latest single deals with the reality of hustling waiting tables while holding faith her dreams come to fruition. The track glistens with an upbeat twang and weary steel pedal guitar - a plaintive throwback country song, in the vein of Dolly Parton’s “9 to 5” single. “Hashslingin’ Blues’ is all about having paid your dues and finally being recognized for what you’re passionate about,” Francesca asserts. “Not all those other side hustles we musicians and artists must do to survive.” 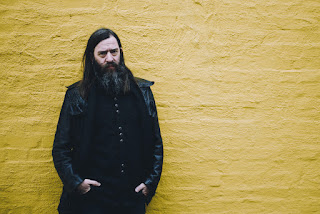 Following first single "Leaf in the Wind', Torgeir has now shared 'Heart and Gold', a new track taken from the upcoming album. Of the soul-searching song, he said: "It is a look in the mirror on how I’ve dealt with love throughout the years and how I feel about where I've ended up in life".

Inspired by Brian Wilson's 'Love and Mercy, Waldemar reflects on the album's title, "Love is the driving force behind all our actions. But love isn’t necessarily beautiful or pleasant – it contains too much – everything from self-destruction to crimes of passion. We need to take care of one another, but also the world around us. We've been acting out of love, even if it’s love of money or status. As a consequence, the oceans are dying and the forests are burning. Is this the way we show future generations what love is… Love requires commitment and also has consequences."

Having played in several semi-successful Norwegian rock bands while also working at an institution for people with drug problems, Torgeir Waldemar had seen the darker sides of both the music industry and life in general by his mid-30s. Anxious to try something else and inspired by a batch of new songs, going solo seemed like the obvious choice. The three-track EP 'Take Me Home' was released in 2012 and, although it didn’t catapult Waldemar to stardom right away, it made some waves eventually attracting the attention of local record label Vestkyst Records. It also landed him support slots with several more famous artists, as well as a handful of festival bookings.

For those who hadn’t already been paying attention, Waldemar’s self-titled debut album seemingly came out of nowhere in 2014 and took Norway by storm. The critics went wild and a few, very loose, comparisons with Neil Young, Gene Clark and the Laurel Canyon scene followed. The album spawned an unlikely underground hit with 'Streets' and Waldemar was nominated for the Spellemann Awards (the Norwegian equivalent of the Grammys) in both 'Country' and 'Newcomer of the Year' categories.

Widespread touring ensued and, having signed a new deal with tastemaker label Jansen Records, Waldemar was ready to release his sophomore effort in 2017. A louder and more forceful album than his introspective and contemplative debut, 'No Offending Borders' addressed Norway’s inhumane immigration policy and right-wing government. The album landed him another Spellemann nomination and launched Waldemar's career outside Norway with rave reviews in the UK, Germany and Benelux. This summer Torgeir Waldemar recorded his third full-length album, 'Love'. A meditation on love and its wonderful and terrible aspects, the album is Waldemar’s most ambitious work to date. 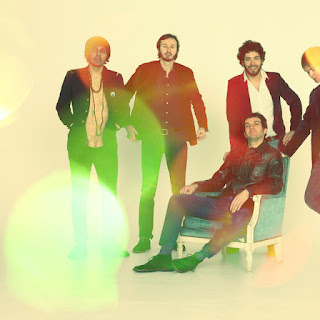 After "Asile", their very pop and cinematic 4th album (end of 2018), The Rebels Of Tijuana are back with a freshly titled EP "La Dominicaine". A story about a girl under the sun gone wrong. Again recorded on analog tape at Back To Mono Records by sound guru and all time friend Christain Hierro, 10 years after their first collaboration. Here are 4 Detroit styled garage tracks with fuzz and street like spirit, all wrapped in the tongue of Ronnie Bird.

​With their new EP, The Rebels of Tijuana are going back to their yéyé and psychedelic roots (J'adore ce flic, Un foutu hippie...). La Dominicaine will be out on December 20th.

Hyperactive on stage and in the studio they are stockpiling albums, singles, EP's, compilations, European tours, festivals (Paléo, Printemps de Bourges...)  and openings for Jon Spencer, The Charlatans or Sallie Ford to name a few. ​The Rebels of Tijuana have made themselves a solid restless rock n roll reputation, known and praised by french and international press (Rock&Folk, Les Inrocks, Canal +, France Inter, FIP, RTS, CISM & CIBL…).

​Founding group of Le Pop Club Records, The Rebels of Tijuana add another string to their bow with their music being featured on soundtracks for American and Australian TV series ("You're the worst", "Beyond", "Offspring", "Very bad girls") and a British TV add for Orangina.