January 22, 2020
CocoRosie have just shared 'Aloha Friday' ahead of their seventh studio album due in March, the contrast with 'Smash My Head' is notable and suggests the sisters have plenty of new ideas for us to enjoy. === Bullion has released 'Hula' ahead of a new E.P, and it's a remarkable mixture of musical sounds that are beautifully arranged, his vocals adding another layer on this addictive track. === New York City based Ben Seretan latest song is 'Power Zone' a sumptuous bluesy ballad where emotion and personal vibes flourish. === We have a taste of Emotional Response Records 5th volume of 'Typical Girls' compilation series through Color TV and 'Anybody's Girl' a feisty pop punk song and hopefully we can share more from the sixteen track selection ahead of it's release. === Described as mixing Celtic and World music inspired styles Nessa have just released 'A Stitch In Time' and it's a creative and gorgeous song, where attaching any specific genre is pointless, file under fabulous, for it is all of that. === We featured Smoke Fairies a couple of times at the end of last year and now we have the brand new single 'Chew Your Bones' and once again it's original and creative, and the vocals and harmonies really stand out as special. === Finally today we have Alex Winters with 'Hearts On Fire' a smooth flowing song, where the singer songwriter has added a rockier edge to her music and one that works very well.
------------------------------------------------------------------------------------------ 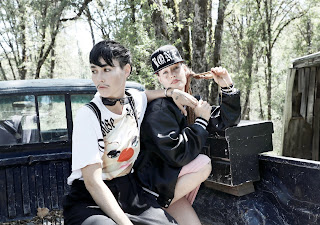 CocoRosie (Sierra and Bianca Casady) announce their first North American tour dates in honor of their upcoming album Put The Shine On. In April, they will play their new music and old favorites in one-of-a-kind live shows in Los Angeles, San Francisco, Chicago and New York.

Along with the tour announcement, they share a third track “Aloha Friday”  of their 7th studio album Put The Shine On to be released March 13th 2020 via Marathon Music Group.

Bianca Casady introduces the new song: “Dear ones, we are excited to announce the release of another song from our upcoming album. Aloha Friday was written in my birthplace, the Big Island of Hawaii. It's a melancholic special something for you all to enjoy.”

The follow-up to their 2015 album Heartache City also includes the single “Smash My Head” which was released in late 2019 with the Bianca Casady-directed videe. CocoRosie about “Smash My Head”: "For us, our song "Smash My Head" is a running-on-fire cry from the teenage heart, an inner scream we never dared to let out. The song climaxes in an exaltation, an expression of ecstatic death. It journeys from a hard-knock desert childhood scene to a transcendent cosmic passing to another realm.”

Summer 2019 saw CocoRosie return via a collaboration with Chance The Rapper, “Roo” (co-written, produced and performed by CocoRosie) on his album, The Big Day. In August, CocoRosie released their first new song in 2 years called “Lamb & the Wolf”. The single featured artwork by legendary theater director, visual artist and their frequent collaborator, Robert Wilson and came after the January 2017 single "Smoke 'em Out" (feat. ANOHNI).

CocoRosie is the music-based project of American cross-disciplinary performance artists Sierra and Bianca Casady. Their songs blend a myriad of styles and references, from hip-hop to folk and opera, shaping the most painful of experiences into memorable and evocative pop songs. Taken as a whole, CocoRosie’s music is an ongoing psychologically intimate dialogue between the siblings. Each sister has multiple personae and vocal styles; Bianca delivers troubadourian-style rap while Sierra often responds with ethereal tones while accompanying their voices on harp, piano, or guitar. A quintessential part of their sound is a percussive landscape made using children's toys and other found objects which adds a particular nostalgia to their songs. 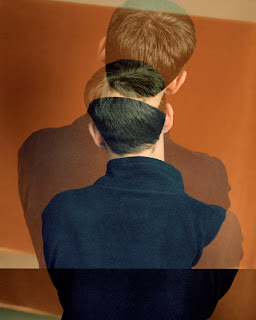 Bullion shares new song “Hula” and announces EP We Had A Good Time, out 28th of February on his own label, DEEK Recordings.

In early 2018, Nathan Jenkins (Bullion) returned from the coast of Arrábida to his new home studio, in a cottage tucked behind the grand hotel setting of Wim Wenders’ Lisbon Story. Breaking for lunches under a Datura tree in the garden and a far cry from the Finsbury Park basement flat he rented the previous year, a set of recordings followed that galvanised into an E.P. - We Had A Good Time, music informed by out-of-town trips in a 1987 Renault 9 Super, impromptu car park hulas and solo cinema bliss.

We Had A Good Time follows Nathan’s 2016 album, Loop The Loop and other solo efforts gracing labels, R&S, Young Turks, Whities and The Trilogy Tapes. Blue Pedro, on the latter, making it into Crack Mag`s Top 100 Tracks Of The Decade.

DEEK Recordings, which Nathan started in 2012, carries the tag-line and aesthetic, Pop, not slop! - illustrated by an ongoing play-list of the same name and is further explored in a series of compilations where Nathan and friends cover and reinterpret unsung “unclassics”. From alt. country to obscure `80s European art-house scores. The latest compilation in the series, 4 Down came out in October last year. 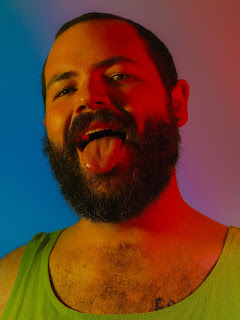 Ben Seretan--acclaimed New York City based guitarist and singer-songwriter--has announced the follow-up to 2016's Bowl of Plums with a new single, "Power Zone," out everywhere now. The album, Youth Pastoral, explores the mythic California Seretan experienced as a Christian teenager, as well as his departure from God's shadow and the path of fire he later walked down in the midst of a tumultuous codependent relationship. It is a deeply personal record, one in which he explicitly sets the simple triumph of living through it to music.

The lead single, "Power Zone" (and much of Youth Pastoral), also features vocal harmonies from Seretan's close friend, the late sculptor Devra Freelander, who tragically lost her life in a bike accident in Williamsburg last July. Seretan (and Knishkowy, mentioned above) penned an open letter to Medium last week addressing Freelander's contributions to the record, as well as the heavy feelings around releasing her work posthumously, sharing, "When I wrote the lyrics to this song I was thinking about my complicated relationship with gods and saviors. Now when I sing the line, “pray to the breeze / with asphalt in his knees” all I can think about is that street corner." The track is surprisingly serene for someone known for ripping the guitar. It feels like a two-armed embrace, with blue hearted lyrics and a weeping lap steel. "Who is this song sung to?" Seretan writes, rhetorically, before answering, "A higher power that has evaporated, a lover that has left, or maybe something that's somehow both."

In 2016, Various Small Flames wrote, "Seretan’s music is all about making the most of life, grasping the good and shedding the bad to allow your time to be as light and bright as possible." And while Seretan describes his new album as "A less starry-eyed outing," his ecstatic joy remains. 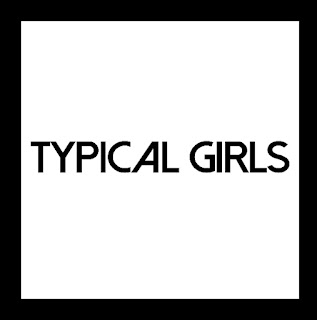 Emotional Response Records releases the 5th volume of 'Typical Girls' compilation series of up and coming female punk, post-punk, hardcore, synthpop, and garage bands from around the globe.

"Who invented the Typical Girl?" The Slits gleefully proclaimed as they attacked sexual stereotypes way back in 1979. There are no typical girls. Just remarkable women making remarkable music, as this compilation highlights.

VOLUME FIVE of the ever popular series, featuring 16 of the worlds greatest current female fronted punk and indie bands from around the globe. 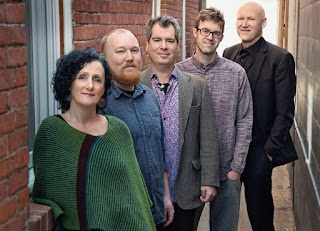 Nessa - A Stitch In Time.

Michigan-based band, Nessa, led by flutist and vocalist Kelly McDermott is fresh out of the studio and will be releasing their third full length album "Otherworld" on March 6, 2020. This is McDermott’s finest work yet!

The first single, “A Stitch in Time” was released this passed Friday, January 17. Nessa has been compared to Loreena McKennitt, Brian Eno, and Enya. Kelly and her band bring charm and delight to listeners of all ages.

Nessa is classified as World Music/Celtic Inspired, and the music is fusion in the truest sense. It is what you get when you put highly trained classical, jazz, folk, Emmy winners, Grammy winners and world musicians in the same ensemble.

The album supports social justice and the environment. Book ended by a successful crowdfunding campaign at the beginning of recording and a near fatal car accident at the end, “Otherworld” guides listeners into a safe harbor of sound. 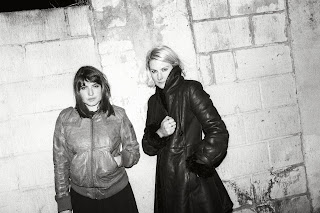 Smoke Fairies have released their new single ‘Chew Your Bones’.  It is taken from their upcoming 6th album ‘Darkness Brings The Wonder Home’ which will be released on January 31st.

Talking about the single, Katherine Blamire explains "I needed to write about the growing feeling that the world is on the verge of real change, there is the sense that there is this scary, unknown future lurking just beyond us. We'd just adopted a cat and were told to keep him inside because the Croydon Cat Killer had just struck in the area. This sanctioned belief of a mythical killer lurking the streets was terrifying and intriguing. At the same time I was reading Sarah Perry's gothic, Victorian novel ‘The Essex Serpent’ about a fabled beast that stalks the Essex backwaters. Both these tales came together to help me finish the song.”

New album 'Darkness Brings The Wonders Home' with producer Phil Ek (The Black Angels, Fleet Foxes, The Shins) over the course of a rigorous month-long session in Seattle, drawing inspiration from mysteries both real and imagined: sea monsters, flocks of crows taking flight in extravagant formation, and strange creatures dwelling in the mud near their new South London abode.

“Times of darkness are when people are often the most imaginative,” says Jessica in reflecting on the album’s title. “It helps you to see all the wonders of the world you hadn’t noticed before - the things you’ve been blind to because you’ve been on autopilot for so long.” 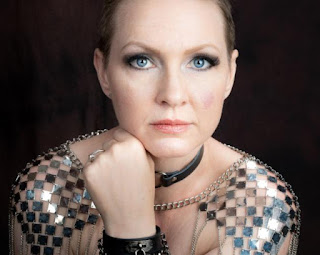 Alex Winters is currently sharing her video and single for "Hearts on Fire."

Alex continues to develop her unique solo repertoire, reveling in a vision that is still introspective and sensitive, yet equally strong, enigmatic and haunting. With her latest EP Black Roses, Alex has added an electric edge to her acoustic singer/songwriter persona, resulting in a more blunt sound akin to Evanescence and Grace Potter, with a touch of Heart.

The new record has a distinctly rock feel that brings a new dimension to her heartfelt songs without alienating longtime fans of her introspective compositions. Her stories of heartbreak, inner turmoil, and life's complications are now told from the perspective of a woman with more edge, a dreamer who has walked a few more miles down her own road.

Whether performing solo, duo, or with a full band, Alex brings a fun yet sophisticated ambiance to her live performances. Her connection to her audience is very real and her stage presence natural and comfortable. You can expect that everyone in the room will feel like they are a close and personal friend by the end of the evening.