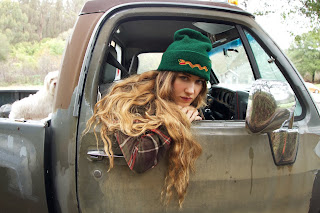 Grace Inspace - Off The Grid.

During the onset of the evolving covid-19 crisis, multi-instrumentalist and songwriter Grace Inspace found herself fleeing a rental apartment in LA for the unpopulated safety of rural California. Sleeping in the back of a pick-up truck and bathing in the icy waters of the Smith River, she headed for her family homestead in the Six rivers region of the Siskiyou Mountains. Her new song, Off The Grid is the sonic embodiment of the premonitory dream you have right before everyone is donning masks and growing their own kale.

“This song is born of two worlds and a pick up truck. It was recorded in a home studio in Los Angeles with one of my drumming heroes Stephan Perkins sitting in before all this started melting down. Now is the time for this song, these worlds are colliding; there is a great learning going on.”

“I live somewhere between central London and an extremely rural outpost in California, where the pot plants grow high and the second amendment posters sit amicably alongside rainbow flags. Peace and tolerance!”

23-year-old Grace has a mature head on her young shoulders, with politically charged character-driven lyrics amidst collaged soundscapes. She’s currently sequestered in that 100-year-old cabin in the woods, writing and recording a second collection of songs. 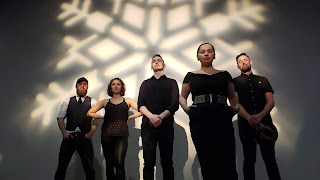 The Jerry Cans - Swell (My Brother).

Iqaluit’s The Jerry Cans have always been, and will always be, a band from and for the north. But on Echoes, the JUNO Award-nominated group’s upcoming fourth full-length record, they’re not the band they used to be. The record arrives with a wash of glassy, slashing electric guitars, thundering drums, effects-warped throat singing, and darkened violin work. These are sounds of love, anxiety, desperation, and grief, and the tangled relationships between these things. It is intense and heavy, a charred, deep-blue Arctic indie rock soundscape.

From the start, The Jerry Cans—guitarist/vocalist Andrew Morrison, vocalists/throat singers/accordionists Nancy Mike and Avery Keenainak, violinist Gina Burgess, bassist Brendan Doherty, and drummer Steve Rigby—have been committed to making music that honours and dialogues with their home communities. With Echoes, they reaffirm this commitment, but do so with a collection of songs that burns their usual blueprint. 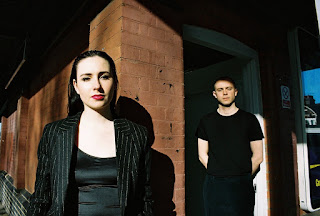 South London band Gaygirl return today (20th May) with new single "Killing It", lifted from their debut EP Pleasurehead, out this Friday 22nd May via Permanent Creeps.

A schizophrenic grunge-pop track and the final showpiece of the EP, singer Bex Morrison said this on the ferocious new single: ""Killing It" is about feeling stuck and the flitting emotions between trying to make things okay, and being on the verge of having a complete meltdown. The extreme up-and-down contradicting lyrical content is reflected throughout the song and as it progresses, falls more and more out of control."

Pairing the raw, emotional grunge of PJ Harvey with the immersive, bold alt-pop moments of early Garbage, each of Gaygirl's 4 band members bring a unique set of influences to the table. As a unit, not only do they create a sound that is hard to pin down, but with every twist and turn – they make an impression that’s unshakable.

Speaking a little more on how "Killing It" came together when recording, Bex said: "When we play the song live it's pretty chaotic and we wanted to make sure we got that across in the studio by experimenting with various vocal and guitar effects, and just having a lot of fun with it. The process from writing to when we took it into the studio was really just playing around with lots of different ideas and inspiration, adding things in and taking things away until we knew it felt right."

Consisting of songwriters Bex Morrison (vocals, guitar) and Lewis Clark (guitar), and completed by Louis Bradshaw (drums) and Tom Coyne (bass) – Gaygirl have earned a reputation for their hypnotic and visceral live performances; playing shows with the likes of Sorry, Automatic and Calva Louise in 2019.