Lavender Diamond - Look Through The Window.

Lavender Diamond return with the official video for "Look Through The Window," their first release of new music in more than 8 years. Earlier this year, the Los Angeles-based trio of Becky Stark, Steve Gregoropoulos, and Ron Regé, Jr. announced their signing to Petaluma Records and a now-cancelled tour with Bright Eyes.

"This song resounded in my heart and mind for months - it was all I wanted to sing," said Becky Stark. "It felt so mysterious - a song about such deep isolation, separation and rebirth. When the quarantine began it suddenly seemed that this song had come to speak to this moment of trial and transformation - and contained within it a prayer for the healing of our world."

The song was recorded by Jason Soda at Palomino Sound and Steve Gregoropoulos at Ransom Notes and mixed by Tucker Martine. The recording also features an 8-piece orchestra featuring Bright Eyes' Nate Walcott on trumpet and Sasami on french horn.

Lavender Diamond has been on hiatus since the release of their 2012 album Incorruptible Heart. Becky Stark is also a member of the Living Sisters alongside Eleni Mandell and Inara George, and has collaborated with John C. Reilly, The Decemberists and She & Him. In their review of Incorruptible Heart, Pitchfork stated, "It would be easy enough to call these 'side-projects,' but it's more helpful to think of Lavender Diamond as just one nook in Stark's glitter-spackled pantheon of boundless creative joy." 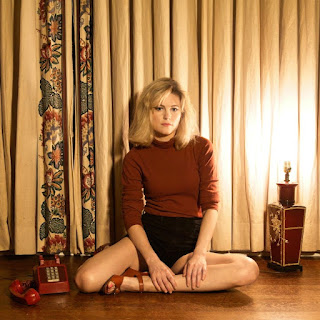 The new song by an indie-folk artist Anne Freeman who grew up in the Mississippi Delta, not far fro Bobbie Gentry’s hometown.

She caught the ear of Graham Hamaker (also of fat Possum) and he signed her to his new label Muscle Beach. The single “Days Go By,” was mixed by Matt Ross-Spang (John Prine, Margo Price, Jason Isbell)

She’s just starting out but she’s already played festivals in her home state and been on Mississippi Public Radio as well as American Songwriter.

Anne says, “’Days Go By’ is about struggling to cut ties with a toxic friend but constantly getting lured back in. Everyone has someone or something in their life that makes them feel incredible for a while, but eventually leads them down a dark path.” 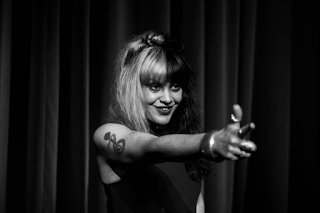 The album 'Lioness' represents the female who fights for a positive change and protects the weak. The songs on this album are arranged according to a breakdown (which we're currently suffering) and the re-organization of this chaos. On the A-Side, a climax is reached with the B-Side going back to a beginning, an effort to reach a meaningful synthesis of the technological advances and an inner and societal return to nature in order to save humanity/future generations. In this album, each song is imbedded in certain healing sound frequencies. Musically, the album is an attempt of combining several music styles such as krautrock, punk- and psych rock, shoegaze, jazz, pop, or blues not only to mirror our current time but also to attempt to go ahead and create something new.

After having finished her PhD on the biophilic healing functions of music in African-American literature in London/New Orleans/Berlin, Dr Monika Demmler started her musical project, Stony Sugarskull in 2015 where she has channeled her academic music-philosophical inquiry into her creative works of songs, lyrics, and sounds. Dr Monika Demmler has produced three releases so far: Trust (EP), Gaia (EP), and Butterflies (Single), available on all major online platforms. “Trust”

The self-released “Gaia” appeared in March 2017 and was issued worldwide on vinyl, cassette, & through online digital distribution services. The work is based on the philosophical ideas of a return to Gaia, the first goddess or “mother nature,” in our overtly synthetic technologized age. The EP’s first performance was live at the 8mm Bar in Berlin after which followed additional gigs in Berlin and London (e.g. Madame Claude, Berlin, Fete de la Musique, Berlin). These performances included her local band members (Gael Pettinaroli, Colin Dayer, Dr Hans-Dirk Düngen).

Her third self-release, “Butterflies” was a single recorded by Guido Wolters at her home studio in Berlin. Following this recording, Dr. Demmler expanded her musical horizons by traveling to Los Angeles and immersing herself in that reputable music scene. It is in LA where Reid Murray (drums), Denee Lee (lapsteel guitar) and Landon Reed (bass) joined her project for live performances in the US followed up by a five-week-long European tour across the UK, Germany, Belgium, Austria, Serbia, Greece, Spain and Switzerland.

In 2020, her debut album, LiONESS; a mix of psychedelic, punk rock, krautrock style, mirroring the socio-political background/moods of the 21st century, along with the inbuilt music healing frequencies of guitar and drum sounds derived from her philosophical studies.