May 12, 2020
Laura Cortese and The Dance Cards share 'From The Ashes' as a preview for their 'Bitter Better' album set for release in July. Their claim to push the boundaries of folk and roots music is subtly born out with this gorgeous track. === The first single and video from Art of Empathy 'End Of I' album is the atmospheric piece 'Where Souls Shine Brightest' a song that is both mysterious and dramatic. === Josiah Johnson has just released his new single 'False Alarms' which gradually builds into a beautiful, personal and totally engaging song, where the splendid musical arrangement is just right for his vocals. === Nicole Atkins has shared 'Mind Eraser', a new track from her upcoming album 'Italian Ice' due out at the end of the month, the song itself takes on the subject of Lucid dreams (and do I get plenty of those) doing so with an addictive and imaginative mixture of sounds.   ------------------------------------------------------------------------------------------

Laura Cortese and The Dance Cards - From The Ashes.

Laura Cortese & the Dance Cards have shared their song "From the Ashes" from their July 17 album BITTER BETTER. The album finds the group drawing on their extensive string music background and knowledge of folk and roots music, incorporating dance-worthy foundational grooves, synth, and loops to push the boundaries of the genre. Inspired by the resilience of friends in California who lost their homes following the 2018 wildfires, San Francisco native Laura Cortese wrote this autobiographical song. "'From the Ashes' came from me thinking about all the ways things are torn down and rebuilt, including ourselves, in a lifetime,” she says.

“In fall 2017, we toured through California weeks after the Tubbs fire that combined with high winds burned more than 36,810 acres and destroyed over 5,643 structures, including four friends’ home,” says Cortese. “What surprised me most was the resilience and strength I witnessed in these friends as they set out to rebuild their lives. As we sit here confined to our apartments and houses, I’m again struck by how quickly people have aimed for solidarity. What can we do for our neighbors? Are we calling our friends who live alone to make sure they aren’t truly isolated? Hundreds of online festivals have popped up intending to support artists & venue staff as well as bring a bit of joy into each other’s day."

BITTER BETTER showcases Cortese and multi-instrumentalist producer Sam Kassirer (Lula Wiles, Lake Street Dive) striving to capture the most adventurous approach to each moment. While the album’s 11 tracks provide relief and release, they also encourage self-examination and personal discovery—the work that is necessary to sustain the energy needed to keep striving, to connect, and to continue to make our complicated world a better place. 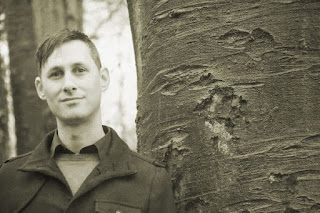 Aenaos Records will publish the album “End of I” by the Belgian artist Art of Empathy as a special Limited Collector’s Media Book Edition, which will be hand-numbered and limited to 100 copies.

The Limited Collector’s Media Book Edition is available exclusively on Aenaos Records' website: Here. Aenaos Records now revealed the first single and video of the album, “Where Souls Shine Brightest”, which is available as a free download on their brand-new website and at Bandcamp.

About Art of Empathy - Art of Empathy is a Belgian one-man project creating music that embraces Neofolk: grounded on acoustic guitars and combined with dreamy or dark synths and whispering, haunting vocals. Sometimes dark romantic, sometimes apocalyptic. Its character full of awe for the wonders of nature. Always driven by melancholy. 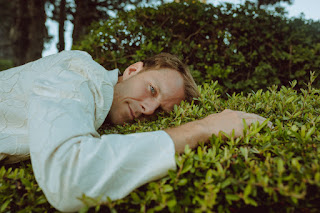 Josiah Johnson – a former and founding member of the Billboard chart-topping band The Head and the Heart - has begun a new musical journey in 2020. Today he is sharing his new ANTI- Records single titled 'False Alarms'.

“There were a few big relationships there in the writing of ‘False Alarms,’ but most present on my mind was my friendship with Jon [Russell, of The Head And The Heart],” Johnson explains. “There are waves and waves of love, of creative force, of spark and hard work creating the whole journey; we’re light-years from where we met now. I was (and still am) learning to accept how we sometimes have to feel the sting of loss in order to be willing to learn the rough lessons and do the hard work. And I’m thankful to be here now.”

Like many before him in need of recovery and self-love, Johnson has learned to cope with ghoulish feelings of self-doubt and he does so with new collaborative tools and creative blueprints in tow, buoyed by a single idea: no matter what happens, the world will still turn and you’re still here.

Earlier this year Johnson released his thoughtful, uplifting debut single “World’s Not Gonna End”. “I know you’re more than capable,” Johnson sings on the single, “It hurts but you can grow large enough to allow it all.” In an age when so many feel resolute anger and pain, this warmly delivered, poignant chorus of personal rebirth and renewed possibility is paramount. 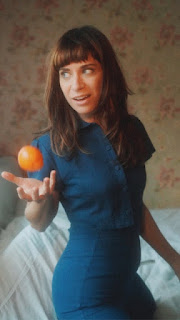 Nicole Atkins has shared 'Mind Eraser', a new track from her upcoming album 'Italian Ice' (29 May / Single Lock Records) today. A groovy meditation on lucid dreaming co-written with My Morning Jacket's Carl Broemel, the string-laden song draws from a wide range of influences including Serge Gainsbourg, Radiohead and Roy Orbison. It’s a wholly distinct addition to an album that Nicole has described as "an acid trip through my record collection.”

"Mind Eraser" follows the release of Italian Ice's radio single "Domino," which has been hailed by Pitchfork as “an apocalyptic groove" with "retro glamour" and "shades of French touch and Jessie Ware.” Rolling Stone deemed it "an excellent disco song for our troubled times."