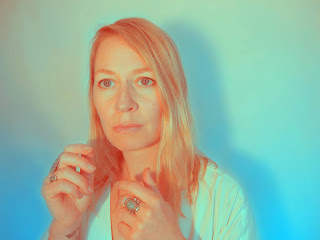 Marin Patenaude’s confessional folk is deeply honest, inspired by the wildness of nature, the messiness of human connection, and the overwhelming desire to run away from it all. Emotional lyrics paired with softly powerful instrumentals craft stories that explore loving and losing, the fragility of the human condition, and stories of a rural upbringing.

The daughter of musical parents and the younger sister of Juno-award winning Pharis Romero, she was raised on folk and country harmonies. While it was a huge part of her upbringing, Marin didn’t initially look to music as a viable career. From landscaping for the rich to running through the woods with her dog, a backpack, and a surveyors map, scrubbing toilets to training horses, she collected many random and interesting skills and experiences to use as songwriting fodder. When travels through other disciplines and passions didn’t last, she made a record; a heavy collection of songs about heartbreak and displacement. A surprising first release, it’s full of gut punching beauty.

Following the release of her self-titled debut in 2016, Marin extensively toured BC’s festival circuit as a solo act, across Canada with Kenton Loewen as part of Dan Mangan’s house concert series Side Door, through Germany and Switzerland as a duo with Cole Schmidt, and worked as a session harmony singer in Vancouver for artists including Khari Wendell McClelland, Sam Tudor, Real Ponchos, CR Avery, Ora Cogan, The Crackling and many more. She opened for Sarah McLachlan at the 2016 Vancouver International Jazz festival at the Queen Elizabeth Theatre, a personal career highlight.

In support of her second album, Marin joined Dallas Green’s Toronto based label Still Records. Sight Unseen was produced at Afterlife Studios in Vancouver, mixed by Karl Bareham, and mastered by Jaoa Carvalho. Marin took the reins on production, and enlisted the help of dedicated players she feels very connected to, musically and emotionally. They kept their hearts and the doors open for magical studio surprises, and the finished album reflects that open minded approach to sound.

Sight Unseen shows a louder, grittier side of Marin’s indie folk sensibility. Citing the influence of artists like Joni Mitchell, Tori Amos, Ani Difranco, Sarah McLachlan, and Neil Young, there’s an underlying darkness beneath the clear, free spirited melodies. For Marin, her songs are an extension of self–an opportunity to be as honest and real as she feels, something she has difficulty doing in the so-called real world. It’s big and it’s not always light. Though she’s a bright personality by nature, she often uses her music as a way to process grief. Her vocals are strong and technically trained, and she’s outspoken about the complexities of relationships and the uncertainty of our current political times. 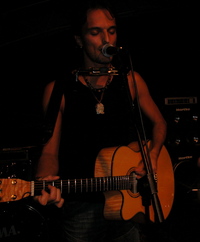 "Big Sleep" is the second single taken from "All the Seasons of the Day" the album that Tommaso Varisco released late 2019 on Seahorse Recordings.

Gradisca Productions helped the musician in turning into images a vision he had through these pandemic times. With all his touring plans halted, and his professional and family life disrupted, Tommaso saw the human race through a macro lens, as ants going through a Big Sleep, while awaiting for the end of the Storm.

The song, a guitar folk rock ballad tinged with americana strumming, is about the desire of giving up with everything to live as an outsider. Tommaso Varisco is a songwriter based in Veneto, Italy, near Chioggia. He released his first album "This Is How I Feel" back in 2006, receiving appreciation from music press.

In 2011 he teamed up with Mike 3rd, guitar player for Ex KGB and Tunatones. The collaboration gave birth to the album “Always”, which mastering was in charge of Ronan Chris Murphy, well known for his works with King Crimson, Steve Morse and Tony Levin, amongst many others.

"All the Seasons of the Day" is a kind of new start for Varisco, showing a disillusioned approach to life and relationships, but also his aim to discover new and unknown places, travelling in body and spirit, always in search of his musical roots.