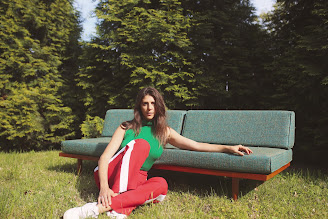 “I wrote this song after deciding to leave a short-lived fling with someone who was emotionally unavailable,” explained Johnson. “The song is about trying to navigate the power struggle that inevitably presents itself in an unhealthy partnership, coupled with the realization that we are responsible for how safe our own hearts are. Thankfully, I found my way out of it, and shortly there-after I met my now husband. Turns out the lotus flower really does grow out of the mud.”

Since releasing her full-length debut Water in a Whale, Jillette Johnson has built a reputation on her ruminative pop/folk, piano-driven songs and powerful vocals, garnering acclaim ranging from Billboard and Paste to Marie Claire and ELLE. Her follow-up Dave Cobb-produced release All I Ever See In You Is Me, prompted Rolling Stone Country to hail Johnson as “Regina Spektor refracted through the lens of American roots music.” She has experienced a period of significant growth in the years since, while navigating a volatile, ever-changing industry and relocating from her hometown of New York City to Nashville. After taking back control of her sound and career, Johnson returns with a hard-won optimism and newfound creative energy. “I Shouldn’t Go Anywhere” is the first look at Jillette Johnson on the other side of a journey through pain and struggle to gratitude, forgiveness, and, ultimately, acceptance. 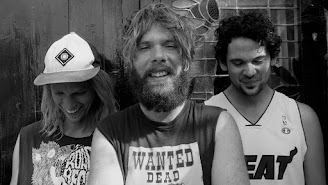 Blue Stragglers - She / Late At A Festival.

Encapsulating the Stragglers’ intention to write anthems for festivals lost and yet to come, ‘She’ and ‘Late At A Festival’ represent a one-two of utterly infectious and euphoric garage-rock.

‘She’, for all its swaggering riffage and alt-rock punch, is in many ways the perfect pop single: sub-three minutes of melodic immediacy with a verse and chorus so catchy you’ll be singing along on second listen. It also focuses on that most classic of pop themes – unrequited love. According to Stragglers’ frontman Lee Martin, ‘She’ is “A cheeky south London romp about the one who got away.” This is a track that oozes sweet menace, carried along by a hook that displays the trio’s guitar, bass and drums dexterity at its unified best.

‘Late At A Festival’ melds harmonic indie sensibilities with a fuzzed-out guitar line that the Nineties forgot to write. A paean to lost love that was written after the band spent a hazy weekend stumbling around Dorset’s End of the Road Festival, the song draws as much on the likes of Blur as it does Demob Happy or Boy Azooga. Lee’s chiming guitar line contrasts with the powerhouse intent of the rhythm section as ‘Late At A Festival’ crests from understated melodic counterpoints into crunching overdrive that hints at the song’s ferocious crescendo.

About the ‘Blue Stragglers’ EP - Comprising five heavyweight alt-rock gems that lay equal claim for A-side status, Blue Stragglers’ debut EP captures the Sussex trio at their muscular, melodic finest. Recorded and mixed by engineer and producer David Holmes in the belly of Lightship 95 at Soup Studios – a houseboat turned recording studio docked on the Thames in East London – the EP sessions were almost over before they had even begun. Recording took place during a ferocious winter storm, which turned the loading of equipment across the Lightship’s ice-covered bridge into a precarious ordeal. Thankfully, the dreaded cry of “man overboard” was never heard and Blue Stragglers laid down five songs that are unequivocally up to the task of being played “during the sunset slot at festivals”, as per the band’s stated aim.

The mastering of the EP was shared between Bill Skibbe of Jack White’s Third Man Mastering in Detroit and Oli Morgan of Fluid in London. 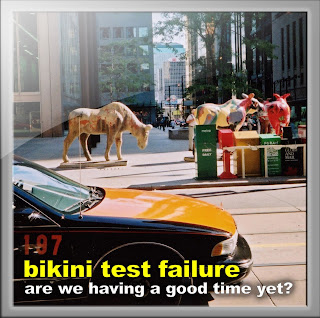 Bikini Test Failure - Are We Having A Good Time Yet?

Originally on my first Bikini Test Failure album, (Another Day Another Fat Pile Of Cash) this is the track that got me all the attention back in the day. Now during lockdown, it’s remultitracked, remixed, remastered and I’m really looking forward to playing it to a new audience who might have missed it the first time around.

But here’s my big story today: twenty-five years after starting Blague Records, I’ve finally made my first “pop” video! It took a month of filming on my iPhone, a week of editing and a global pandemic to make me bother! 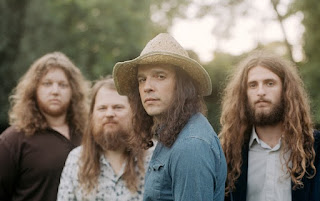 Cordovas’ new album 'Destiny Hotel', out 30th October on ATO Records, is a work of wild poetry and wide-eyed abandon, set to a glorious collision of folk and country and groove-heavy rock-and-roll. In a major creative milestone for the Tennessee-based band—vocalist/multi-instrumentalist Joe Firstman, keyboardist Sevans Henderson, guitarist/vocalist Lucca Soria and vocalist/multi-instrumentalist Toby Weaver—the album harnesses the freewheeling energy of their live show more fully than ever, all the while lifting their songwriting to a whole new level of sophistication. The result is a batch of songs that ruminate and rhapsodise with equal intensity, inviting endless celebration on the way to transcendence.

“We wanted to strike the term ‘want’ from our music—to get rid of all the ‘Baby, baby, baby, I want this, I want that,’ and create something more useful,” says Firstman. “We needed to make sure these were songs we’d be proud to sing forever.”